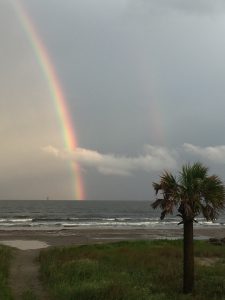 I had abdominal surgery two weeks ago, so I got sent home with some narcotics. I wasn’t in much physical pain, but I noticed there was a lot of psychological relief in taking the narcotics. I was anxious for an upcoming meeting, so I found myself taking hydrocodone for the calming effects more than for the physical recovery. Any reader who had been in medicine for even a short time should be able to see the alarms of pre-addiction in the previous three sentences. Happily, I caught this too and never finished my prescription. (And the meeting went very well, too.  Of course, this had nothing to do with the narcotics.)

But, it’s not a guarantee that I would have caught the pre-addiction. And even if I did catch it, who is to say I would have wanted to? Narcotics provide an excellent pseudo-peace, and a priest could have easily convinced a surgeon he needed a refill. As a friend of mine says, “You’re a master of your own deceit.” But if I enjoyed the peace of the hydrocodone, I noticed a great irritability as I came off even one pill. It hit me that drugs build a Tower of Babel: An attempt to bring the peace of heaven to earth, replete with a crash (even after one pill.) This really is the nature of all sin: Temporary peace with minimal concern for a future of unintended negative consequences.

This is where vulnerability comes in. Because each of us is a master of our own deceit, there is no way to live the Christian life alone (except hermits who, in the early Church, had to prove themselves through at least a decade of communal monastic life.) When I entered seminary, I thought “The orthodox—we got the sacraments but the progressives whine about community a lot.” But as I’ve gotten older, I have seen that we can’t really walk with Jesus unless we have both.  Live both.

Are we Catholics vulnerable with each other? Forgive a few sweeping generalizations before we get to the good news of the Gospel. Of course there are a lot of exceptions to this, but in my experience “the Greatest Generation” of Americans was too busy saving Europe amidst WWII and raising their baby-boomer kids to even have the time to be vulnerable. The baby boomers faked (and still do fake) the notion that everything is just great in their spiritual lives. But their children have taken a very different approach:

Even outside the Catholic circles, the youth of today are known as a “confessional generation.” Notice that the youth of today put even their suicide threats on Facebook. Their parents find out on Facebook that their son or daughter is suicidal…not in person. It is no wonder that they long for love, for community, for boundaries more than Disneyland Dads can provide. I am convinced that young Christians today—Catholics and Protestants alike—use the term “vulnerable” more than any other time in Christian history. In fact, sometimes that term is annoyingly overused.

But I’ll take it, and here’s why: An open wound is easier for Jesus to heal through His priests if the mystical body gets there first. It takes both Christ the head and Christ the mystical body (small communities) to be able to bring the broken-hearted children of this virtual-generation to the sacrament of confession. A few close friends are needed for support, encouragement and accountability after the initial conversion.

Let me give a prime example. After a late night in adoration, I went to IHOP with a good friend around 2am. He “came out of the closet” to me. I suppose it wasn’t so much a “coming out” because:

2) That night he explained that he had fought to live chastely for years.

Thus, it was more of an admission of a lifetime of same-sex attraction than a double-lifestyle. But I wanted to hear his conversion story. Since this was IHOP and not a sacrament, he gave me permission to share with you. 1

He continued to explain that his initial conversion to trust in Jesus came from evangelical television! His reentrance to the sacraments happened through the Catholic charismatic renewal. Finally, the real solidification of living a chaste life as a man struggling with same-sex attraction happened with a very deep entrance into the Mass, the Rosary and Adoration where he found freedom. I had hoped this was the end of his conversion story, but he admitted to me that he still had falls, albeit infrequent.

On top of the Rosary, Mass and many hours of adoration, he needed something more to follow Christ with his heavy cross: Vulnerability with a few friends. Now, let me pause and say that me pointing this out is not placing the Mystical Body of Christ (community) over the Eucharistic Body of Christ (the sacraments.) It means he needed community to live the sacraments worthily, and that the mystical body flows from the Holy Sacrifice of the Mass without negating it. My friend told me how he entered the Catholic group Courage. There, he found strength in friends who had also struggled with Same-Sex attraction but strove for chaste lifestyles.

But his greatest success against violent temptations came from his chosen transparency with a few straight men. These friends of his knew how to keep him in brotherly love and sacramental accountability; these were men who could challenge him without condemning him.

The picture I chose for this blog post is above. I shot it just after a storm at Grand Isle, Louisiana a month ago. A storm can be like a surgery: Violent but cleansing. My friend’s descriptions of beating some of his temptations are just this: rough, not-sure-where-God-is, but cleansing if he can just hang on to the other side of the storm.  Obviously, the rainbow is the sign of God’s covenant of love after the storm of sexual purification (literally in Genesis 6-9). My friend’s story is evidence that we Catholics need to reclaim the rainbow as a symbol of extreme sexual purification for Covenantal Love. Love has nothing to do with a “pride” rainbow, for pride is the vice that constitutes the number one prevention of Divine-Covenantal love in the gay community, or any community for that matter. True purification and loss of addiction always comes with a fear of reality, and it is reality that is in some sense the beginning of intimacy with God (hence, what is so bad about drugs.)  God is not chemicals but three real persons, the Father, Son and Holy Spirit, who wants us in heaven, “where God Himself wanted to be their Eternal Reward.”—St. Therese. This recipe requires vulnerability, community and conversion among penitents.  The other ingredient is compassionate priests in the confessional.

As I get back on Facebook after being gone 7 years, I am surprised at how many of my priest and lay-missionary friends have 2 or 3 or 4 thousand friends. The point of this post is to say how much better it is to have a very small Christian community of three or four people with whom you can be vulnerable and transparent than 4,000 Facebook friends. The three friends can help you follow Jesus because they can engender an intimacy and accountability that Facebook can not. Maybe even married couples need another couple with whom they can walk the path of genuine, vulnerable accountability.

I think Mary Magdalene may represent the youth of today, as they come in fear before the severe Mercy of the great lover-surgeon Jesus. But in coming to Jesus, they should see that Mary Magdalene was finally naked not in body, but in soul. Jesus ejects seven demons out of her, and maybe His infinite purity transformers her lifetime experience of inadequacy before men. For the first time ever, her vulnerability had paid off.

But it took the courage of St. Mary Magdalene admitting: “Not everything is okay in my life.” And then and only then, the cut of Divine Surgery…is more gentle than we thought. So also with the sacrament of confession for most people returning after a decade.

A friend once wrote me something she gave me permission to share:

“Oh I am. It’s a barrier in my relationship with Jesus…a deep wound many ‘prodigals’ have…seeing ourselves as lovable. I cannot grasp, intellectually/emotionally that I am lovable…I don’t believe it. I suspect an ulterior motive…or that I must earn this. Freely given? Seen as precious or unique…there is a blockage there. I can give this, but am embarrassed when someone returns it. I think that Jesus saw this in Mary Magdalene…that she loved Him, and expected nothing. She was utterly grateful that He even allowed her to thank Him for His proclamation of forgiveness and mercy of sinners like herself…so I can’t imagine what it was like for her to receive His addressing of her wounds, in particular. No wonder she never left Him…at the Cross, in the Garden.” 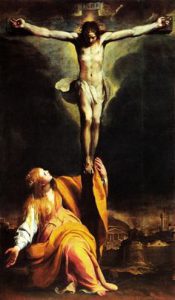