There Is Only One Abrahamic Faith

There is only Abrahamic Faith, and that is Christianity—which is Catholicism.  Remember that the Jews who reject Christ do claim, “Abraham is our father.” (John 8:39.)  But Jesus immediately denies this assertion by saying:  If you were Abraham’s children, you would be doing the works Abraham did, but now you seek to kill Me, a Man Who has told you the truth that I heard from God. This is not what Abraham did.  You are doing the works your father did…You are of your father the devil, and your will is to do your father’s desires.—John 8:39-41, 44.  Notice again that Christ Himself in Jn 8 says that the Jews who reject Him have not Abraham as their father, but rather have the devil as their father.  Those are His words, not mine.

The Holy Spirit wrote through the Apostle Paul to the early Christian converts from Judaism (who were tempted to return to Judaism) the following: There is indeed a setting aside of the former commandment, because of the weakness and unprofitableness thereof.  For the law brought nothing to perfection, but a bringing in of a better hope, by which we draw nigh to God.—Heb 7:18.  This means the Old Testament, albeit an excellent foreshadowing of the New Testament, is totally annulled.  The first Greek word in Heb 7:18 is Ἀθέτησις (Athetisis) which Strong’s dictionary defines as nullification, abrogation and cancellation.  Notice the New Testament inerrantly describes the Old Testament as abrogated or cancelled.  Why then are so many neo-con non-trad Catholics obsessed with the old-rituals found in Judaism?  Probably because they trashed their own ancient rites in favor of rites written by Protestants and freemasons.  But we traditional Catholics (who do indeed have very ancient rites) are rarely tempted to go to things like a Seder meal (which is prohibited, by the way.)

The Council of Florence infallibly states “that the matter pertaining to the law of the Old Testament of the Mosaic law…although they were suited to the divine worship at that time after our Lord’s coming had been signified by them, ceased, and the sacraments of the New Testament began.”  Later, the Council of Trent speaks “of the abrogation of the Mosaic Law.” Much later, Pope Pius XII (who saved over 860,000 Jews from the holocaust) wrote  “The New Testament took the place of the Old Law which had been abolished…but on the gibbet of His death Jesus made void the Law with its decrees fastened the handwriting of the Old Testament to the Cross.”—Mystici Corporis, #29.

Islam definitely can not be considered an Abrahamic Faith, for their “holy book” commands men to rape little children.  Any book commanding men to rape children must be inspired by Satan, and this is what is asserted in the Koran (or Qur’an.)  As Gerald Charles Wilson writes, “The Quran (23:6 and 70:30) draw a distinction between spouses and ‘those whom one’s right hands possess’ (ie ‘slavegirls’) while clarifying that sexual intercourse with either is permissible… Sayyid Abul Ala Maududi explains that ‘two categories of women have been excluded from the general command of guarding the private parts: (a) wives, (b) women who are legally in one’s possession.’ So if you buy the girl, she is yours.” This is confirmed in the Koran itself: “And successful are the believers who guard their chastity…except from their wives or those that their right hands possess.” (Quran 23:6.) “And those who guard their private parts: except from their wives or those their right hands possess, for indeed, they are not to be blamed.” (Quran 70:29-30.) Those “your right hand possesses” are slave-children.  Note well that Mohammed’s favorite wife “Aisha” he kidnapped at age six, but he waited until she was nine years old to begin regularly raping her. None of this violence is based in on our holy father Abraham (a saint in the Roman Martyrology) but a rather an inspiration from Satan himself.

As I wrote in the first sentence of this blog post, there is only one Abrahamic Faith, and that is Christianity—which is Catholicism.  But Vatican News itself now declares, Abrahamic Family House in Abu Dhabi to Open in 2022.  That Vatican News link says, “The cultural landmark in the UAE capital, which includes a synagogue, a church and a mosque, is meant to be a beacon of understanding and peaceful coexistence, inspired by the Document on Human Fraternity.”  It later boasts:  “The Abrahamic Family House derives its name from the Old Testament biblical figure, Abraham, who is recognized and greatly revered by Jews, Christians and Muslims.” 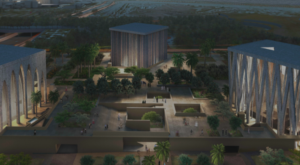 There is only one true Faith in AD 2022 that comes from Abraham, and that is Catholicism.  As embarrassing as this incongruity between ancient Church history and modern Church history is, it does not change the Catholic Church’s history or Magisterium outlined in the first half of this blog post.  We traditional Catholics also can not deny this open apostasy that is happening before our eyes.  We must admit such construction in Abu-Dhabi is a deconstruction of everything contained in Divine Revelation from Christ Himself in John 8 to Hebrews 7 to the Council of Florence to Pope Pius XII to even the violent and bloody history of Islam itself.  No, I as a Catholic do not worship the same “god” as Muslims do.  Therefore, we must accept the obvious reality of open-apostasy in our own hierarchy, as painful as it is.  We must follow the faith (and history) wherever it takes us, regardless of personal cost.  And therefore we must admit there is no longer a hermeneutic of continuity, only a hermeneutic of rupture.