Does Excommunicating Pro-Abortion Politicians Do Anything?

The new Code of Canon Law in Can. 1398 explains that anyone who “procures” an abortion is automatically (latæ sententiæ) excommunicated.  That is, anyone who participates in an abortion (mother, father, driver, doctor, nurse, etc.) is excommunicated by the very act of abortion (without a need of a penal declaration from a bishop.)  Hence, it was automatic.  Now, there is some debate if a pro-abortion politician who publicly promotes abortion is also ex-communicated automatically, for Canon 1329 speaks of circumstances “where a number of persons conspire together to commit an offense.” Either way, the local bishop is required to publicly state the excommunication of a pro-abortion politician for the sake of politician’s soul and for the sake of all those who are scandalized by that pro-abortion person receiving communion, but most of all because the bishop needs to obey the law of God—regardless of outcome.

But now, many years later, I see that bishop’s answer to me was very bad theology to put one’s own care of souls ahead of both the tradition of the Church on ex-communication (cf 1 Cor 5:5) not to mention obedience to the code of canon law.  Indeed, I look back and see his reasoning was another example of the moral heresy of consequentialism in the hierarchy.  I now see that it is not so “brilliant” to disobey the law of God just because you think you have a better plan for someone’s soul.  Indeed, that bishop who explained that account to me should have truly ex-communicated the pro-abortion politician in his diocese, even if he could have somehow predicted accurately that an excommunication would be a pastoral failure.

So, while the “good guys” play delicate rose games with Nancy Pelosi and the “bad guys” meet child-slaughtering Pelosi for smily photo-shoots, let’s see what a holy bishop of God did in his diocese after Roe Vs. Wade.  Granted, the below example is more an account of a bishop publicly recognizing the automatic ex-communication of abortion workers than the aforementioned topic of a bishop effecting the ex-communication of pro-abortion politicians.  But it shows the efficacy of public ex-communication in helping to eradicate abortion:

In the Autobiography of my friend, Bishop René Henry Gracida (See above picture) titled An Ordinary’s Not So Ordinary Life we read about these events surrounding child-slaughter in Texas diocese in the 1980s:

Corpus Christi had two abortion clinics and a doctor who performed abortions in his office.  With the help of Rex Moses (a recent Catholic convert) and a lot of dedicated people, we organized The Body of Christ Rescue and began demonstrations in front of all three locations.  Eventually—after the directors of the two clinics and the doctor (all of whom professed to be practicing Catholics) publicly proclaimed their dissent from the teaching of the Church about the immorality of abortion, and after months of trying to persuade them to renounce their support of abortion—I issued decrees announcing that they had incurred automatic excommunication by their performing abortions.  Eventually, the clinics and the doctor’s office were closed. Corpus Christi, named after the Body of Christ, is now abortion free.

Shortly after the excommunications, I attended a meeting of the National Conference of Catholic Bishops Committee on Pro-Life Activities, of which I was a member.  The Committee consisted of its Chairman, John Cardinal O’Connor, and seven bishops, among whom there was Bernard Cardinal Law and Roger Cardinal Mahoney.  At the end of the meeting, I asked Cardinal O’Connor if I could speak about the three excommunications in Corpus Christi.  He granted me permission, and for about ten minutes, I told the whole story about the abortion clinics and the excommunications.  At the end, I said that I would be happy to answer any questions.  After what seemed an eternity of silence—in which not a single member of the Committee asked any questions or made any comment—Cardinal O’Connor declared the meeting ended.  I was stunned!  I can only attribute the silence of those cardinals and bishops to their own embarrassment, because they surely had abortion clinics in their own dioceses, and what I had done in Corpus Christi showed them up for their failure to stand up for the sanctity of human life.—An Ordinary’s Not So Ordinary Life, pp. 161-163, by Bishop René Henry Gracida, retired bishop of Corpus Christi, TX.

As if obedience to the law of God were not good enough, the above is proof that something good will truly come from publicly declaring the ex-communication of pro-aborts. 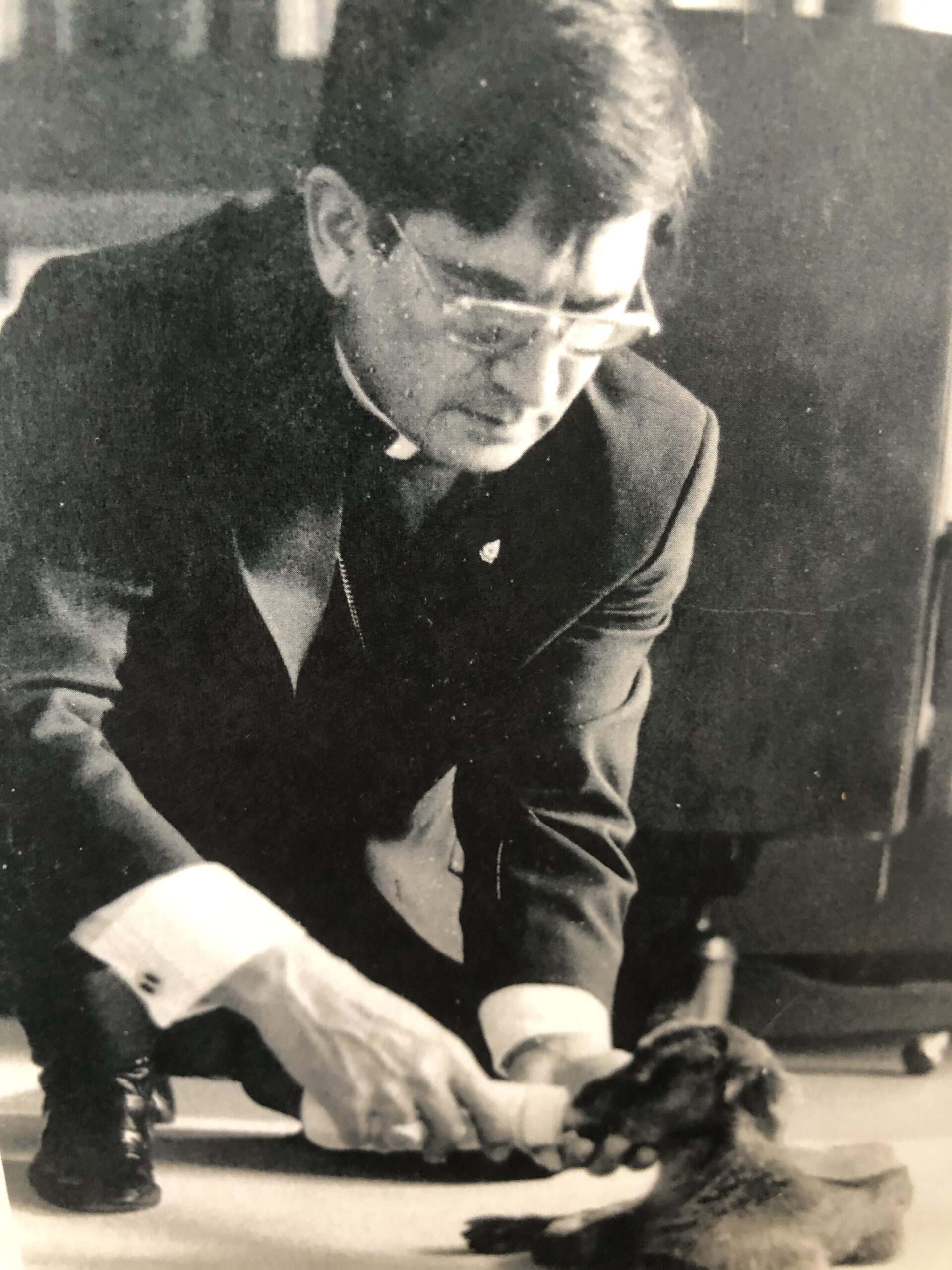 (I found it it interesting that earlier in his autobiography, Bp. René Gracida was raising goats while he was a bishop of Pensacola-Tallahassee before he was assigned to Texas.  At one point in his episcopate-ranching, a baby goat was rejected by its mother.  The bishop nursed it back to health through his work day on the panhandle, and it lived.  Many Catholics now see abortion workers as the future goats of the final judgment (cf. Mt 25:32.)  How interesting it is that one of the only bishops courageous enough to publicly declare the excommunication of abortion workers is the ironically the one who cares for such goats.)