Even the Left Criticizes Modernist Clergy 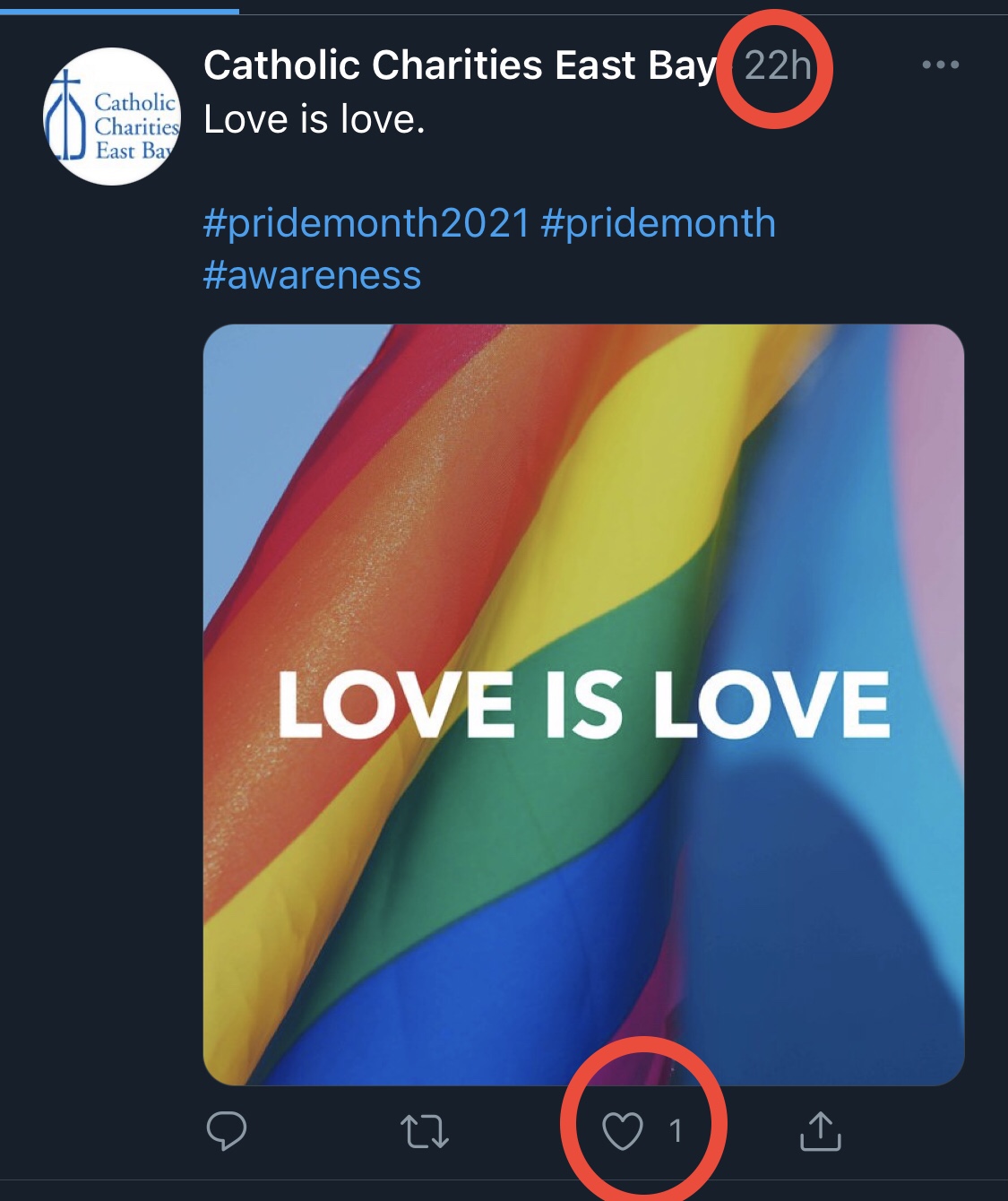 Notice this tweet from the Catholic Charities of the diocese of Oakland, California and how it had one “like” in 22 hours.   Perhaps nobody in the bay area pays attention to the Catholic Church anymore.  Or perhaps most Bay Area LGBT folks who are ex-Catholic have no interest in “liking” a group that can’t even stand for its own values.  In other words, most people (straight or “gay”) have no interest in “liking” a liberal branch of a conservative organization such as the Catholic Church.   Everybody knows we Catholics traditionally stood for chastity and purity for those who are “straight” and those who struggle with other issues.  However, twenty years ago, hypocrisy on the right was more disgusting to liberals than mere stringency in morals.  Nowadays, as first amendment rights get eroded away, the leftists of 2021 have proceeded in the political arena in a manner much more aggressive than the liberals of 2001.  The flop of the above tweet should show all the 1990s conservatives how silly they were to believe that “meeting error halfway,” could possibly bring others to Christ.

Similarly, above, Elton John criticizes the flip-flopping in others’ assertions on that same sexual topic.   Even though Elton John’s lifestyle gravely endangers his eternal salvation, he is at least internally consistent in his criticism of the above decisions. 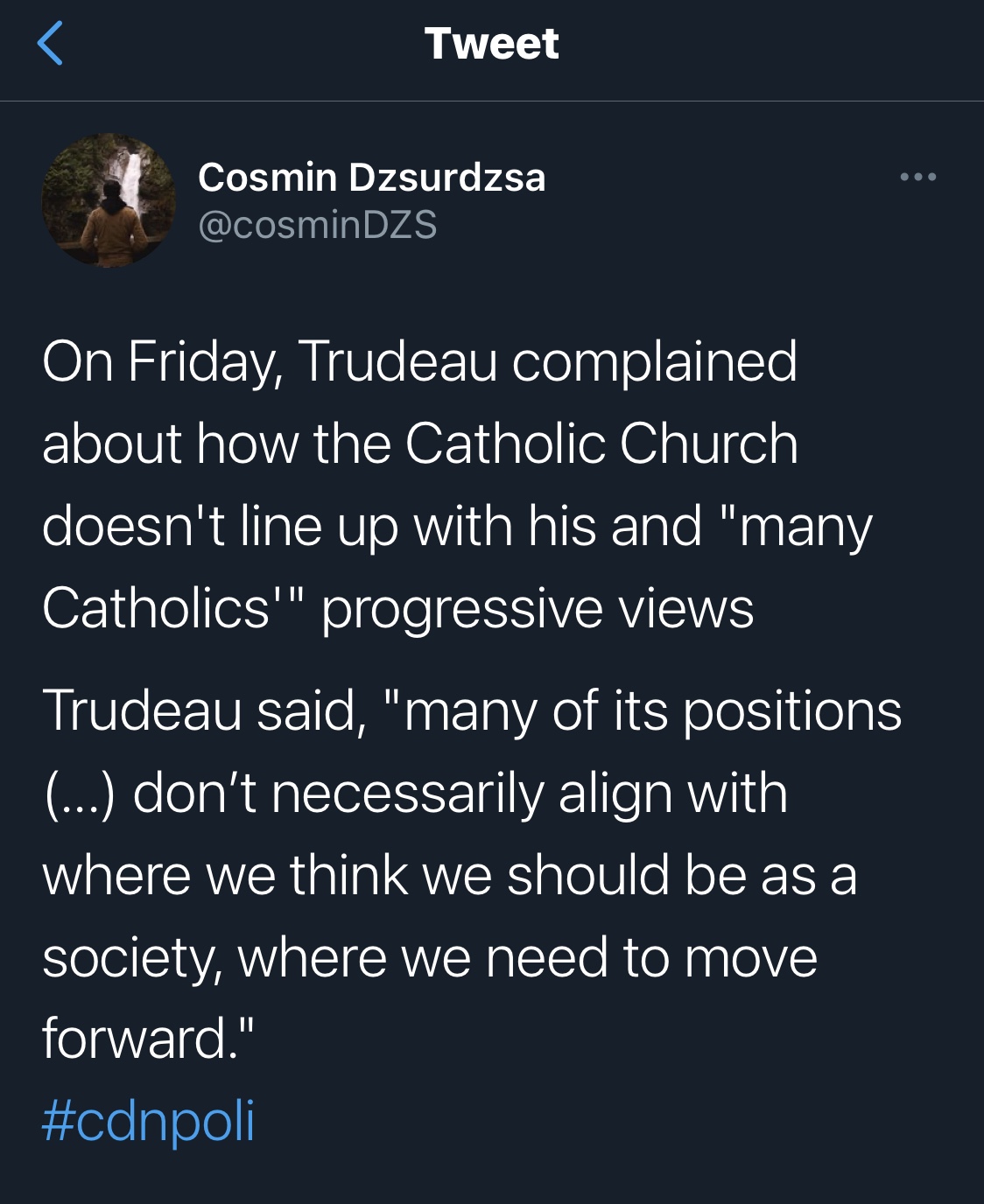 Finally, this last tweet quote comes from a video wherein Justin Trudeau, the fascist leader of Canada, claims to be a “Catholic” but then outlines his hopes of a new Catholic Church.  Elsewhere, Trudeau has admitted he wants a “Great Reset.”   You see, the left will never tolerate anything short of total submission from the Church as they wish her to join them in their global project of atheism, immorality and liberal totalitarianism.  The Canadian Church is probably where it’s at due not only to peace-pacts made with the devil by liberal clergy, but by the moderate clergy, too.  (Remember, all peace-pacts with the devil will fail.)

Perhaps over the years I have over-emphasized the stringency of traditional Catholicism. The Trudeau video, however, made me realize, that counter to popular rants about conservatives, it is more frequently the liberals imposing dogma against human freedom. It is time that we Apostolic Catholics hold our heads high, living in the freedom of Christ, and reject this false notion that it is we who are the dogmatic mind-controllers.

If there was any doubt before, 2020 has made it abundantly clear that the only dogmatic mind-controllers in the room are on the left.  Yes, we Apostolic Catholics believe and know that Christ brings us to freedom of lifestyle (in holiness) but always allows freedom of thought and speech up to that point.  So then, brethren, we are not the children of the bondwoman, but of the free: by the freedom wherewith Christ has made us free.