One of the effects of Fatima’s foreboding “errors of Russia” is women in the workplace, which is tantamount to feminism. Feminism has changed the landscape of Catholic morality not only in specific areas of sterilization, contraception and abortion, but also in general areas of morality. For example, it has flattened any transcendent morality into an imminent morality of paranoid risk aversion. (A woman acting feminine is not the same as acting effeminate, so don’t even try to call this a “misogynistic” post.)

Last week, I walked out of a semi-enclosed marketplace drinking a cup of coffee. Naturally, the mask was below my chin. As I was about to exit out of two doors, a big 25 year old woman backed away in fear of my maskless face, and changed her mind on holding the door for me (something I guess every nice feminist should do for a man?)  She then quickly used the other doors. The look of disgust was obvious on her face that I was about to spread Black Death to everyone in that marketplace. (She was probably also going to lose the mask as she sat down at a table where COVID-19 could not find her.  Tricky covid!)

Then, at the downtown post office this week (in a neighborhood that looks fully communist now, with boarded up buildings including the post office itself) a male post office worker (not the nice one seen below) backed away from me when he saw my mask also not covering my nose. Backing up, he asked me to fully cover my nose. I don’t know that guy’s heart, but in general, the people who preach hyper-mask-morality have no problem committing mortal sins of sterilization, contraception and abortion.

In front of me at that same post office I saw a woman wearing the jacket that read: Be a Good Person as seen above.  This is it.  This is finally a people without morality grasping to do just something right.  It’s bigger than virtue-signaling.  Satan is truly tricking them that he must muzzle them and separate them for them to “be a good person.”  It’s all almost as crazy as the “science” of believing an unborn baby is not a baby and deserving of our sharp instruments of dismembership.  Almost.  But it’s the same people who want to “be a good person” publicly now under health-communism.

In a time where all of God’s laws are trampled, an irrational replacement morality of health-superstition fears has now filled in the vacuum of intelligence with a paranoid risk aversion beyond anything I have ever seen in a dystopian movie. Nature abhors a vacuum, but so does morality. So it seems that when men do not step up and lead families in a fearless manner, we find a creeping effeminate, mindless, superstitious morality totally based in irrational fear will fill the void. 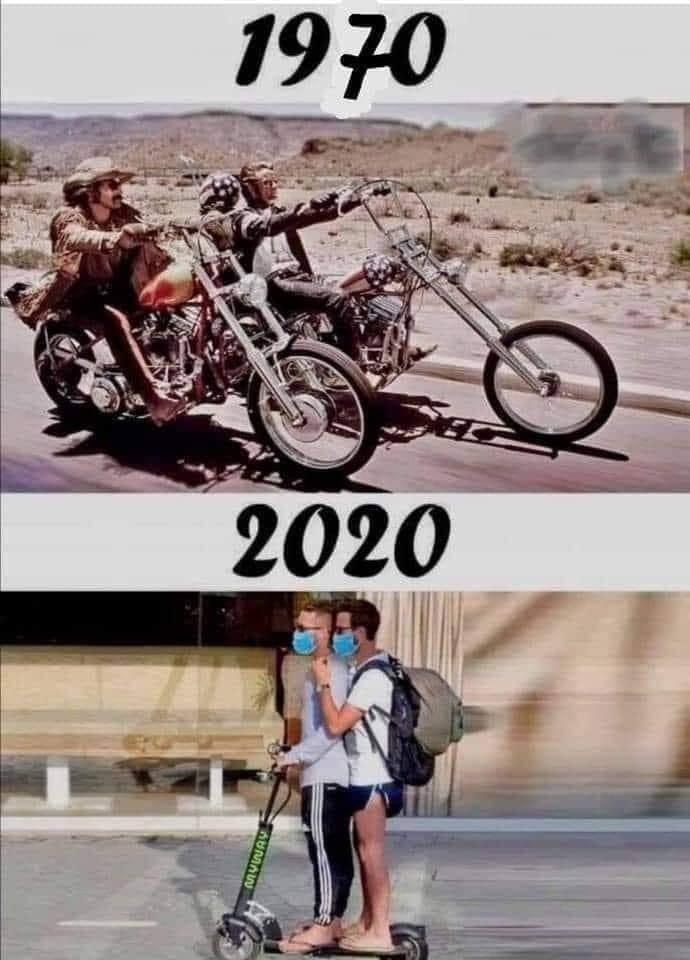