I took the above picture today at a parking lot near Denver International Airport.  I’m sure they’re a fine company, and this is not a blog post against them.  But as I left the lot, it hit me that what most US governors now consider “essential” is really just a categorization that is at best arbitrary and at worst discriminatory against the small business owner.

My words above do not reveal a very brilliant epiphany, to be sure. Every one of us have noted the long lines to get into Home Depot or Wal-Mart (big business) while a Dallas hair stylist (small business) gets thrown in jail for trying to stay open.  The governor of Massachusetts was clever to never give a definition of “essential,” only a random categorization: “The production and service sectors identified in Exhibit A are hereby designated as ‘COVID-19 Essential Services…’ All business and other organizations that do not provide COVID-19 Essential Services shall close their physical workplaces.”

If it sounds arbitrary, that’s because it is: 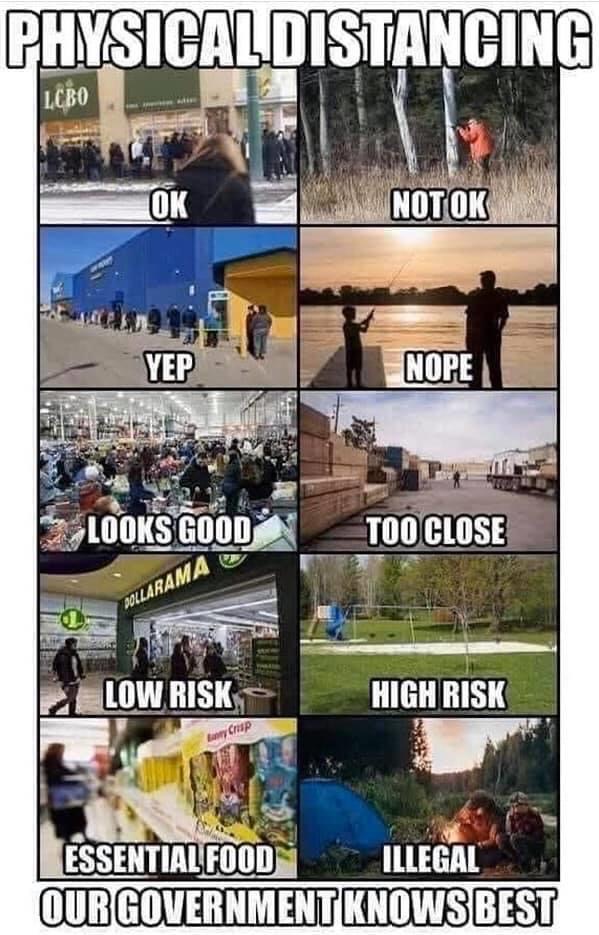 But perhaps it’s not so arbitrary.  The governors have chosen to close the Mom-n-Pop places under the unfounded designation of “unessential” where the enormous businesses like Wal-Mart and Planned Parenthood get to remain “essential” to our health in a “pandemic.”  Not even the liberals call this a “conspiracy theory.”  They just shrug their shoulders because everybody knows that big businesses have been allowed to stay open and small businesses have closed under pretense of a virus that has killed less than a big flu.

But it should set off major alarms for the Catholic who has studied the history of dictators.  Besides the term “essential” revealing an obvious agenda, and besides the fact that the governors of the USA just blatantly chose to keep open stores owned not by millionaires but billionaires (clear globalist and statist elitism) these decisions also go against Catholic social teaching on creating a just society.  (I know everybody expects priests to write only about the sacraments, but the current injustice goes much deeper than closed Churches and will have ramifications not only on your sacramental rights but even your human rights before 2020 is out.)

Pope Benedict XVI wrote Caritas in Veritate in 2009 in order to expound upon economic justice and injustice.  We will consider a few quotes here that indicate the major violations of Catholic social teaching in the current lockdown of the USA:  Subsidiarity is first and foremost a form of assistance to the human person via the autonomy of intermediate bodies. Such assistance is offered when individuals or groups are unable to accomplish something on their own, and it is always designed to achieve their emancipation, because it fosters freedom and participation through assumption of responsibility.—Caritas in Veritate #57

What Pope Benedict XVI means in layman American terms is that the little guy is to be favored in business decisions.  This means we should choose the Mom-n-Pop place instead of Wal-Mart when we can.  It also means that the small town butcher is going to have more “freedom and participation” in his daily work decisions than the guy working a meat-packing plant, for even now (many years after Upton Sinclair’s The Jungle) he is exposed to dangerous working environments. In fact, the migrant worker in a North Carolina meat-packing plant probably can not even take the “assumption of responsibility” of his own safety, much less the honor of his work.

But it’s still better than government hand-outs to a man’s honor.

Pope Benedict XVI continues:  Subsidiarity respects personal dignity by recognizing in the person a subject who is always capable of giving something to others. By considering reciprocity as the heart of what it is to be a human being, subsidiarity is the most effective antidote against any form of all-encompassing welfare state.—Caritas in Veritate #57

Welfare state should set off alarms in any American who randomly had $1200 thrown in his bank account.   Is the motive becoming clear why liberal governors would want to tank an economy of small businesses just starting to thrive under the current Trump administration?  On the other hand, I am even beginning to question why Trump would want to throw $1200 of my own money from taxes back in my bank account instead of demanding the opening of this country.   Indeed, subsidiarity (favoring small businesses) is the opposite of an “all-encompassing welfare state.”  But what does “a welfare state” have to do with COVID-19?  It should be clear:  The economic destruction across the globe under pretense of scrubbing the earth clean of a virus has created a vacuum for some to suggest the unthinkable:  a universal basic income.   Of course, I write “unthinkable” because this is just one click away from a global communist dictator who solves all of our problems (the Patristic definition of the final antiChrist, by the way.)

But Pope Benedict XVI counters this: The principle of subsidiarity must remain closely linked to the principle of solidarity and vice versa, since the former without the latter gives way to social privatism, while the latter without the former gives way to paternalist social assistance that is demeaning to those in need. This general rule must also be taken broadly into consideration when addressing issues concerning international development aid. Such aid, whatever the donors’ intentions, can sometimes lock people into a state of dependence and even foster situations of localized oppression and exploitation in the receiving country. Economic aid, in order to be true to its purpose, must not pursue secondary objectives. It must be distributed with the involvement not only of the governments of receiving countries, but also local economic agents and the bearers of culture within civil society, including local Churches.—Caritas in Veritate #58

As you think of that Dallas hair stylist arrested again, it should be clear that the notion of empowering “local economic agents” is being sidelined for what Pope Benedict above calls “paternalistic social assistance that is demeaning to those in need.”  In other words, the current draconian measures of the US government against the little people is basically telling us:  “We’d rather give you guys hand outs than let you work for a living.”  This reduces the honor of the worker and increases dependence on the state.   But more alarming should be the fact that this also makes people dependent (and obedient) to a government in a way that prepares us all for something more nefarious than even socialism:  A globalist hero who will bring us to our knees as we promise to do anything to come out of lockdown. 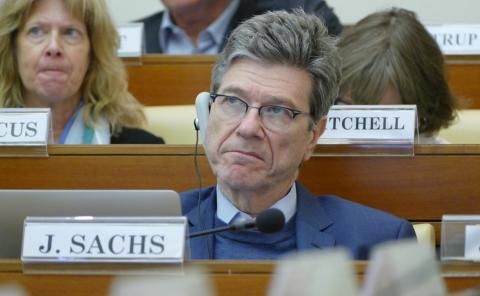