What Muslim Invaders Could Not Accomplish

I am rarely shocked by what I see in the media, but this one got me:

This 60 second video is Dutch children learning to pray to Allah in a small mosque in the Netherlands.  So, the full title of this blog post will be “What Muslim invaders could not do against Europe, Europe did to herself.” But it is actually a hopeful blog post with a strong resolution.  I want to get a little into the world of Divine Providence to ask why God would allow this. I don’t know the mind of God, but I think I may have a decent answer.

Let’s consider that the only country in Europe which was conquered by the Muslims was Spain. Mohammed died in 632 AD but within that same century, his Muslim invaders were astonishingly capable of conquering the majority of modern-day Spain. But in 718 AD, King Pelayo, a 33 year old ruler of a small region in Northwest Spain, began to fight back. Pelayo was nothing more than the leader of a small tribe, much like William Wallace trying to fight the English. But by winning the small but decisive Battle of Covadonga, this young King Pelayo inspired a whole country to win Spain back to Christ, out of the hands of Muslim invaders. 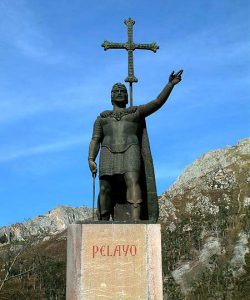 He never lived to see the day. When Pelayo died, his son picked up his sword to continue to fight sharia law. When King Pelayo’s son died, his grandson picked up the cause to win back Spain to Jesus Christ and the Catholic Church. And so on, including his great grandson, and his great-great grandson. In fact, this war then lasted 700 years, the longest war in the history of the world. Don’t be fooled by your 7th grade history book that called this a “War of Religion.” The best name for this war is what the Spanish all called it through the Middle Ages: “La Reconquista,” or the reconquering of Spain. This was to win the land back for Christ from violent invaders. Remember that these Muslim invaders never had a right to establish a violent sharia law in a free Christian country.

Finally, after 700 years of battles peppered throughout Iberia, a distant relative of that same line of Pelayo would finally unite Spain to eject the Muslims: Queen Isabel of Spain, or as she was known “Isabel, la Católica.” Yes, a woman won the longest war in history. (She is my favorite non-canonized woman in history.  In fact, my favorite biography is this 400 page book by Warren Carroll, titled Isabel of Spain:  The Catholic Queen.  You will read how Isabel would ride a horse through the night in the rain to quell an uprising—by her mere presence—and yet she was feminine enough to knit her children’s own clothes.)  It is important to note that in that long biography, Warren Carroll makes it very clear that Queen Isabel ensured that Spanish Catholicism remain totally free of bad doctrine and bad worship.

Returning to the story, in 1491, Queen Isabel (and her not-as-inspiring husband King Ferdinand) demanded that Muhammad XII surrender the city of Granada. When he refused, Granada was sieged by her Castilians, the decisive and final battle to eject Muslims from Spain. On 2 January 1492, Muhammed XII finally surrendered Granada as seen in this picture. It was the same year that the same Queen Isabel funded Columbus to sail the ocean blue. 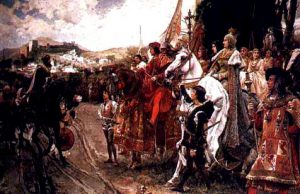 By the 16th century, Queen Isabel would be dead, but her unification of Spain and the opening of the Western Hemisphere by boat seemed to be what God Himself inspired in the 15th century in order to accomplish His great plan of Spanish saints across the 16th century: St. Ignatius of Loyola, St. Francis Xavier, St. Teresa of Avila and St. John of the Cross to name a few. Before the close of that same century, thousands upon thousands of Jesuits and Franciscans would bring the saving doctrine and sacraments of Jesus Christ to the farthest pagan peoples of the world, spanning from Brazil to Japan. Of course, many of the Spanish and Portuguese traders went for gold and women and fame, not souls.

But I want to consider briefly the endless stream of brothers and priests who travelled to bring Jesus Christ and His love across the whole globe: These Spanish saints and martyrs of 16th century Spain learned to endure such physical pain for Christ precisely because of their ancestors’ 700 year war with the Muslims. God had used even the pain of La Reconquista to forge the wills of the Spanish to become the first nation to tackle demon-ridden lands and establish the reign of Christ the King. (This is why all of South America now speaks Spanish or Portuguese, and also why even lands as far East as the Philippines have Spanish names.) Perhaps the Spanish friars would have never had the steel to endure endless days and nights on the high seas for Christ, had they not learned the value of “Catholicism under fire” from their fathers. These saints and martyrs also maintained the doctrine and liturgy of apostolic times. They knew that if they changed doctrine or liturgy, there would be no glorious crown in being a “heretical martyr” for Christ, if even such a thing exists.

The fact that the “War of the Reconquering” took 700 years tends to make post-modern minds (like mine) wonder why God would allow so much suffering for a Spanish people who only wanted to follow Christ and His Church. But if you look closer at those 700 years, the Muslims were never really allowed by Divine Providence to conquer the people or the purity of Catholic doctrine or worship.  Only the land was conquered, not their hearts. The hearts and minds of the Spanish remained free and attached to Christ. (I’m happy to cover the Crusades and Inquisition in another blog post. Knowledge of these things does not diminish my conclusion at all.) All in all, God never fully permitted Islam to take over Iberia. From this, God forged the strongest Catholic nation in history to bring the Gospel to more countries than ever in history.

Now, consider the video at the top. In that video, Dutch children learned to pray to Allah. Never in Spain’s history (except possibly by kidnapping and brainwashing) had we ever seen children happily praying to Allah. This is why I subtitled the blog post “What Muslim invaders could not do against Europe, Europe did to herself.”

The story of Divine Providence is more inspiring that that subtitle, and here’s why: It hit me when I saw that Dutch video that God will never let us to fail if we do our best. It is almost like God blesses misplaced effort. The battle belongs to God, but He has shared it. Imagine a father tells his son to go to the forest to fight a bear. His father hides himself in the bramble even though his son does not know his father is there for him. As long as the son fights hard, his father (hidden in the bramble) will shoot the bear if his son simply does his best, even if the battle does not go well for his son. (I’m not saying God sets up Muslims for Christians to shoot, so don’t take this limping analogy too far!) What I mean, however, is that this seems to be how Divine Providence works: We can not fight Satan successfully on our own, but God still requires our measly-100% for Him to step in and win the battle. This also explains the whole tension between faith and good works: Only God’s grace can accomplish even the smallest good work, but God wants us to give our weak 100%—dare nec computare— “to give without counting the cost,” as St. Ignatius wrote.

Only when  a Europe of the 20th century chose a watered-down Catholicism did we see God permit Muslim invaders to finally take over in the 21st century. I realize that the Netherlands have not been Catholic for centuries, but I have also lived in the suburbs of Paris as a teenager. (There, I was mugged at knifepoint by a Muslim teenager outside my home.) I am not as scandalized by being mugged at knifepoint as I am at how few French Catholic go to Mass and how many French “Catholics” use contraception. Now that I see what is happening in Europe, I don’t expect much from contracepting France as she is outbred by Muslims. Even if God allowed physical pain through the middle ages, it seems that God would never allow the first daughter of the Church (France) to have more people at Friday Mosque than Sunday Mass unless she willing chose to enter a state of apostasy and rebellion against Divine Revelation. Perhaps this began at the French Revolution, but even then, the few Catholics who suffered for Christ maintained a purity of doctrine and liturgy. Something else happened the past 50 years:

We Catholics opened ourselves to a full conquering of Satan by denying God in our modernist heresy and bad liturgy of the 20th century. No physical fight against the modern Muslims invading lands like France will likely be of any value if we do not do our best to eradicate bad liturgy and heresy.  If we don’t stay faithful to Divine Revelation as given in Scripture and the great gift of the fullness of the Holy Mass, we will not have Divine Providence on our side, for we will be offending God more than even Muslims offend the Triune God.  I hold to that last sentence with no hyperbole.

Yes, we must now do our best to fix our home before we defend it. There is only one way back: La Reconquista of worship by acceptance of Divine Revelation (primarily in Scripture, as shown by Pope Leo XIII in Providentissimus Deus) and worship of God, as He Himself has always set-forth for His sons and daughters.  This is necessary if we want the freedom of the kingdom of Jesus Christ.  If we do our best (even our measly-best!) in siding with God by accepting in love what He has given us in apostolic teaching and worship, then we are guaranteed total success in the Catholic Church, even if it causes physical pain. Why? Because faithfulness on our part guarantees that Our Father fight for us.  God does it on God’s time, as long as we are faithful in our times.

Yesterday was the anniversary of the 9/11 Muslim terrorist attacks against the United States. 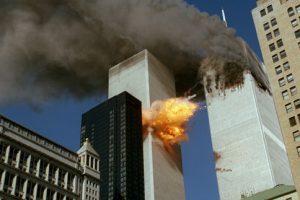 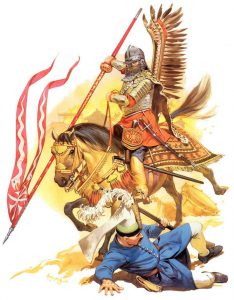 In two days, both the new calendar and the old calendar, we will celebrate the Exaltation of the Holy Cross.  Pictured is the cross from the rubble of lower Manhattan, after the attacks in 2001: 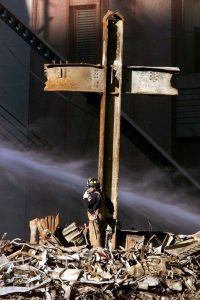