How Long Is Eternity? 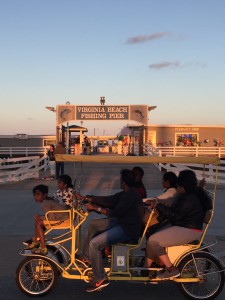 Welcome to Virginia Beach, home of America’s friendliest people and worst drivers.  (Well, that’s my assessment, but it’s a great place to be, all things considered.)  This is a military area known as the “Redneck Riviera.”  The entire metropolitan area is a waterland of fresh and salty rivers containing about ten 100,000-person-cities collectively known as Tidewater or Hampton Roads. It’s  home to the Atlantic Fleet of the Navy, countless other military bases and real-life heroes they make movies about (literally.)  But not every soldier comes back home to Hampton Roads…

So, where do all the dead soldiers and normal civilians go?  100% of them ultimately go to heaven or hell.  Do they all go to heaven?  No.  “Small is the gate and narrow the road” that leads to heaven, said Jesus.  This isn’t a scary post, but to show you how long heaven and hell last, I’m going to try to fit eternity into an analogy of space and time.  Someone will cleverly point out that eternity is actually longer than my analogy.  True.  But even that becomes  a greater argument a fortiori to avoid hell and get to heaven.

Imagine you are standing on Virginia Beach like me, and you take a handful of sand: 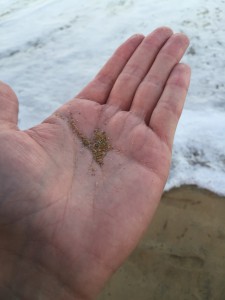 Then, you brush all the sand off except for one tiny grain: 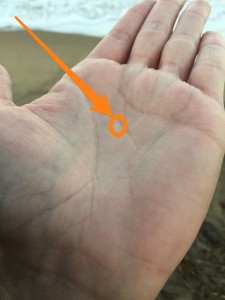 Can you see it with your iPhone 6s?  It’s in the orange circle.  Let’s say you have to hold that single grain of sand for 100 years.

Then you flick off that single grain of sand into the ocean: 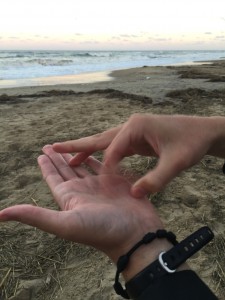 …and then you have to pick up a second grain of sand: 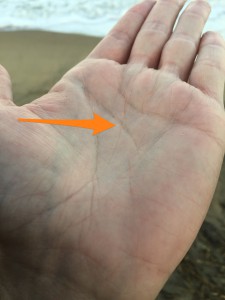 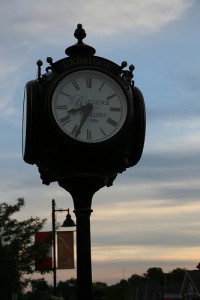 Imagine you have to do that with every grain of sand from Virginia Beach to Miami, each grain being held for 100 years: 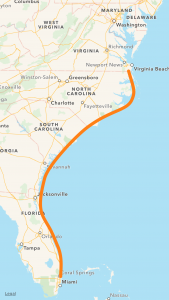 This is the outrageous claim of Christianity that is worth investigating, considering the stakes.

If there’s even the tiniest chance that Christianity is true, then we could all agree that no amount of honors, pleasures or riches could possibly be worth risking 560,000,000,000,000,000,000 grains of sand for… 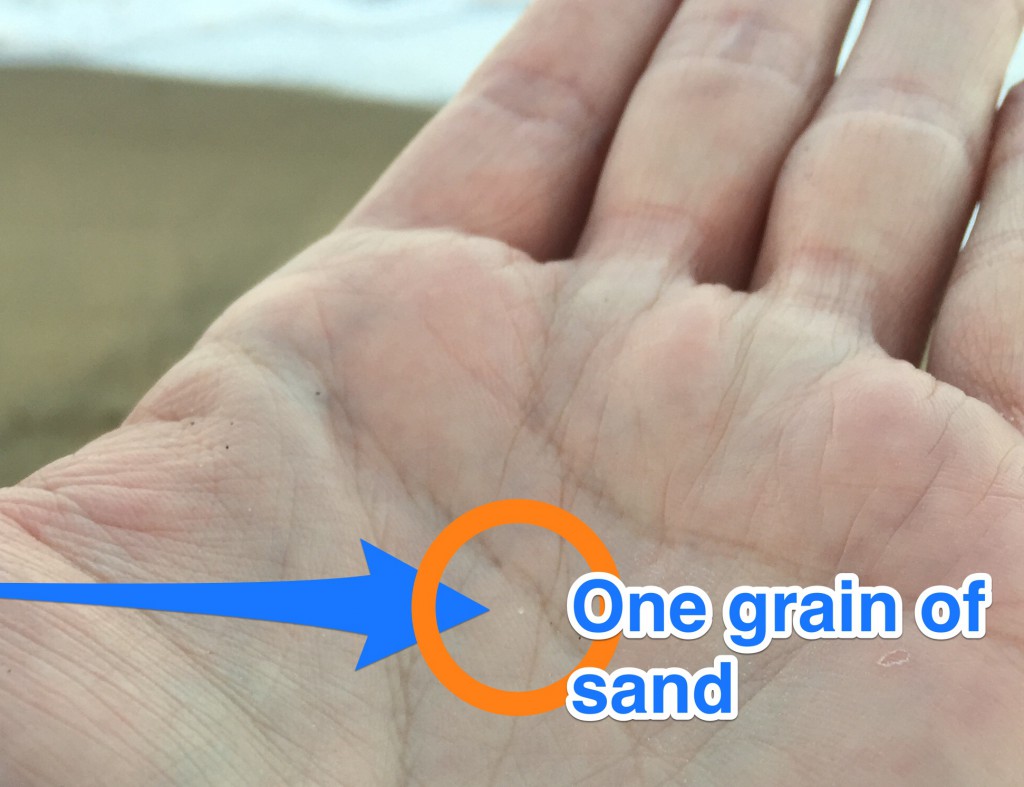 What does it profit a man to gain the whole world and to lose his soul?—Mark 8:36

And if your right hand causes you to sin, cut it off and throw it away. For it is better that you lose one of your members than that your whole body go into hell.—Matthew 5:30 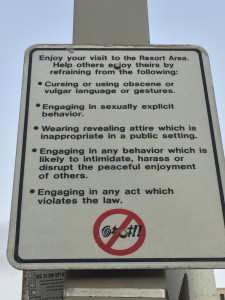 No other holidays reflect the gravity of this decision as much as:

Do you see why God might allow suffering in your life now?  It’s to detach you from one grain of sand (100 years on earth, “a bad night at a bad inn,” according to St. Teresa of Ávila) to obtain 560,000,000,000,000,000 grains of sand (add two zeros to see it in years.)   What amount of suffering or unhealthy attachment to sin would not be worth detaching yourself from a grain for a whole beach?  Nothing could be that pleasurable.

For I consider that the sufferings of this present time are not worth comparing with the glory that is to be revealed to us.—Romans 8:18

Get your family to heaven, no matter what it costs.  Jesus paid 100% of the price, but for salvation to be realized we must cooperate—with all of our heart, soul, strength and mind. 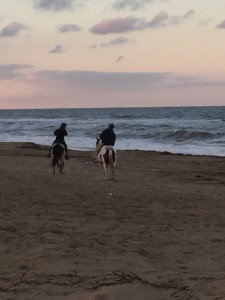