The End of the Mass 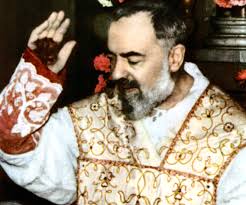 You might think that this is a grumpy-the-grump post on bad liturgy with a title like “the End of the Mass,” but it is not.  The “end” simply means the goal of something.  The Greek word telos was appropriated into the English to mean “the end term of a goal-directed process.”  For philosophy students out there, it’s the final cause.  What is the telos or goal or end of a pencil?  Writing.

What is the goal or telos of the Mass?

We will get to that, but—okay—permit me one grumpy-the-grump story in contrast.  Last year, I was traveling across Florida.  In Tampa, I stopped into a Church one afternoon.  I kindly told the secretary of the parish that I was a traveling priest and that I’d like to offer Mass.  She was confused, and asked if I had a group of people to join me.  Maybe a youth group?  When I told her that I did not have anyone else, she simply couldn’t imagine why I’d be offering Mass…and refused me.

She was a kind woman, but perhaps she believed that the Mass would have no value without people receiving Holy Communion.  Clearly, she did not have an evil will.  But this account demonstrates that theological ignorance can have the same outcome as a malicious will (eg. one less Mass in the world, in this case.)  Would that every Catholic Church secretary in the world read this single post!

The month of July has traditionally been consecrated and devoted to the Precious Blood of Jesus.  To learn the telos of the Mass would be a great resolution for this month.  To reveal those goals, I want to show the prayer that every priest (before Vatican II) would pray before the Mass.   It’s in Latin, but with the English there, too.  I give here my translation a bit more word-for-word:

I will to celebrate Mass and to confect the body and blood of Our Lord Jesus Christ, according to the rite of the Holy Roman Church, unto the praise of the omnipotent God and all the Triumphant Church, for my good and the good of the entire Church Militant, for all who have commended themselves to my prayers—in general and specifically, and for the happy state of the Holy Roman Church.  May the omnipotent and merciful Lord grant us joy with peace, amendment of life, space for true repentance, consolation of the Holy Spirit and perseverance in good works.

Jesus offers Himself in the sacrifice of Calvary at the Mass.  This prayer tells us, in the order of importance, the ends of the Mass, taking the italics below from the prayer above:

1) The Blessed Trinity: Unto the praise of the omnipotent God.

3.) All the Saints: All of the Triumphant Church.

4) All the Catholics on earth: The good of the entire Church Militant.

7) For the happy state of the Holy Roman Church.

Notice that at the end of that prayer, I ask God to “grant us joy with peace, amendment of life, space for true repentance, consolation of the Holy Spirit and perseverance in good works.”

I have done this prayer almost every day for five years, spoken right before I offer Mass.  It makes me think about why I’m doing it.  Jesus offers Himself first in an act of infinite love to the Blessed Trinity, even if the priest has no altar server.  That means that the priest offering Mass brings infinite value to the world when he offers Mass—alone or with thousands in attendance.  Another reason to ignore numbers is because the Mass has billions of angels in attendance, anyway.  One should really have a holy fear of God when you consider that at consecration even Mary adores, from the highest point in heaven.

When Church authorities put Padre Pio (see picture above) under interdict for ten years, prohibiting him from offering anything but a private Mass, was Padre Pio’s Mass of any less value during those ten years?  It’s my unproven opinion that Padre Pio’s suffering (conjoined to Christ’s merits in the Mass Pio offered) deferred the wrath of God from ending the world during two World Wars.

Mary told the children of Fatima, after the main apparitions, that souls fall into hell “like snowflakes” every day.  Thus, we can not hope that “all men be saved.”  The Mass is offered for the salvation of the world—whether or not physical people be in attendance or not.