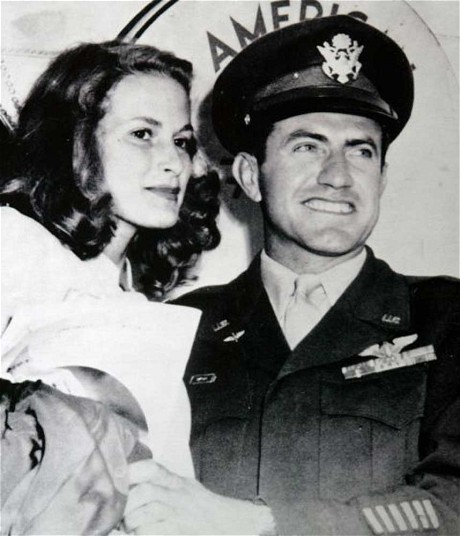 Driving across the country just two days ago, I came into DC during the night.  Fireworks had already started over our Nation’s Capital.  As I drove, I had been listening to the unabridged version of the book that probably many of you have read:  Unbroken.  It’s the story of resilience of an American soldier from WWII named Louie Zamperini, liberated from a Japanese concentration camp.  (See above.)  Louie belongs to what Tom Brokaw called “The Greatest Generation.”  The Greatest Generation had what it means to be an American: passion.
In The Greatest Generation, Brokaw interviews an older couple about divorce, and why divorce flattened future generations so severely.  The older woman’s remedy is a show-stopper:   “People don’t fight enough nowadays. They just give up.”  They just give up.  Somehow the passion to fight in marriage is better than silent back-stabbing or just floating into nothingness.  There was a passion in Zamperini and that generation that got them up in the morning.
I think purity in marriage (or out of marriage) is tied to more passion, not less, ironically.  The attraction to sin is not due to a heightened sexual prowess, but the opposite:  Sorrow at a spiritual good.   We are tempted to experience the passion only offered by the stomach or lower organs.  But Zamperini and the “Greatest Generation” seemed to have a pan-passion for love, worship, service, sacrifice practical jokes, family, beer, singing choirs of angels, letters lost in the mail, resilience in POW camps….all the things that filled the life of those sung heros of Unbroken and unsung heroes of our country.
At one point in a Japanese prison camp, the starving POW Zamperini was given an egg and a tangerine by a sneakily compassionate guard who did not want to see him starve.  Louie, near death, shares these two tiny treasures with his fellow bunk-mates.  He does this self-sacrifice act even before his conversion to Christ.  Louie, and many in that generation, put others before their own stomachs in dying for their brothers and country.  (“Could it be true — no, no, I can’t believe it — that in the world there are not men but bellies?”—St. Josemaría Escrivá, the Way #38.)
Every generation laments lost generations of the past and complains that young whippersnappers don’t respect anyone.  But this time it’s different because we have undeniable statistical evidence that America has become slow, sloppy, and flabby.
So, here’s the solution:
Passion is the key to purity and rebuilding this country.  “Flies don’t land on boiling water” said St. John Vianney.  Risk-taking-love will automatically lead to purity.  Try something crazy like tithing, going on mission, meeting all your neighbors who don’t talk to you, selling everything for a vocation to consecrated life, buying your wife flowers 7 nights in a row, giving most your money to the poor, destroying your TV, fasting:  This is the real passion that Jesus made us for. This is the passion Zamperini lived for—and doubled when he came to know Christ.
There’s an intensity of heaven that only the passionate will inherit. It’s no wonder the pure in heart will see God: Flabby or bizarre patterns of libido will simply not be  passionate enough for heaven.
Happily, a true passion for a loud and messy life is still alive in America.  A family from here in Norther Virginia made headlines with this not too long ago:
http://www.washingtonpost.com/wp-dyn/content/article/2008/09/09/AR2008090903691.html
By Father David Nix|2015-07-05T10:48:55+00:00July 4th, 2015|Theology|
Page load link
Go to Top