America will be shocked, but the question remains:  What will end abortion?  Today, a woman in Louisiana texted me the answer:  “Our Response: Prayer and fasting isn’t enough! We need to sacrifice all for the love of God.”

We need to sacrifice all for the love of God.

America has seen the evil of abortion, but we continue to slaughter 3,500 children a day.  Why?  Most women are afraid and alone when they walk into that clinic, but we as a country find ending abortion difficult because of our minor inconveniences to the libido and bank account.

Thus, the end of abortion will come only through Divine Intervention.

But maybe God Almighty is waiting for this Divine Intervention.  Maybe He is waiting for people to step up to the actual doors of abortion mills for peaceful prolonged-fasts or hunger strikes. Imagine who would follow Cardinal Dolan if he led a hunger strike in front of the Planned Parenthood in the East Village of Manhattan?  I would.

For nearly 800 years, young celibate men from Europe, under the mantle of Our Lady of Ransom, would offer to take the place of women and children who had been kidnapped by Muslims.  Christians were rescued through several different religious orders, but it took men who would not just give up candy in Lent, but young men would agree to be handed over to the forces of darkness so that others may live. 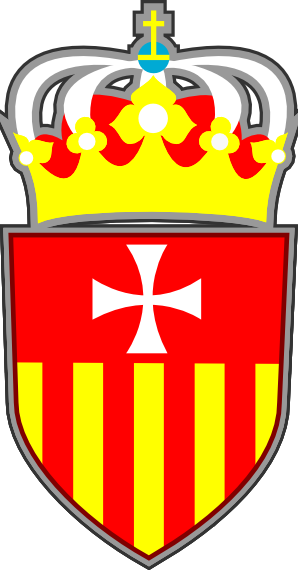 With Planned Parenthood and ISIS promoting more death than ever in the history of the world, I believe that God is raising up young men who will give their lives in ransom.  I don’t mean figuratively.  I mean that we can use YouTube to reach ISIS to offer ourselves to be slaves for them.  Each man could then ask ISIS that they release 5 Christian girls and 5 Muslim girls for every celibate brother or priest given in ransom against the innocent.  These 10 girls (multiplied) could then return to their families.

This offering of love could be offered to the Blessed Trinity for the end of abortion, too.

ISIS is just traditional enough to partake in this exchange.  Did you know that over 1,000,000 Christian slaves (from 1200 to 1900) were returned by Muslims in exchange for monks, brothers, priests (and funds raised) during the Middle Ages?  Times are more ripe than ever.  Surely God is raising up men for ransom again, “for even the Son of Man came not to be served but to serve, and to give His life as a ransom for many.”—Mark 10:45 and “greater love hath no man than this, that a man lay down his life for his friends.”—John 15:13