Either Deceived by Satan Or Discredited by Men

The The Devil’s Final Battle (DFB, henceforth in this blog-post) is a book published in 2002 and edited by Fr. Paul Kramer.  In it, we read:  “In 1917, the very year Our Lady appeared at Fatima, St. Maximilian Kolbe as in Rome, where he saw the Masons showing their open hostility to the Catholic Church and carrying placard announcing their intention to infiltrate the Vatican so that satan would rule from the Vatican and the Pope would be his slave.  They also boasted at the same time that they would destroy the Church. The intention of the Masons to destroy the Church fits in perfectly with the well-known Masonic dictum, ‘We will destroy the Church by means of holy obedience…’  And the curial reorganization of 1967 would be instrumental in accomplishing that aim by subjecting the whole Church to the Party Line of the Secretary of State—including the Party Line on Fatima—under the guise of a false ‘obedience’ to an authority who has clearly exceeded the bounds established by God Himself. “—DFB 98.

We read a little later in the same book that Christ Himself became impatient with Popes as early as 1931 at their delay in consecrating Russia to the Immaculate Heart of Mary:  “As Our Lord Himself revealed to Sr. Lucy in the revelation at Rianjo, Spain in August of 1931, ‘Make it known to My ministers that given they follow the example of the King of France in delaying the execution of My command, they will follow him into misfortune… They did not want to heed My command.  Like the King of France, they will repent of it, and they will do it, but it will be late.  Russia will already have spread her errors throughout the world, causing wars and persecutions of the Church.  The Holy Father will have much to suffer.”—DFB 244. 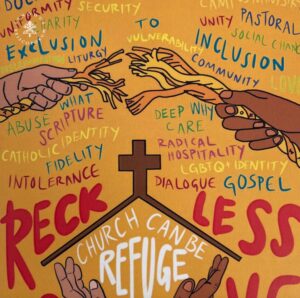 As I always say, the “errors of Russia” are not only economic errors, but anytime the authorities (in Church or State) convince citizens and faithful to reverence the government ahead of God.  So… has this happened recently?  Yes, this decade, the Vatican and the White House both demanded we inject ourselves with an experimental medicine made from aborted babies.  Now, two years later, a Harvard study (as well as dozens of more frightening studies) has now shown that more people have been injured or died of the COVID-19 vaccine than from COVID-19 itself.  Yet we are riding such a fast news cycle in the United States that we forget that the scamdemic-lockdowns have brought the “errors of Russia” (now in the form of oligarch tyranny) to places like Canada which remains.  This authoritarianism still has not left them.  I recently got this email from a woman who is a donor and listener to my podcast/blog:

“Your prayers were much appreciated and effective. We are both still unemployed since we are hospital workers and can’t work anywhere or leave the country. Haha so much for covid being over. I had to sell my house and moved about 10 hours north to a rural community. We are on a lake for fishing, on well water, and solar power. I’m glad I’m out of the city that I was in. In the old town there are rainbows all over the catholic college and they would not show Unplanned because the faculty objected, and they are now requiring booster shots. I am very glad my youngest boy declined to go (he had a 4 yr scholarship) and is now working as a dishwasher learning about life. The Bishop there fired 3 priests for not taking the vaccination, under the direction of the cardinal. The one priest that I know, was thrown out on the street with only the clothes on his back and like others was stripped of salary and pension. Although I believe that they had to reinstate this. He lived in a friend’s basement for about ten months and finally was able to secure a position out West. Our new diocese didn’t force this on priests. Our small new church stayed open during covid and our new priest went to folks’ homes for confession.”

Before Fatima, I do not believe Mary has warned of a political system in 2,000 years of Marian apparitions.  For some reason, we still only think these are economic errors of communism.  But the “errors or Russia” are, again, anytime the authorities of Church or State convince citizens and faithful to reverence the government more than God.  The scamdemic proves that no Pope has ever consecrated Russia exclusively to the Immaculate Heart of Mary.

Readers probably get tired of me hammering away on “modernism as the synthesis of all heresies” but it is tightly linked to no consecration of Russia and the current crisis in the Vatican.  Think of how most priests and bishops in the world not only remain silent about both issues, but even defend them!  That shows that this crisis of modernism is worse than Arianism (and it encapsulates it, as I have shown before that even “ecumenism” is tantamount to Arianism as both surreptitiously deny the Divinity of Christ.)  But on top of the theology, there is an enormous crossover in how clergy were affected sociologically by both Arianism then and modernism now.  Cdl. Newman wrote in the 19th century about the 4th century Arian crisis:

“The body of bishops failed in their confession of the Faith… They spoke variously, one against the other; there was nothing, after Nicea, of firm, unvarying, consistent testimony, for nearly sixty years.  There were untrustworthy Councils, unfaithful bishops; there was weakness, fear of consequences, misguidance, delusion, hallucination, endless, hopeless, extending into nearly every corner of the Catholic Church.  The comparatively few who remained faithful were discredited and driven into exile; the rest were either deceivers or deceived.”—Cardinal Newman on the Arian crisis, DFB 252. 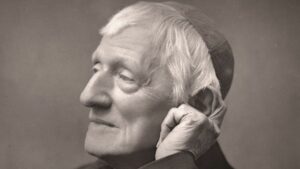 So also I see that every priest I know in the 21st century fits into only one of three categories outlined by Cardinal Newman on Arianism:  deceived (as in weak priests) or deceiving as in the high-level hierarchy promoting heresy or discredited as in the few “canceled” clergy who speak up against the always-ambiguous heresy at the top.  Cardinal Newman clearly meant those three adjectives in reference to man, not God.  In other words, the only priests not deceived by satan into following the crowds into Arianism were the few who stood with St. Athanasius for a Trinitarian Creed.  The latter group of orthodox clergy were no heroes to the average so-called “Catholic” of the Empire in the 4th century.  The clergy who resisted Arius (the heretic who taught Christ was a creature but not Creator) were seen by most “Catholics” of that day as discredited by false-accusations coming from most high-ranking members of both government and Church hierarchy, nearly all of whom were Arians.

Probably only about 1% of Eastern empire’s priests were Athanasian priests, meaning that very small percentage of orthodox clergy who confessed the Trinity were publicly mocked by the 99% of the clergy (and their lay followers) who followed Arius.  We now seem doomed to repeat Church history in that 1% vs. 99% breakdown of orthodox vs. unorthodox, discredited vs. deceived.

Every priest I know today is either deceived into silence against the current modernist regime -or- discredited as a “canceled priest” or “disobedient priest” or “crazy priest” for standing with Our Lady for the faith.  But we are not afraid (or when we are, we will pray for fortitude.)  We will continue to be discredited by all the lukewarm Catholics who pretend to stand against the “errors of Russia” but promote them on a daily basis by defending the powers-that-be.  Not only will the General Judgment shake things out, but so will Church history.  Indeed, the Church crisis is now so bad that it would be willful blindness to deny that it’s time to choose between either being deceived by satan or being discredited by most living Catholics.  Every priest (especially) will soon be found to be in one of those two categories. 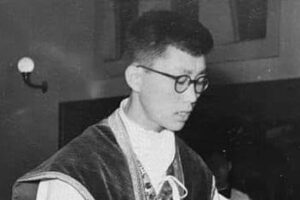 -You can follow me on Telegram by clicking “join” on that channel.
-Thank you to everyone who can Donate to my life and ministry. My entire income (except health insurance from my diocese) comes from you my readers and listeners.