The Maccabees, the TLM and the “Vaccine”

Who were the Maccabees?
Dr. Taylor Marshall writes here:  The “Maccabees,” or more properly the Hasmoneans, were a Jewish priestly family that led the just rebellion against the Greco-Syrians under Antiochus IV Epiphanes in the second century before Christ. The Maccabees were led by Mathathias and then by his third son Judas “Maccabeus.” The nickname comes from the Aramaic maccaba meaning “hammer.” So his name was “Judas the Hammer.” The nickname “Maccaba” was extended to the entire family and descendants of Mathathias. The nickname, no doubt, refers to Judas’ “hammering” of the enemies of God in battle. The true patronymic of the family was Hasmonean.  In 1 Maccabees, the pagan Antiochus forbids the practice of the Old Testament – no circumcision, sacrifice, Passover, or reading of Scripture. Moreover, the Jews are required to eat pork and worship the Greek gods.

What does this have to do with the TLM in 2021?
The flash-point for the family of the Maccabees was idolatry upon the altar, replacing the worship of their fathers: “Now as he left off speaking these words, there came a certain Jew in the sight of all to sacrifice to the idols upon the altar in the city of Modin, according to the king’s commandment.  And Mathathias saw and was grieved, and his reins trembled, and his wrath was kindled according to the judgment of the law, and running upon him he slew him upon the altar.  Moreover the man whom king Antiochus had sent, who compelled them to sacrifice, he slew at the same time, and pulled down the altar.”—1 Mac 2:23-25

Some people today would rather replace the Traditional Latin Mass with Pachamama pagan idol worship.  Let that sink in to understand that even half of the traditional Catholics on this planet are starting with a false-base premise in their appraisal of Church authority.   As we will see later, I am of course not advocating violence against our enemies, but I am advocating an invincible spiritual resistance against anything that would attempt to overturn the laws of our fathers with paganism.

What does this have to do with the “vaccine” in 2021?
The Jews of the 2nd century BC were expected to do pagan things with their bodies:  “And the word seemed good in their eyes. And some of the people determined to do this, and went to the king.  And he gave them license to do after the ordinances of the heathens. And they built a place of exercise in Jerusalem, according to the laws of the nations.  And they made themselves prepuces, and departed from the holy covenant, and joined themselves to the heathens, and were sold to do evil.”—1 Mac 1:13-16

As most readers here know, the coronavirus vaccine is more accurately called “gene therapy.”  We Catholics believe the body of Jesus is the first temple to respect (John 2:19) as this is truly the Holy Eucharist.  But the second most important temple in the New Covenant is our bodies, for the Apostle Paul wrote, “Or know you not, that your members are the temple of the Holy Ghost, who is in you, whom you have from God; and you are not your own?”—1 Cor 6:19.  Therefore, any attack upon the Mass or the human body is an attack on the Temple that must be stopped.

But who determines the rule of faith?
The Maccabees in the 2nd century BC were in such a corrupt time of leaders that they had to put the laws of their fathers ahead of the corrupt leadership.   Remember, Judas Maccabees and his family were in the minority.  Yes, at first, they had been winning every battle against the Greeks for the first eight chapters of 1 Mac.  However, by chapter 9, a large group of Jews “were greatly frightened, and many slipped away from the camp, until no more than eight hundred of them were left.”  Sadly, Judas Maccabee dies in the next battle and “after the death of Judas, the lawless emerged in all parts of Israel.”—1 Mac 9:23 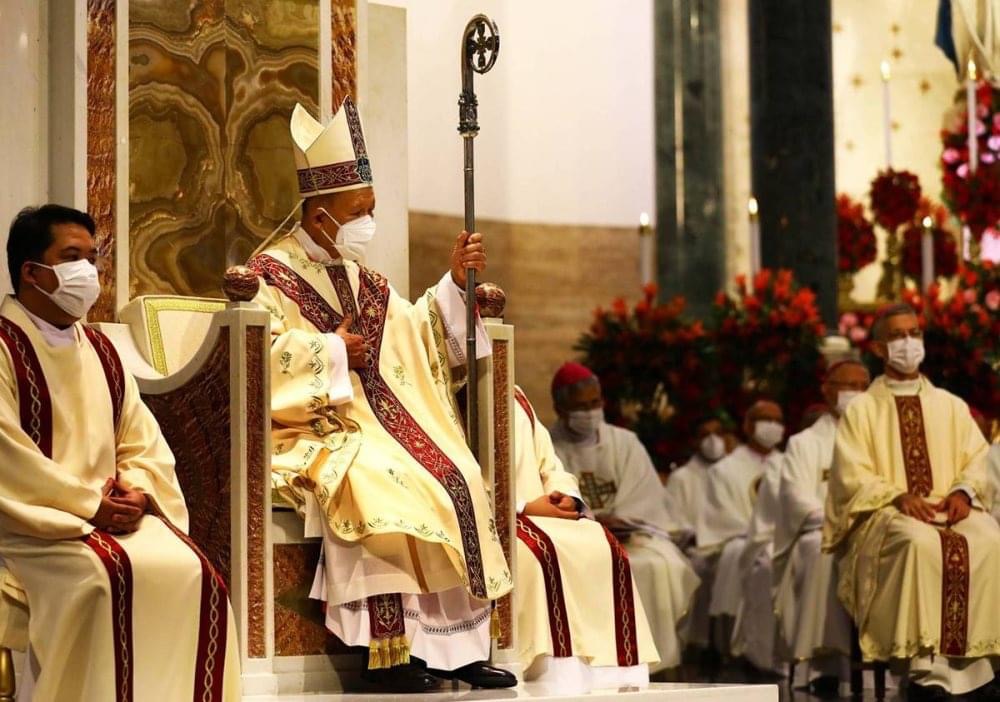 As I blogged about in True Obedience vs. False Obedience, no so-called “particular law” can ever trump Divine Law, for Divine Law is determined by Divine Revelation, namely, the Bible and the Magisterium.  Clearly, the attack on all seven sacraments is similar to the dismantling of the sacred items of the Jews in the 2nd century:  “And he proudly entered into the sanctuary, and took away the golden altar, and the candlestick of light, and all the vessels thereof, and the table of proposition, and the pouring vessels, and the vials, and the little mortars of gold, and the veil, and the crowns, and the golden ornament that was before the temple: and he broke them all in pieces.”—1 Mac 1:23.

What do we do?

In the next chapter, Mathathias Maccabee has this glorious line:  “Although all nations obey king Antiochus, so as to depart every man from the service of the law of his fathers, and consent to his commandments, I and my sons, and my brethren will obey the law of our fathers.”—1 Mac 2:19-20.  Notice how glorious is the Latin of verse 20:  Ego et fílii mei, et fratres mei, obediémus legi patrum nostrórum.  (We will obey the laws of our fathers.)

Our “charge” into battle needs to be not physical violence as the Maccabees at this point, but courageously defending both our bodies against gene therapy and the way of worship our fathers (the TLM) at all costs, despite what pagan idolators may say to the contrary.  Nobody can change the law of God and you need let no one attack God’s two Temples in the New Covenant:  the sacraments and the human body.