Discerning “The Great Reset” vs. “The Empire of Love” 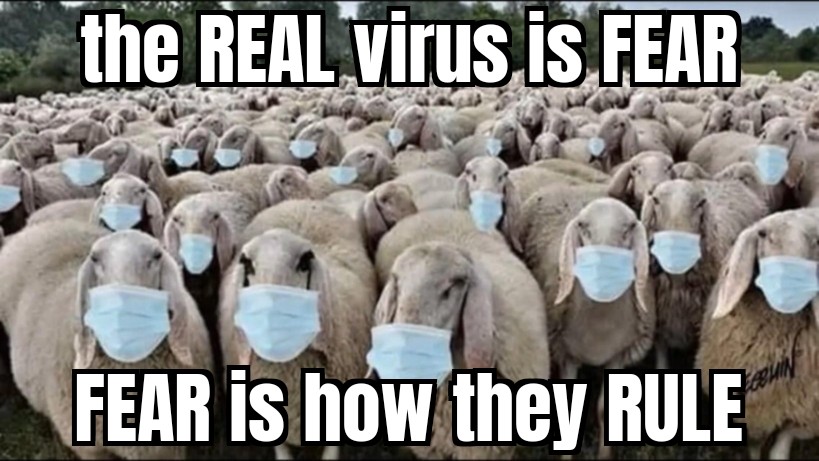 I believe the most common phrase in the entire Bible is “Be Not Afraid.”  It is in the Bible over 365 times.  So, if Christ’s message is:  “Be Not Afraid” then we must see that building an Empire of Love requires a sidelining the technocratic communistic fear needed to start the Great Reset.  This is because the real virus is fear and fear is how the communists have always ruled.  Communism always attempts to direct man in the place of God.

But long before communism, St. Ignatius of Loyola nearly committed suicide in the cave of Manresa in southeast Spain during the beginning of his conversion.  This was presumably because he was overwhelmed at how many mortal sins he had committed as he started to read the lives of the saints.  But a miraculous gift was given from God to St. Ignatius of Loyola.  Besides being given the interior gift to see and know and understand that God’s mercy was greater than all of his mortal sins, he also began to understand that God uses filial fear, but not servile fear.  This revelation produced the Spiritual Exercises, including these Rules for Discernment:

315. 2. In the case of those who go on earnestly striving to cleanse their souls from sin and who seek to rise in the service of God our Lord to greater perfection, the method pursued is the opposite of that mentioned in the first rule.
– Then it is characteristic of the evil spirit to harass with anxiety, to afflict with sadness, to raise obstacles backed by fallacious reasonings that disturb the soul. Thus he seeks to prevent the soul from advancing.
– It is characteristic of the good spirit, however, to give courage and strength, consolations, tears, inspirations, and peace. This He does by making all easy, by removing all obstacles so that the soul goes forward in doing good.
329. I. It is characteristic of God and His Angels, when they act upon the soul, to give true happiness and spiritual joy, and to banish all the sadness and disturbances which are caused by the enemy. It is characteristic of the evil one to fight against such happiness and consolation by proposing fallacious reasonings, subtilties, and continual deceptions.
330. 2. God alone can give consolation to the soul without any previous cause. It belongs solely to the Creator to come into a soul, to leave it, to act upon it, to draw it wholly to the love of His Divine Majesty. I said without previous cause, that is, without any preceding perception or knowledge of any subject by which a soul might be led to such a consolation through its own acts of intellect and will. 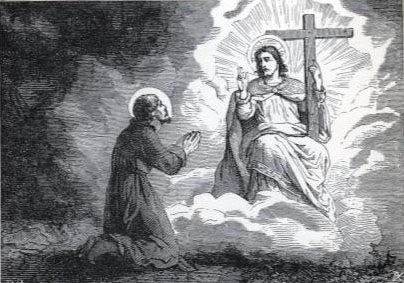 Notice again that St. Ignatius taught about recognizing God during decision making in life:  God alone can give consolation to the soul without any previous cause. It belongs solely to the Creator to come into a soul, to leave it, to act upon it, to draw it wholly to the love of His Divine Majesty.  What this means is that God will usually use peace, not fear, in those in sanctifying grace to draw him toward His will in very specific ways.  St. Ignatius of Loyola absolutely insisted that when peace drops on a troubled soul, it must be God Himself.

So, what does this mean for those who follow the masks and the vaccines and the lockdowns out of fear?   It means the issue of the Great Reset is a spiritual matter, not a medical matter.  It means those who follow fear are following the one St. Ignatius called “the enemy of humanity.”  But to build the Empire of Love, the hallmark along the way will be a fearless peace.  As Jesus said, My sheep hear My voice, and I know them, and they follow Me.—Jn 10:27.   God sometimes uses filial fear to inspire a fear of hell.  But in discernment of life decisions, health communists rule by fear.  God rules by peace in the soul of a Catholic in sanctifying grace. Internal fear will lead to Satan.  Internal peace will lead to the Empire of Love.