The Near-Martyrdom of St. John the Apostle

As most of you know, the only apostle not martyred was St. John the Beloved (also called St. John the Theologian.)   But as seen in the FSSP Ordo today (the 6th of May) there is an optional 4th class feast of St. John’s near-martyrdom in boiling oil at the Latin Gate that is even celebrated in red (R) by the priest (if he can find it at the back of his ’62 Missal!) Here’s the Roman Calendar as produced by the FSSP: 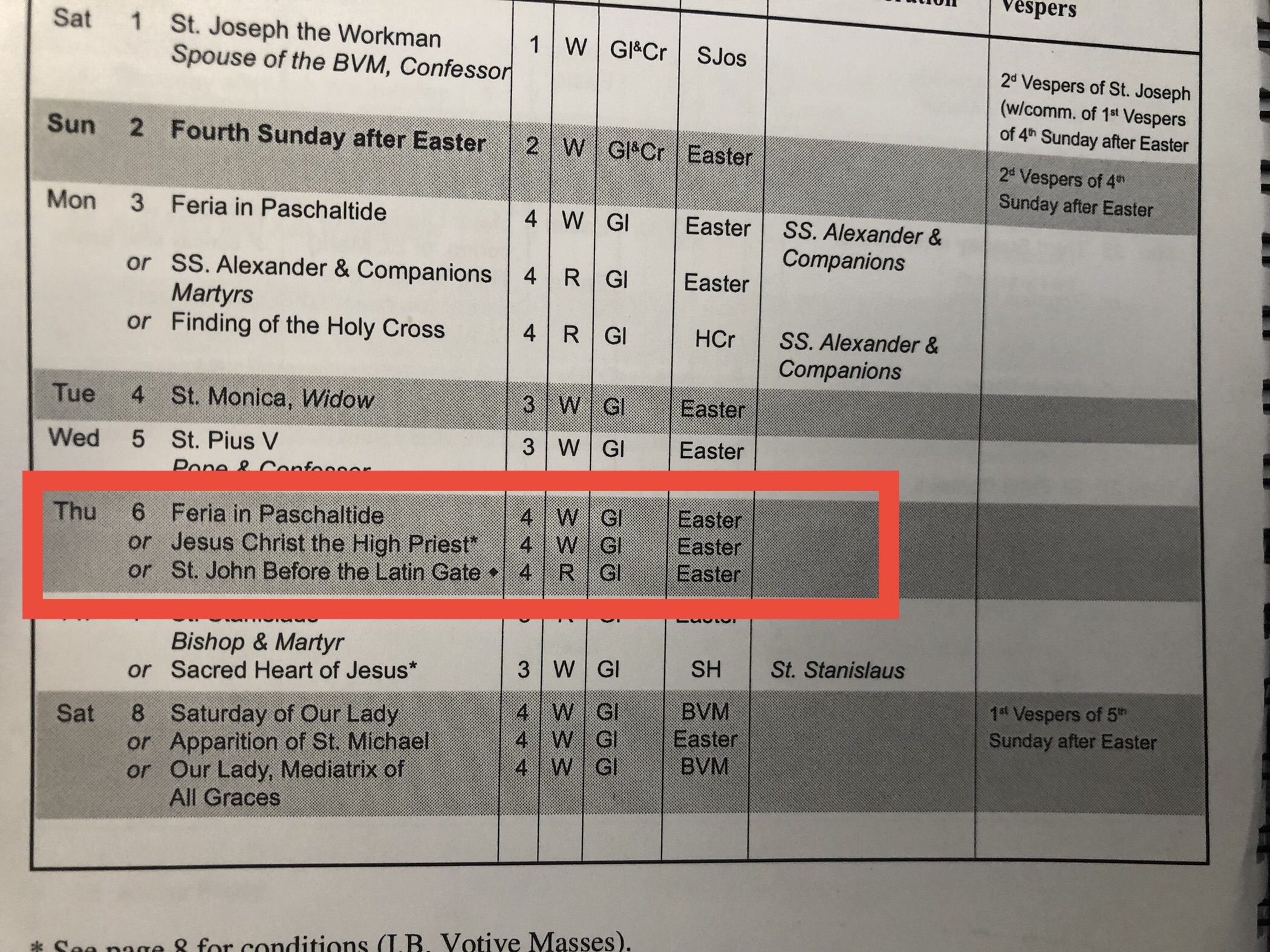 As the definitive and ancient Roman Martyrology reads on the 6th of May, “In Rome, the feast of St. John before the Latin Gate. Being bound and brought to Rome from Ephesus by the order of Domitian, [St. John the Apostle] was condemned by the Senate to be cast, near the said gate, into a vessel of boiling oil, from which he came out more healthy and vigorous than before.” (emphasis mine) 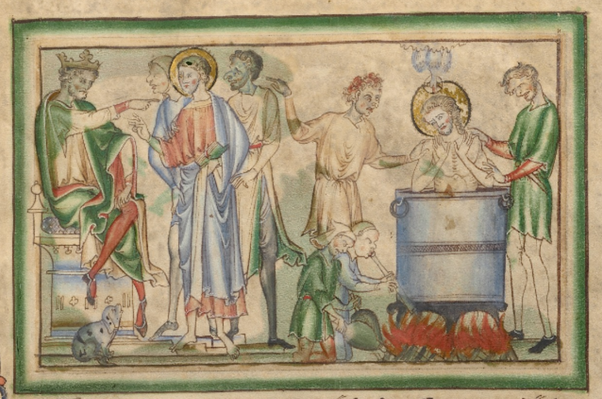 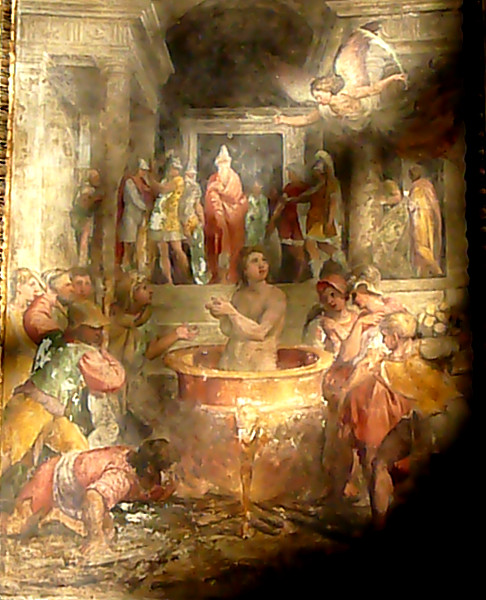 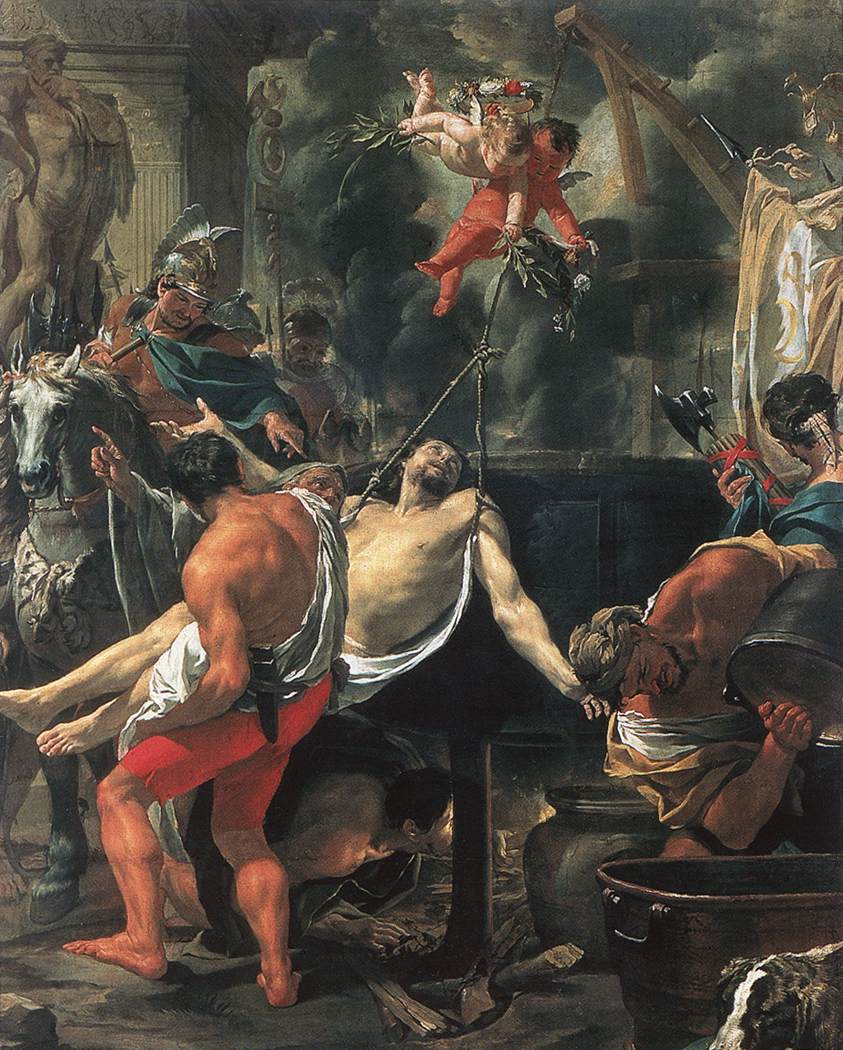