“Take Away Both Our Place and Our Nation”

From today’s Gospel in the Friday of Passiontide we read: So the chief priests and the Pharisees gathered the council and said, “What are we to do? For this Man performs many signs. If we let Him go on like this, everyone will believe in Him, and the Romans will come and take away both our place and our nation.”—John 11:47-48

As Passion week ramps up its tension against Jesus, we are given a rare glimpse into the mind of the Jewish hierarchy today in the 1st century. We know the Pharisees were already willing to kill Jesus out of jealousy, but today we are given an additional reason: They now fear that if they (the Jewish hierarchy) do not compromise with the State, the State will come and take away “our place” (the Temple) and “our nation” (the nation of Israel.)

Thus, the Pharisees here in John 11 are willing to kill Jesus in order to pacify the State for the sake of the Temple remaining open sometime in the future. Of course, this backfires.  By capitulating to the state, this very act of compromise sinks the temple.  Yes, 40 years after they killed Jesus to keep the Romans off their backs, the Romans would come and sack their temple.

The bully-state will always come and crush a religion that compromises its own values. When a hierarchy attempts to compromise its religion to pacify the state, the state will go ahead and crush it anyway. By getting rid of Jesus (read: the Holy Eucharist) the Jewish hierarchy lost the two things that short-term compromises should have secured in the the long run: our place and our nation.

Of course, they lost both. 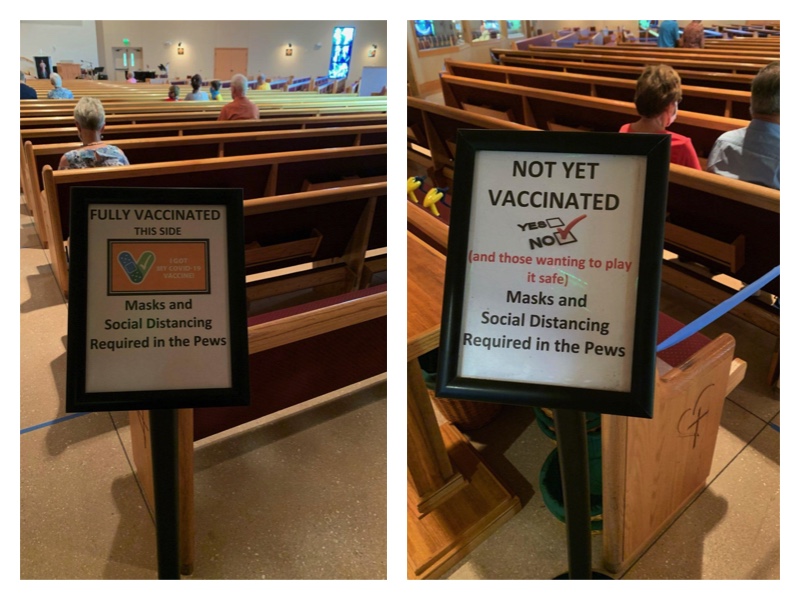 Worshipping at the altar of sacrifice (of aborted babies.)  The fact the vaccinated still have to wear masks is the clearest proof yet that they are not patients of good medicine but targets of social control.