Why the Left’s Fake Moral-Panic Is Directly From Hell

Even Washington Post admits that “both Hitler and Stalin were outdone by Mao Zedong. From 1958 to 1962, his Great Leap Forward policy led to the deaths of up to 45 million people – easily making it the biggest episode of mass murder ever recorded.”

Mao Zedong killed more people than Hitler.  Remember that as you read this blog post.

Mao Zedong was a master of turning people-against-people under the pretense of moral purification.  One of these sanctimonious moral issues that meant nothing to Mao (but allowed him to keep killing people while looking holy) was the plight of African-Americans.  He wrote this pamphlet you can still find on Amazon: 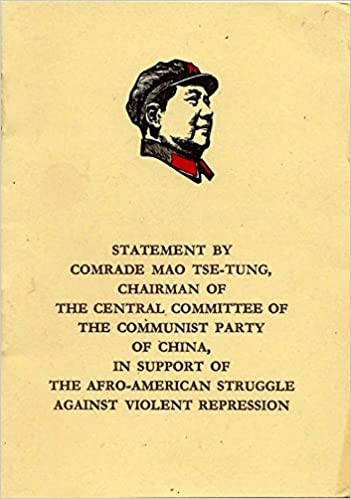 Note well that Mao Zedong, murderer of 45,000,000 people, promoted Black Lives Matter before it even existed.  (No, MLK would not have been a fan of BLM if he were alive today.)

Anyone Mao wanted to murder was automatically labeled a “counter-revolutionary” and his or her crime were always that they stood against “the people.”  One of the 45 million people that Mao killed was a non-Catholic Christian woman named Lin Zhao who had at one point (after her Christian high school education) become a fervent communist.  But after seeing the brutality of Mao’s China, she returned to her Christian roots and became arguably Mao’s most intractable and fearless critic, even as she wrote most of her letters against him from prison in her own blood.  She literally yelled screamed the truth so much from her prison cell that they eventually gagged her with a rubber muzzle and a rubber mask and shot her in a prison yard in Shanghai:

I just finished the above 325 page book on Liz Zhao’s life titled Blood Letters.  (It is one of the best books I have ever read and I highly recommend it.  It is found in hardback, Kindle and audiobook.  I listened to the latter.)  I have never been moved to tears in an audiobook, but this time I was.  Lin gave me so much courage and conviction posthumously to keep speaking up against the communist coup that has taken place in this country, for the left in this country has used a nearly-fabricated coronavirus panic and a nearly-fabricated race-struggle to pit people-against-people (satan always likes to use 1% truth for 99% lies.)  Satan has even topped it off with the illegal election of Joe Biden.  (It is no wonder most conservatives think that Communist China controls the mindless, bumbling Biden.)

One of the lines from the above audio book reads, “In the course of a few decades, Mao’s revolution had transformed the soulless apathy of the average Chinese…into a frenzied hatred towards class-enemies and into an equally feverish fear that one would be torched by the fire of the revolution unless it is redirected towards others.”  Furthermore, the director of an independent movie made about her life called Searching for Lin Zhoa’s Soul said in his trailer, “After the Anti-Rightist Movement in 1957, mainland China stopped thinking and people lived with lies and terror. It was this girl who began to think independently.”

Back to the United States:  I have a friend who was a nurse on the coronavirus floor of two West coast hospitals.  Her friend told me that she couldn’t get in clinicians (X-ray techs, other nurses, doctors, etc.) to see her patients because these clinicians were too terrified of coronavirus.  Many of her coronavirus patients died alone.  This was astonishing to me that the patients for whom the entire health-care world stopped also stopped caring for coronavirus patients, too.  But this is how satan works in communism:  Nobody wins.  Not even the proletariat for whom Mao claimed to serve.  In fact, he killed more poor people than anyone in history.

The United States is now pivoting not on economic and class-conflict moral-panic but a sanctimonious health-care moral-panic.  This only worked because most Americans “stopped thinking and people lived with lies and terror” as we read above.

If you think this is an exaggeration, consider the case of the Polish-American restaurateur in Michigan named Marlena Pavlos-Hackney.  The ABC News reported, “A western Michigan restaurant owner was arrested before dawn Friday and hauled to jail, a dramatic turn in a months long dispute over her persistent refusal to comply with orders and restrictions tied to the coronavirus.  Marlena Pavlos-Hackney, 55, will remain in jail until she pays $7,500 and authorities confirm that Marlena’s Bistro and Pizzeria in Holland, Michigan, is closed, a judge said.”  (Note the moral high-ground that ABC News takes over “her persistent refusal to comply with orders…” Sounds like something Mao Zedong could have written.) 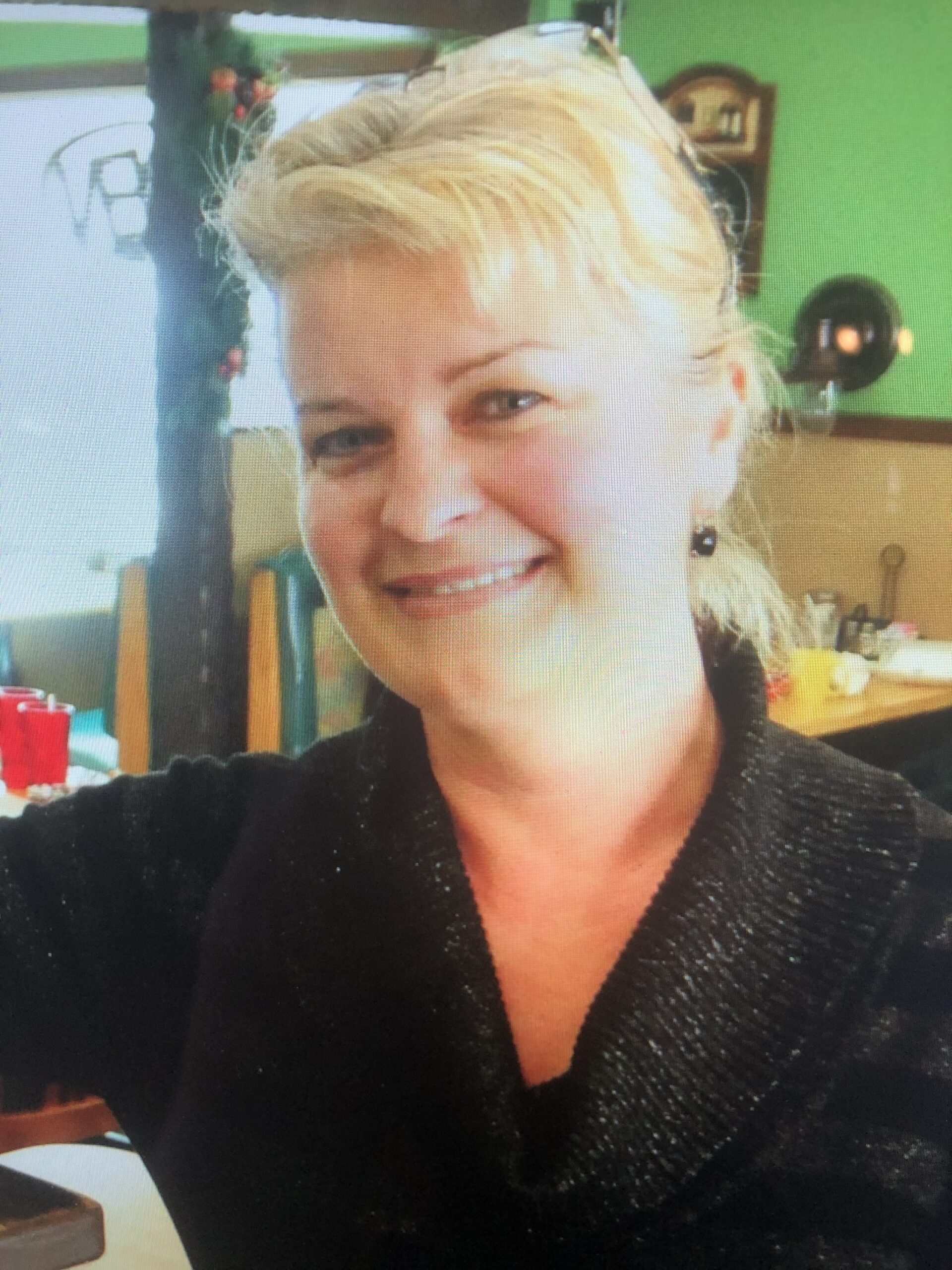 Marlena Pavlos-Hackney, a Pizzeria owner in jail for not conforming to Health-Communism.  Of Polish blood, she very much recognizes this as communist overreach.

It should be obvious at this point that the media (like ABC News above) do not care about immigrants (like Marlena) or those with coronavirus (like my friend’s patients) or even those in the LGBT community that they simply use for their own seemingly-compassionate ends, as Mao used the proletariat only to destroy them.  No, this is all a front to promote communism, not compassion.  And by communism, I do not mean green hats and factories.  By communism, I mean murder, mayhem and the destruction of any freedom to follow Christ.

A friend who was born in a communist country recently told me:   All the identity politics we see in the United States today is only to sift people into two categories:  Those who will conform to communism (murder and mayhem) and those who will not.  And by “communism” she agrees that communism has come to the USA in the form of “health-communism.” Remember at the beginning of this blog post we read that even WaPo admitted Mao killed 45,000,000 people (much more than Hitler.)

I stand with Christ.  I can only hope to be as courageous as Lin Zhao, to whom many anti-communists in China make forbidden pilgrimages to this day.  Yes, I too want to stand against all the moral-purification excuses used to promote communism right now, including all of satan’s plans of gender-politics, race-politics and vaccine-politics.  All of this will be used only to see who conforms to the state and who does not. It’s all a totalitarian attempt in what might constitute the final attempt of satan to turn the world against Christ and embarrass in a state of fake “moral-purification” (one of Mao’s favorite terms) all common-sense-based folks who will not fall for this ridiculous scamdemic.

In rejecting BLM and health-communism, I reject satan and his vaccine and his desire for me to wear a face-diaper at all times.  I hate satan’s face-diaper of muzzling, not unlike the rubber gag that Lin Zhao was led to her death with. 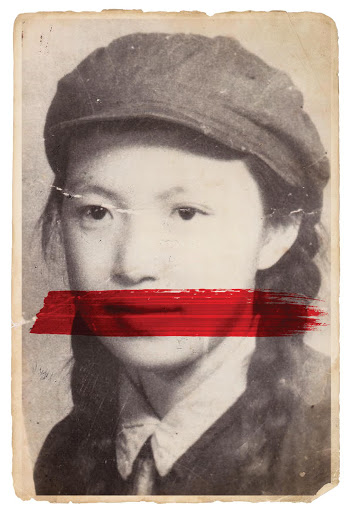 But she turned her back on her communist days and returned to Christ, for Whom I believe she died.  Perhaps her unwavering hatred of communism came from her understanding there was no grey area anymore in 1960’s China:  “Whoever has the Son has life; whoever does not have the Son of God does not have life.”—1 John 5:12.  So also, we must pick a side on his fabricated moral-panic screams of health-communism, race-relations and trans-gender-ideology.  But remember, at the end of the day, those three issues have nothing to do with those three issues. It’s all about who will conform to satan’s totalitarianism and who will not.  I wouldn’t even take Bill Gates’ death-vaccine if—hypothetically speaking—both a Pope and an antipope took it.

I choose to conform to Christ.