The Little Office of the Blessed Virgin Mary

As far as the old-school Roman Breviary as found in the featured image above, I would say no.  Why would I say no?  Because it is 8 “canonical hours” of the Psalms on repeat all day long and most of us pray it in Latin.  It takes 2-3 hours a day and we pray all 150 Psalms a week in Latin.  2-3 hours of Latin prayers is appropriate for a hermit like me, but probably not for a lay person like most of you.  However, if you insist on a couple of the old-school canonical hours, there is a good app that has the old Divine Office to be prayed in the English and the Latin (as well as the Roman Marytrology prayed at Prime) called BrevMeum also found at Divinum Officium with the daily TLM readings too.

As far as the new Liturgy of the Hours, I would also say no it’s not good for lay people.  Why?  First, because there are errors in the propers and intercessions, including this collect in which even a first-year Protestant-evangelical-seminarian could catch a whiff of the ancient heresy of Pelagianism here:1 Also, consider the fact that the English translation to the “Glory Be” has been changed into something odd:

Did the “International Commission on English in the Liturgy” (ICEL) think the proletariat was too stupid to know the word “shall” as found at the ending of the classic ‘Glory Be’ in English for centuries?

Before I get to the Little Office of the Blessed Virgin Mary, please be aware that in Introduction to the Devout Life, the great saint and doctor of the Church, St. Francis De Sales says that for lay people, it is much more important that everyone pray mental prayer than the Divine Office.  Mental prayer is just meditation on the Gospels of Jesus Christ or silence before an icon.  For this reason, I began my online mental prayer (meditation series) called VLX on YouTube which stands for Video Lectio Divina.  Then, we add into the mix that numerous modern saints say that the Rosary is the most important prayer that we pray each day.

So, if you finish your daily mental prayer and your daily Rosary on a regular basis, then and only then would I suggest you pray a couple of the canonical “hours” of the Little Office of the Blessed Virgin Mary as found in a book like this: 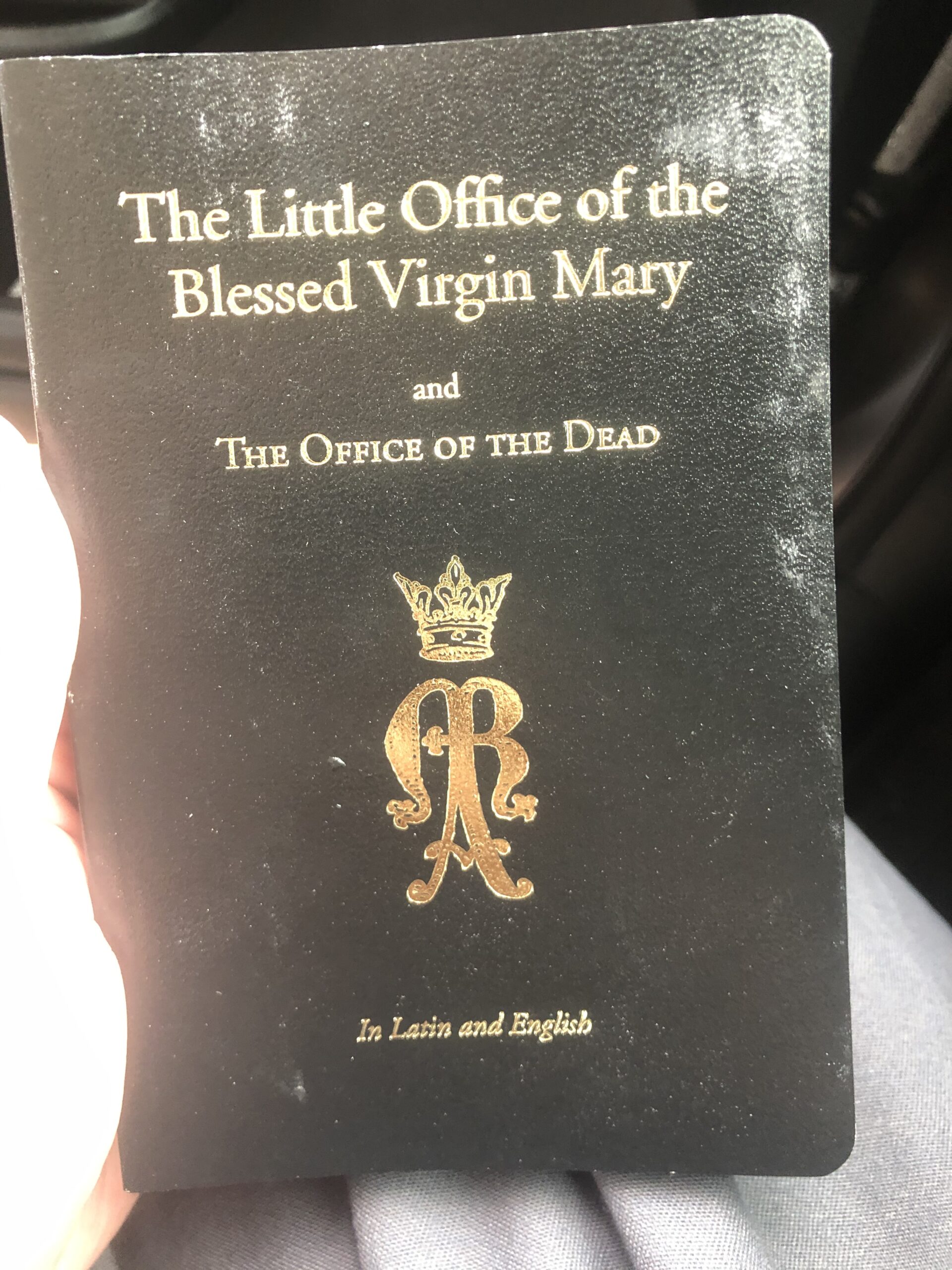 Praying some or all of the “hours” of the Little Office of the Blessed Virgin Mary is the best connection a lay person can have to the old school Divine Office or Roman Breviary that is formed on the Old Testament notion of praising God 7-times a day (Ps 118/Ps119.)

Compline (Night Psalms) seems to be everyone’s favorite, including my own.  It’s the best way to end the day.  So, my advice based loosely on St. Francis De Sales’ advice is:  Do mental prayer and Rosary in the morning and (and then if you are successful at integrating both of those into your daily schedule for at least a month) add Compline (night Psalms) as found in your Little Office of the Blessed Virgin Mary at night.