Biden’s White House Adviser Dr. Anthony Fauci just told the World Health Organization: “It will be our policy to support women’s and girls’ sexual and reproductive health and reproductive rights in the United States, as well as globally” in a repeal of the Mexico City policy.  It is this same Dr. Anthony Fauci who wants us all to take a COVID-19 vaccine developed on unborn babies who “were alive at tissue extraction.”

I suspect (but can not prove as clearly as the hyperlinks in the previous paragraph prove a single pro-death team) that at the General Judgment we all will see that the same group of men who paid for the invention of COVID-19 in a Wuhan lab were also the same people controlling this government-overreach lockdown across the globe.

Abusers, kidnappers and communists all use Stockholm Syndrome defined as “a condition in which hostages develop a psychological bond with their captors during captivity. Emotional bonds may be formed between captors and captives, during intimate time together, but these are generally considered irrational in light of the danger or risk endured by the victims.”

The communists employed this psy-op on their own people in the 20th century, and we are seeing it played out in the COVID-19 lockdown across the globe in the 21st century:  What was once “two weeks to flatten the curve” is now an abuse cycle that the globalist totalitarians use against us, replete with rejection medicines that would actually work against COVID (eg hydroxychloroquine or Ivermectin) and promises of a better day in the future, hence the featured image at the top, DON’T WORRY, WE’LL HOLD HANDS AGAIN.

That is classic Stockholm Syndrome.  The truth is that Fauci and Gates’ big global government has no intention to let you hold hands again.  If they release their grip on your social life for a time, it is simply to increase your trust in their “mercy” so that you will trust them when yet another lockdown leads to another aborted-baby-based vaccine in preparation for the next cycle of the “new strain” (already here) to pave the way for yet another vaccine that came from the lines of babies that were alive while they were tortured under lab instruments (see first paragraph.)  It will prep us all for more lockdowns causing more suicides (all justified in the name of reducing climate change) while every country hangs on the words of the globalists lying through their teeth as they say: DON’T WORRY, WE’LL HOLD HANDS AGAIN. 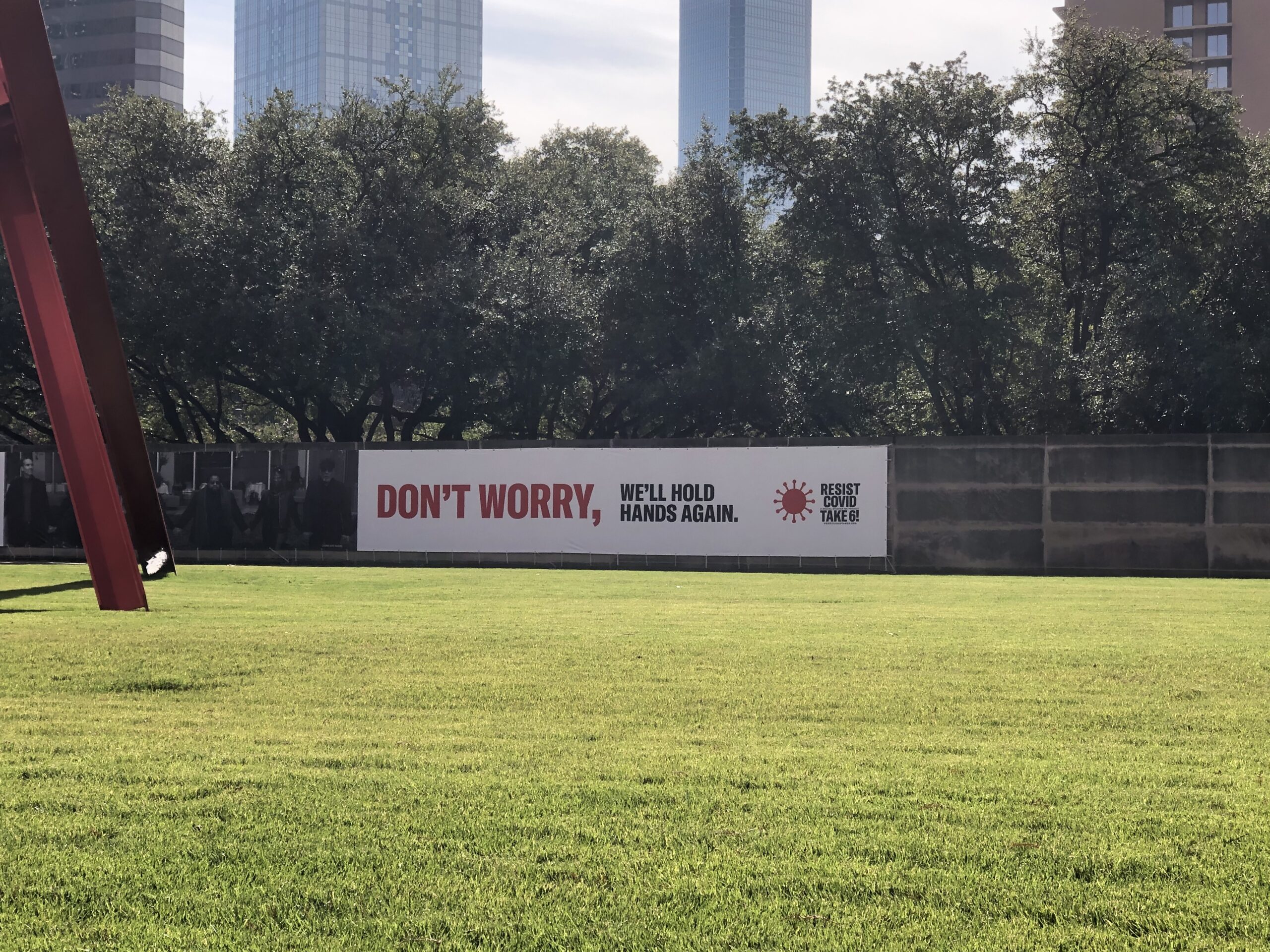 Pic I got in downtown Dallas as I travel here for a wedding this week.