Convert to the Catholic faith, H.W. Crocker, somehow managed to fit 2,000 years of Catholicism into his 500 page book called Triumph. Having read it for the second time earlier this year, I noticed the behavior of one group of murderous medieval heretics appears to be the same as an American political party today. Let’s first consider Crocker’s description of the Albigensian heretics of the 13th century:

“The roots of the heresy lay in the East. Its pedigree included, historically, the Arians and especially the Manicheans. More immediately, it was influenced by the iconoclastic Paulicians, exiled from Byzantium; the violent Bogomils of Bulgaria (from which we get the useful word “bugger”); the Waldenses; a variety of church desecrators; and finally the Cathars, the Greek-named rationalist, Biblical-literalist, anti-clerical, anti-materialist movement of which the Albigensians were a part. Their combined thrust was against the world, the flesh, and the Catholic Church.”

Now, I will repeatedly quote chapter 11 of Triumph as we consider eerie similarities to the Democrats in 2020:

Albigensians: “The Albigensians were a sort of Pro-Death League, opposed to marriage, children, and pregnancy, a calamity for which abortion was recommended.”
Democrats: ““Joe Biden and Kamala Harris support taxpayer funding of abortion all the way up to the moment of birth, late-term abortion.”—Mike Pence describing his opponents’ stance on abortion in 2020 vice-presidential debate.

Albigensians: “If one could not follow a Pauline path of celibacy, the next best thing was fornication that did not perpetuate the species.”
Democrats: Harvard researchers recently told Forbes:  “Risk reduction includes limiting the number of partners, avoiding sex with partners who have evident symptoms consistent with Covid-19, avoiding kissing and behaviors with risk of fecal-oral transmission, wearing face masks, showering before and after sex, and cleaning the physical space with soap or alcohol wipes.”

Albigensians: “Because matter was sinful—only the spirit was pure—death was to be hurried along. Suicide was accepted. The preferred Albigensian method was self-starvation supervised by helpful Albigensian hospice workers to make sure the loved one didn’t slip out for some bread and wine.”
Democrats: The Democrats promoted euthanasia even under cover of the covid lockdowns:

Albigensians: “The Albigensians denied the sacraments of the Catholic Church but came up with one of their own, the Consolamentum, which offered a final absolution of sins and was available only once.”
Democrats: Governor Newsom of California criminalized religious gatherings and was sued by evangelical Christians.  Governor Andrew Cuomo even publicly threatened the Orthodox Jews of NYC:

Gov. Andrew Cuomo: "I have to say to the Orthodox community tomorrow, 'If you're not willing to live with these rules, then I'm going to close the synagogues.'" pic.twitter.com/QWOPvZMbFI

Albigensians: “The Perfect kept the cult’s rigid strictures of self-denial, including celibacy, non-dairy vegetarianism (though fish was allowed), poverty, no swearing (not just profanity, but any oath, including an oath of feudal allegiance), pacifism, and so on. The mere Believers were given somewhat looser strictures, which allowed sodomy and fornication without conception.
Democrats: The Democrats also have a double-standard for their rich and poor.  Just this week Governor Newsom of California and Mayor Lightfoot of Chicago were both caught violating their own covid-panic rules of no masks and no social distancing.

Albigensians: “The feudal lords of southern France prevented [the Catholic Church], because they saw in the Albigensian heresy a way to gain money, power, and independence at the expense of the Church—which was a major regional landowner—and the French king, who was the Church’s ally.”
Democrats:  Capitulation due to fear is indicative of US Democrat-voting Catholics.  The USCCB recently took heavy fire from more than just traditional Catholics for congratulating the USA’s “second Catholic President” following an unverified election.  Such capitulation to sacrifice the truth reminds one of the feudal lords of France who chose heresy over Catholicism, just for the sake of money and false-peace?

Albigensians: “Churches were sacked. Altars were desecrated. Crucifixes became try-your-luck targets for marks-men. The Vandal was back in Europe, preaching a liturgy of death.”
Democrats (international liberals in this case): 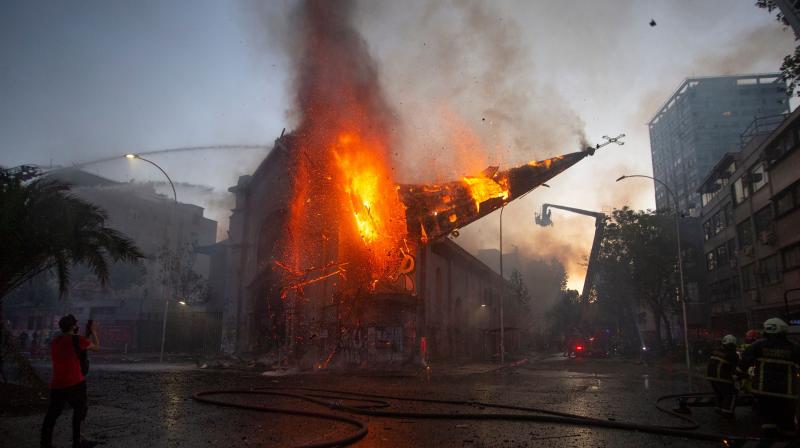 In the 13th century, Pope Innocent III first tried to counter these heretics with a new religious order, the Dominicans. Crocker writes:

“Monks like Dominic Guzman (who would become Saint Dominic) were sent to southern France to win people back to the faith by rhetoric and public debate. They were to set a worthy example, walking humbly—like St. Francis— rather than with the feudal pride of the Catholic bishops, which was thought to fire puritanical resentment. They were to establish schools to educate Catholics about their faith. In all these things, Dominic and his men made progress. But it was not enough. In 1208—ten years after the first monastic missions to reclaim southern France—a legate from the pope was murdered. The killer was a knight in the service of Count Raymond VI of Toulouse.” 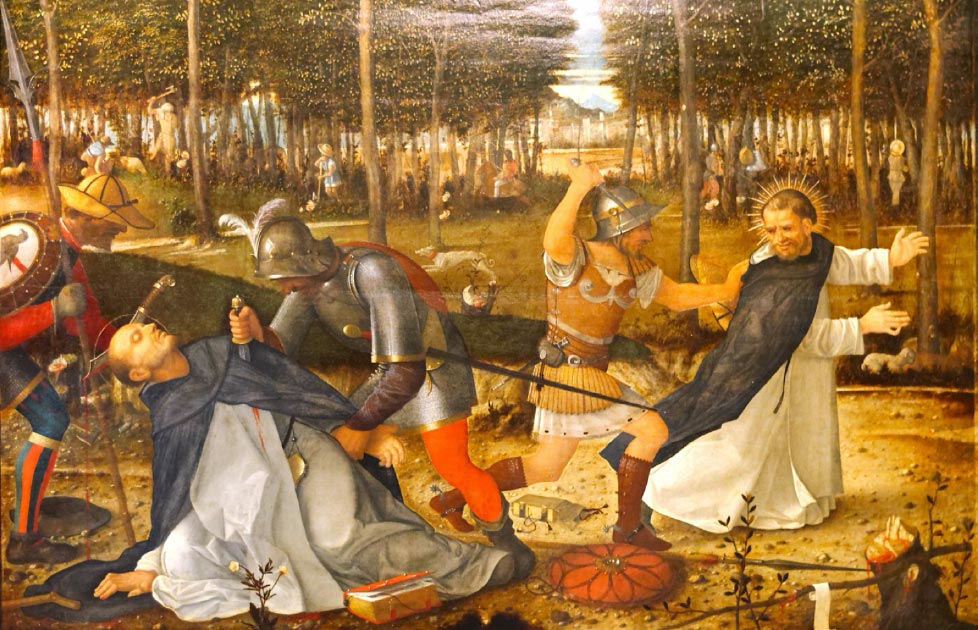 But after Dominicans were killed, the Pope saw only one solution to the Albigensian heresy:

“The Albigensians, the pope declared, were a greater threat to Christendom than were the Saracens. Here was a threat that was immediate, not far away. The Albigensians threatened the religious unity, health, and peace of Europe. Pope Innocent III declared a Crusade. Knights who pledged themselves to the cause received the same spiritual rewards as knights pledged to the Holy Land. Moreover, they had full legal right to seize the lands of the heretical nobles who waged war against them…The mighty host of loyal Catholics—Frenchmen, as well as knights from Germany and Belgium, representatives from the pope in Rome, and St. Dominic, who served as a chaplain—assembled in 1209.

“They laid siege to the fortresses of Beziers and Carcassonne, both of which were taken, the first, in particular, at fearful cost to the defenders. The quote often attributed to a papal legate—Kill them all; God will know His own— is apparently apocryphal, though one can see why it was invented, for it is a fair description of what actually happened during the slaughter at Beziers…St. Dominic celebrated a Mass for the Crusaders, who remained on their snorting, stamping horses throughout the service. Then, blessed by Dominic, with Simon de Montfort at their head, they charged…“