When a Nation Becomes Possessed 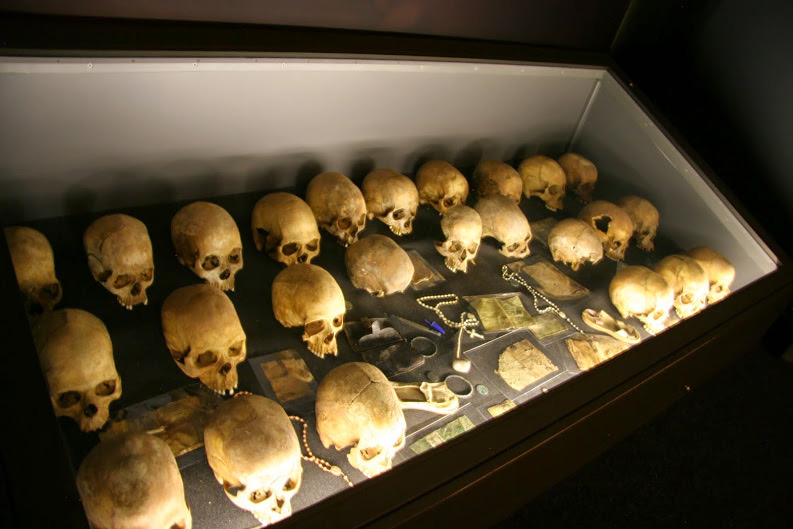 The above image is a photo that one of my CSU students took 20 years after the Rwandan genocide. We arrived in Kigali in 2014 for a service project 20 years to the month following the genocide that took a million lives, most dying from a machete chop to the head. One thing I didn’t expect as I farmed out 20 young college students from Colorado to African families through the nation’s Capital of Kigali was that every student would be seated at a dinner table with one or two empty seats.  These empty seats were once belonging to members of a family who had perished in the genocide. A five year old would have been 25, and was not at dinner. A 20 year old would have been 40 years old, and was not at dinner. 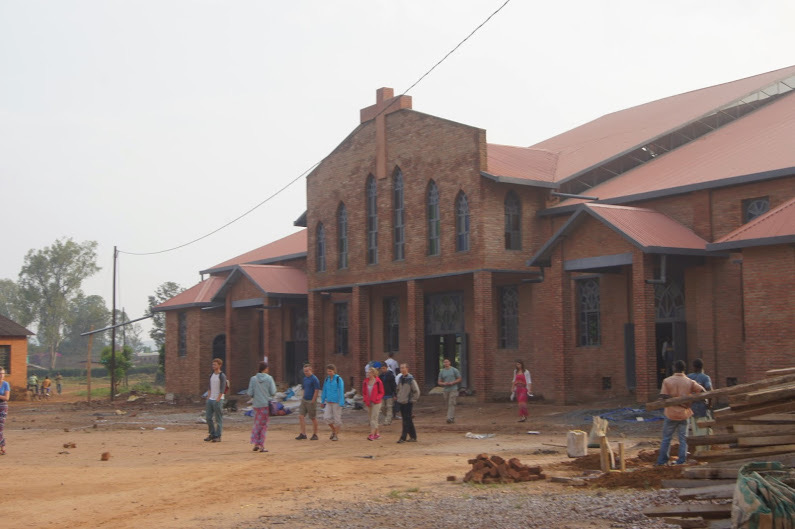 My CSU students at me at the Church at Nyamata, Rwanda where 50,000 genocide victims were buried.

The Catholics of Rwanda were only slightly better catechized than the average American Catholic, so I was surprised when we heard the descriptions of the genocidal killers: “Walking like insect,” “black inhuman eyes,” “scared himself when he looked in a mirror…” Obviously, these are descriptions of possessed people by people who had never been involved in an exorcism.  Perhaps they didn’t even know what an exorcism was.  Why then were they using terms of what exorcists call “manifestations”? The more descriptions I heard from the living of those who had brought so many to the doors of death, the more I realized: A good chunk of the entire nation’s killers in Rwanda in 1994 were not just oppressed.  They were possessed.  I had never heard of an entire nation becoming possessed before. 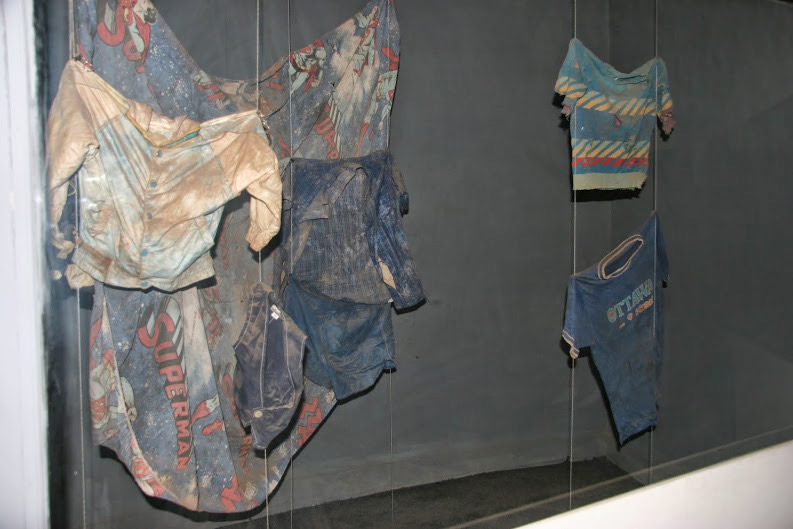 The clothes of children killed in the 1994 Rwandan genocide. Photo snapped by one of my students. 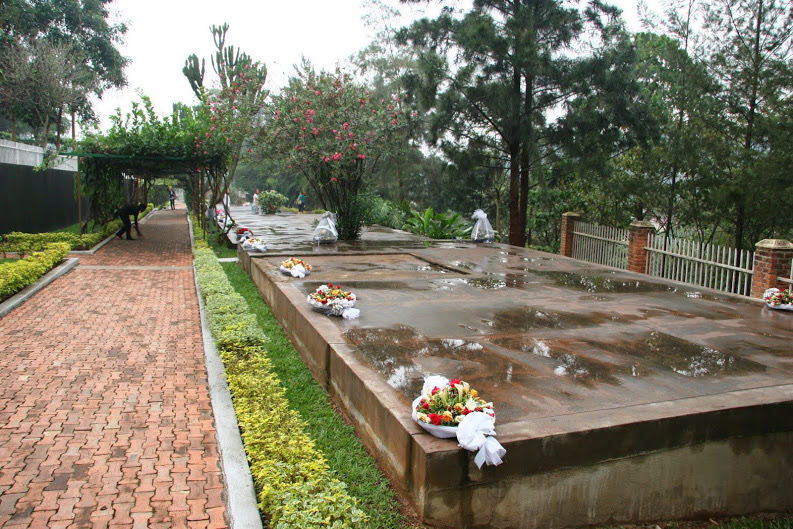 The regimes of Communism never seemed so dramatic.  Of course, they were much more immense than any of our American history books let on: Communism ruled the entire eastern half of the globe in the entire second half of the 20th century.  And yes, I have read stories of communist guards in a diabolical frenzy as they kill an Orthodox priest or a Catholic priest. But for the most part, the citizens in the 1980s of the USSR were pretty subdued into a stoic existence of atheism, work and a little pleasure. Diabolical rages were not something that seemed to grip the average Russian of the 1980s, at least from the footage the US media showed us as we all grew up under Ronald Reagan during those years.

But there are examples of nations besides Rwanda that became possessed, now that I think about it.  For example:  France in the 18th century.  The French Revolution had behavior that makes me think that most of the country was possessed.  Simply people who were angry about their socio-economic status would not have violated nuns or stomped on the Eucharist. To a modern unbeliever with a clear mind who took a time machine to the French Revolution in the 18th century in France, it might simply look like a zombie movie where everyone (except a few pious Catholics) had lost their mind. But to we believers trained in deliverance ministry, the French Revolution would have appeared to be a nation living in a loud, diabolical rage where reason and morals meant not only nothing, but where the opposite of reason and morals would rule in the minds and hearts of most of the French (ironically in the name of “reason,” the one thing they didn’t have when they killed nuns.)

I now believe we are at the point where half of America is possessed, or highly diabolically oppressed. I know that sounds like an extremist conclusion from a priest who “finds a devil under every rock.” Perhaps an accusation of “possession” from a conservative to a liberal is as unfair, goofy, unfounded, mindless and overused as a liberal calling a conservative “racist” for no good reason at all. But that is why I included the above examples showing the difference between Communism and the French Revolution: In communism, satan took over a nation in a stoic manner of silent atheism. In the French Revolution, satan took over a nation in making people live and act in an uncontrolled rage.

Gloria Polo, a Catholic in South America who had a near death experience and was sentenced to hell before being given her life in earth back.  Christ gave her a mystical vision of sin and what effect just a single abortion has on the spiritual ecosystem of the planet:

“The devil commands from the depths of the abyss, because we are scattering innocent blood! A baby is like an innocent lamb and without stain… And Who is the Lamb without stain? It is Jesus! In that moment, the baby is the image and likeness of Jesus! The fact that it might be the mother herself to kill her own child, determines a profound bond with the darkness, permitting that more devils from hell might come out to destroy and strangle humanity. It is as if one might open the seals… Seals that God has put to impede evil to come out, but that, for every abortion, it opens… And so horrible larvae come out, so that there are more and more devils… They come out to chase and persecute humanity, and then make us slaves of the flesh, of sin, of all the bad things that we see, and we will see always more. It is as if we might give the key of hell to the devils, to let them escape.”

Notice that Gloria Polo wrote that every abortion opens a seal in hell and demons subsequently escape to make men and women “slaves of the flesh.”

But the French Revolution of insanity and possession has not only come to the United States. The French Revolution has now filled the entire Western hemisphere, except perhaps, developing countries. Brazil (that has police vs gang shootings every night) was rioting about George Floyd.  Saudi Arabia literally locked-in entire towns.  The California governor closes all Churches while California Catholics obey behind their face diapers of submission.

The global screaming and hatred and rage against science and reason (yes, I wrote against, not for, science and reason) has now filled the throats of those living in an unearthly madness. They rage against anything and anybody they disagree with, with the cry:  “racist!” having no idea what that word even means anymore.  They yell at people without a mask without studying the case fatality rates or the use of inhaled steroids as a simple solution to coronavirus. The fact is: The left doesn’t care about faith or reason anymore.   They only want the outside society to have as much disorder as their interior lives.  I have never been more shocked in my life at the left’s opposition to real science on coronavirus or a true look at the statistics of police violence than I have been now in 2020.  Consider the facts in this video of how the police are the number one reducer of inner-city killings in the USA:

The folks who I thought were semi-rational liberals will no longer discuss faith, reason or science when it comes to coronavirus or the statistics on police killings or really anything sociological (not to mention theological.) It reminds me of the scene in “I Am Legend” where Robert Neville (Will Smith) has to simply kill his own dog as it tries to bit his face off.  Why did it try to bite his face off?  Because his poor, trusty dog just caught the virus that makes mammals into crazed cannibals.  But by this point in facing zombies, the US Army virologist Neville breaks his dog’s neck with sadness, not anger.  He understands full that his dog is not mad at him.  His dog just has a horrible virus.   So, he kills it: 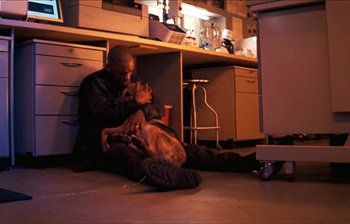 The leftists of America will not listen to, say, a reasonable person saying that a couple in St. Louis has a right to defend themselves against a violent mob.   Of course, I am not saying we should harm leftists for being so stupid.  Quite the opposite:  I am saying the leftists now have some exoneration for their misbehavior:  being possessed.    Just as Will Smith doesn’t get mad at his dog, we have two options with leftists:  We either pray for them and/or we avoid them.  But arguing with them would be as stupid as arguing with a zombie: 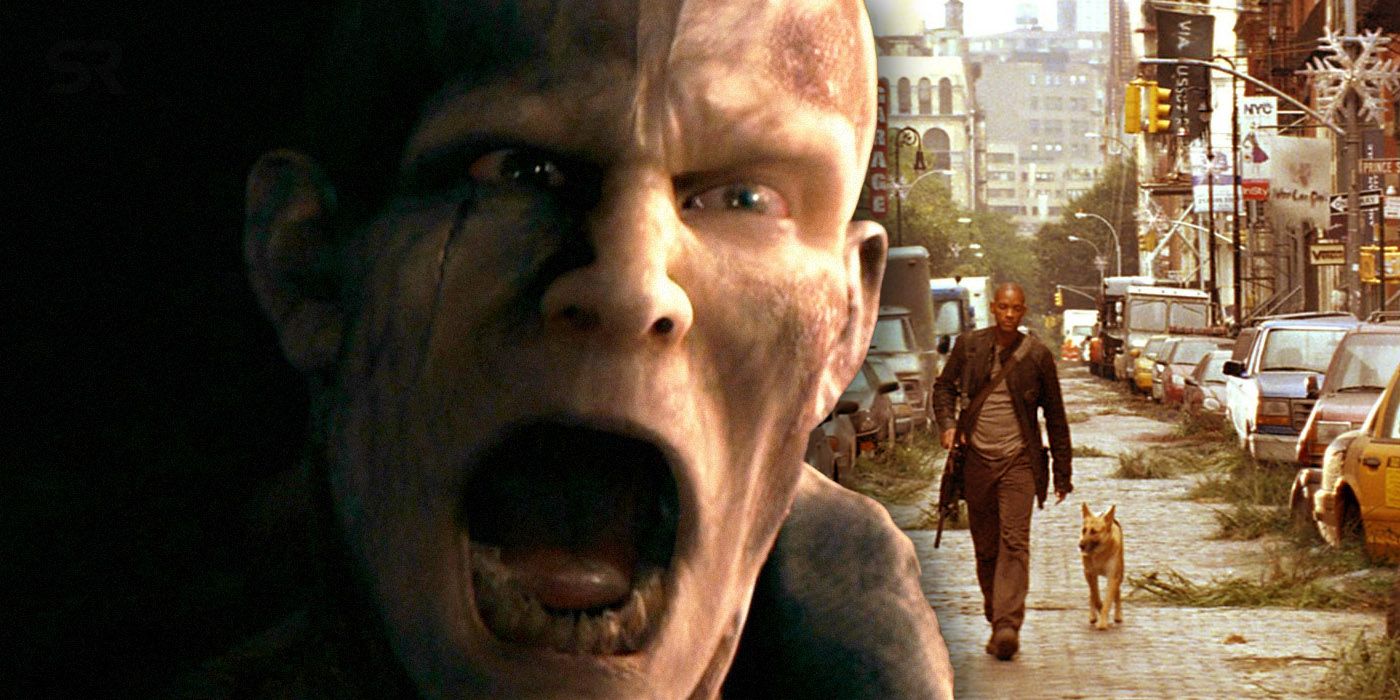 My opponents don’t want the facts. My opponents want to scream “racist” and justify the burning of statues (including abolitionist statues) not because they are interested in learning that abolitionists are actually the great heroes against racism in this country but because they want to project their own self-hatred upon this country and our Church. My opponents (including liberal Catholic priests) do not want to listen because (like Neville’s dog in “I Am Legend”) they are bitten by a virus which is nothing short of diabolical oppression or full possession.

And so I am at the point  where I realize you can not discuss things with people who scream “racist” and live in fear of a medium sized flu and go into a rage at anyone would would dare discuss not only theology but even reason and science. If demons have not taken over the brains of my opponents, then why do they reject not only faith but also reason?  And if demons have taken over the brains of my opponents, then my readers need to take courage that—just like the Catholics in the French Revolution—now is not the time for meeting zombies halfway to “evangelize” them…

…Now is the time to hunker down and spiritually and physically protect your own. 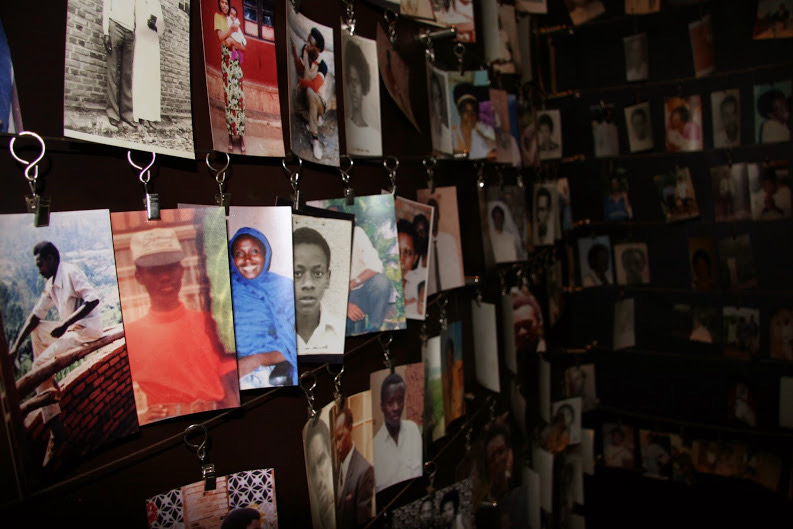 Rwandan genocide victims. These pictures hang in the museum we visited.