What Happens to America’s Poor if the Police Are Defunded?

I’ve done missionary work in Central America, South America, Africa, Europe and Asia.  After so much travel, I can say in very good confidence that we in the USA have the least corrupt police departments of anywhere in the world. Our cops sometimes do horrible things, as the George Floyd video demonstrates. But here’s what anyone who has lived outside the United States already knows: In most third-world countries, the only people with physical protection are the rich who can afford private security guards for their families. 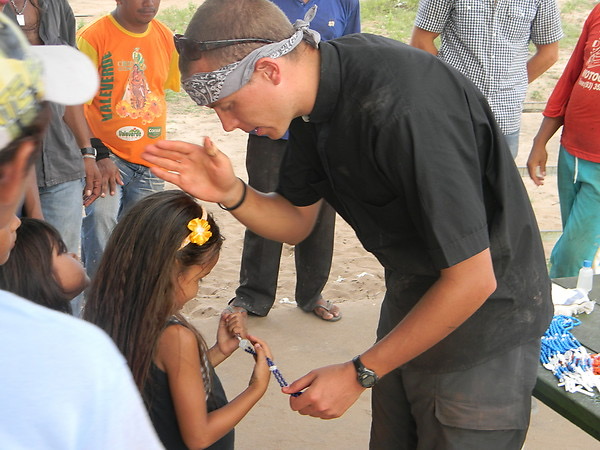 The police in most third-world countries are so corrupt that they are frequently in cahoots with traffickers. If a woman loses her husband in a third-world country, there is a very good chance that she and her children will be trafficked. In fact, the police will frequently make money from the traffickers. The Protestant founder of International Justice Mission (IJM) Gary Haugen demonstrates in his Washington Post best-seller The Locust Effect that the number one threat to the poor of the world is violence. The poor in most of the world have almost no protection under corrupt police. However, the rich have weapons and many security guards in most of the world. In fact, you don’t have to travel to Cambodia to see this. All you have to do is cross the border to Mexico: Here, only families with security guards have protection from kidnappings. The poor can not afford security guards, so they are simply sitting ducks to become victims of murder, extortion, labor-slavery and sex-slavery.

So, when I see people in the United States say, “Defund the police,” they think they are making a statement that is pro-poor and anti-rich. Nothing could be farther from the truth. If we defund the police in the USA, then we move to a private security state which means that the rich can defend themselves with weapons and paid security.  Then, the poor become even more pronounced victims of poor-on-poor violence.

Many traditional Catholics point out that in the middle ages, there were no police. These tiny feudal kingdoms protected their own, and the truth is:  They worked.  Things were quite safe, especially compared to modern American cities.  So, perhaps the eradication of the police is the inevitable course of this country. If the USA completely collapses and we end up in some forced version of Rob Dreher’s Benedict Option, then all the rural, conservative Christians with many guns and many plows and many slow-smokers will live in peace…while the cities burn down. Is this what the people who say “Defund the Police” actually want? Do they want peace for the rich whites in the country side while the inner-cities kill each other even more than now?  That’s what happens if we eradicate the cops.

Again, let me say:  I’ve seen cops do rough things on the streets as a medic, but we have the least corrupt law enforcement of any country I’ve seen. I definitely don’t want a police-state and neither do my conservative cop friends. But if the chaos in the USA gets worse, we could see things devolve into a second-amendment folks vs. cops war. As that Seattle cop in his viral video (linked below) said at timestamp minute 5:  “We’ll have our ability to enforce the law stripped from us in about ten minutes.”  In other words, if the coronavirus government overreach continues and/or the government laxity in the face of these riots continues, the cops will lose against both the rich with legal weapons and the poor with illegal weapons.  And then the poor will kill each other even more.

We will also have civil war, and the biggest losers of urban violence will be, wait for it…the poor yet again. It will make a summer on the south side of Chicago look like walk in the park to what is coming to the poor if our country does not stave off the current chaos. Rich whites with guns (the description of most of my friends, so no offense to them) will do just fine without the police. But the poor blacks and hispanics of the inner cities will die.  And they will die at hard-core figures without the police.