What Exactly is the Triumph of the Immaculate Heart of Mary?

On 13 October 1884, Pope Leo XIII entered a trance after finishing Mass in the Vatican and he saw Jesus and Satan talking:

Satan: “I can destroy Your Church.”
Our Lord: “You can? Then go ahead and do so.”
Satan: “To do so, I need more time and more power.”
Our Lord: “How much time? How much power?”
Satan: “75 to 100 years, and a greater power over those who will give themselves over to my service.”
Our Lord: “You have the time, you will have the power. Do with them what you will.”

Pope Leo XIII then went to compose his prayer to St. Michael to be prayed after Masses everywhere.

Fast forward 33 years to 1917 when the Mother of God would have monthly apparitions to simple shepherd children in Fatima, Portugal.  To these children, Mary revealed warnings about World War II and the future of the Catholic Church.  Besides these prophesies coming true, the children were also vindicated when 70,000 onlookers (including atheists) saw the sun zig-zagging and diving to the earth: 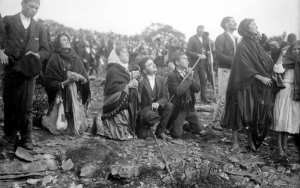 Even secular press admitted this “sun miracle” took place. It  was probably the most spectacular miracle in the history of the world, at least since the Resurrection of Jesus Christ.

What is the Triumph of the Immaculate Heart of Mary?

Several months before that miracle, Mary spoke to those same children of the Triumph of her Immaculate Heart in regards to Russia and the entire future of the world and the Catholic Church.  She said:

“If my requests are heeded, Russia will be converted, and there will be peace; if not, she will spread her errors throughout the world, causing wars and persecutions of the Church. The good will be martyred, the Holy Father will have much to suffer, various nations will be annihilated. In the end, my Immaculate Heart will triumph. The Holy Father will consecrate Russia to me, and she will be converted, and a period of peace will be granted to the world.” 1

I have only recently been convinced how much Communism has already influenced the United States in our American social policies (sex-education) to our social habits (women in the work place) to the intolerance of Christianity in the academy (all the while Russia slowly crawls back to her own Christian roots.) But what does it mean that “In the end, my Immaculate Heart will triumph“? This is only my theory but I believe there are only two possibilities for this triumph period of peace, and they are indeed mutually exclusive:

The second admittedly sounds strange, and we will get to that later. But let’s start with evidence for the first via a Vatican-approved apparition of Mary. The Mother of God appeared to some children in Africa throughout the 1980s, warning them about heaven and hell, as well as a coming genocide to Rwanda (which ended up coming true in 1994.) One of the visionaries of Our Lady of Kibeho said this about Our Lady’s warnings:

“Because she loves us so much, she wants us to have more faith in God. During Advent we should reflect upon the return of Jesus. She told me that her Son will return to Earth soon, and that our souls must be prepared for His arrival. The world is in a very bad way…”—Visionary at Kibeho, Rwanda 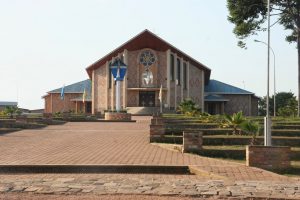 This sounds like Christ is returning soon! Furthermore, it seems that many of the criteria for Christ’s second coming found in Matthew 24 have been fulfilled. 2

However, there is more evidence for the second theory, namely that the Triumph of the Immaculate Heart of Mary is not going to be the end of the world, but rather a new era of peace coming upon the Church and the whole world.  This is already found in the writings of Ven. Bartholomew Holzhauser, a 17th century founder of a religious community who conglomerated the teaching of many saints and prophets. Much evidence points to the fact that we (now in the 21st century) are at the end of that tumultuous fifth age of the Church coming quickly into the sixth age of an “era of peace.”  Notice how similar this is to what Mary said at Fatima regarding a “period of peace.”  In fact, many canonized saints and ancient prophets conglomerated in this book prophesy that the sixth age of Church history will include two figures known as “The Holy Pope” and “The Great Catholic Monarch.”  (I preached on these two expected men in the second half of a podcast here.) 3

Still, our current age of Church history also has plenty of trouble, and Our Lady of Akita gave astonishingly clear warnings of the future to Sr. Agnes Katsuko Sasagawa in as late as 1973:

“The work of the devil will infiltrate even into the Church in such a way that one will see cardinals opposing cardinals, bishops against bishops. The priests who venerate me will be scorned and opposed by their confreres…The Church will be full of those who accept compromises….”—Our Lady of Akita, 13 October 1973 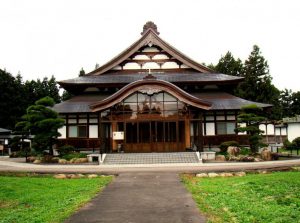 “As I told you, if men do not repent and better themselves, the Father will inflict a terrible punishment on all humanity. It will be a punishment greater than the deluge, such as one will never seen before. Fire will fall from the sky and will wipe out a great part of humanity, the good as well as the bad, sparing neither priests nor faithful. The survivors will find themselves so desolate that they will envy the dead. The only arms which will remain for you will be the Rosary and the Sign left by My Son. Each day recite the prayers of the Rosary. With the Rosary, pray for the Pope, the bishops and priests.”—Our Lady of Akita. 4

Besides the days of Acts of the Apostles, I would argue that these are the most exciting times of Church history in which to live as a Catholic! We will either get to see Christ’s second return, or, more likely, the ushering in of a great Catholic era of [relative] world peace and a restoration of all things Catholic, albeit through a great chastisement. Yes, Our Lady of Good Success promised this “complete restoration” of the Catholic Church sometime after the 20th century. So, I believe this is the transition from the fifth age of the Church to the peaceful sixth age of the Church via a global chastisement. Perhaps the most important line of Fatima is:

“The Holy Father will consecrate Russia to me, and she will be converted, and a period of peace will be granted to the world.”

We know this will happen, so our goal as simple Catholics remains the same to expedite this: To stay in sanctifying grace. This is nearly guaranteed in a relationship with Jesus Christ, a deep prayer life, frequent confession and the daily Rosary. Yes, Our Lady of Akita warned us for tough times, even a fiery chastisement, but we were made for a time like this! God did not make a mistake in which time period He placed you. We have already been given the boldness, courage and fortitude to remain with Jesus and Mary so that Russia may be converted and so that your children (or at least your grandchildren) will see that “period of peace granted to the world.” I write of these private revelations not to scare you but to show that whereas the earth seems to be in a free-fall, the Blessed Trinity is actually in total control of modern world history and modern Church history. We can neither stop the punishment for sins nor stop the coming Triumph of the Immaculate Heart, but I believe we can expedite both by our prayers and penance in sacrificial love. Yes, it all now depends on you and your Rosary beads…more than any players in modern world history.