Nota Bene: My last blog post showed that modesty is actually a means of cultural empowerment for women, not a means of making them overly-subservient. Ladies, if you’re going to have thin-skin reading the still-binding modesty-norms of the Catholic Church, please re-read part I to understand that this blog is not about oppression but freedom (cf Gal 5:1)

One summer evening, a couple years before I knew I would ever live in Florida, I was passing through the city of St. Augustine, south of Jacksonville. That evening, I went in to pray at North America’s first Cathedral. It is stunningly beautiful. 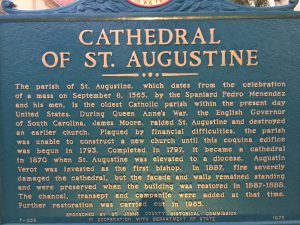 Later, I came outside the Cathedral to find the small city humming with life and history. Like most downtown Cathedrals, there were quite a few homeless men. I’ve learned that most of these conversations are short, due to mental illness and drug abuse. However, that evening in front of the Cathedral, I met a homeless man I will never forget. I do not remember his name, but he was very much like a living prophet Jeremiah. He was quietly preaching against the abuses of the Church the past 100 years. In fact, he was a white rapper about 50 years old! He rapped in rhyme about bishops, about changes, about God, about dogma—all with a surgical ecclesiastical precision the world over.

I began listening for real proper nouns and real dogmas and I realized he was very accurate. This odd rapping-prophet was on a very different level from most homeless schizophrenics. He was rhyming the truth of the current Catholic Church crisis. I listened to him for about an hour and then I asked him a question. I said: “100 years ago, why did the Mother of God and other saints prophesy about coming fashions of immodesty instead of the coming scourage of abortion? Isn’t abortion much worse than immodesty?” I can not put his answer into rhyme as well as he did, but he answered something like this: “Immodesty leads to pornography. Pornography leads to contraception. Contraception leads to abortion.”

This is the brilliant answer that I have been thinking about for years.

My question to this homeless man is of course founded on what Mary said in a private revelation in 1917:

“Fashions will arise which will greatly offend God.”—Our Lady of Fatima to Jacinta Marto 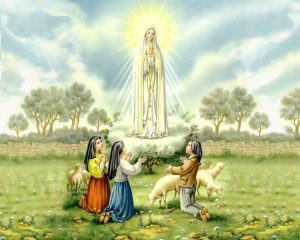 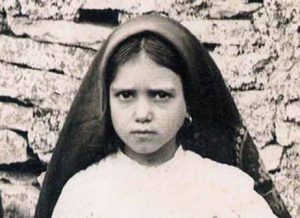 About 15 years after Mary appeared in Fatima,  the Vatican under Pope Pius XI gave very specific advice about this:

“We recall that a dress cannot be called decent which is cut deeper than two fingers breadth under the pit of the throat, which does not cover the arms at least to the elbows, and scarcely reaches a bit beyond the knee. Furthermore, dresses of transparent material are improper. Let parents keep their daughters away from public gymnastic games and contests; but, if their daughters are compelled to attend such exhibitions, let them see to it that they are fully and modestly dressed. Let them never permit their daughters to don immodest garb.”—Cardinal-Vicar of Pope Pius XI, Cardinal Pompilj, 24 September 1928 1

Notice that Cardinal is not writing about Church attire, but daily attire.  The Vatican is stating what the Church always held as necessary for the salvation for Christian women everywhere (not just in Europe! not just in Church!) but everywhere outside the home from the earliest days of Catholic Christianity (yes, think Mary and Mary Magdalene.)

Padre Pio heard about 2 million confessions in his lifetime, but around 1967 he started rejecting many women from going to his confessional. Padre Pio’s brother Franciscans were forced by him to put up a sign that read:

By Padre Pio’s explicit wish, women must enter the confessional wearing skirts AT LEAST 8 INCHES BELOW THE KNEE. It is forbidden to borrow longer dresses in church and to wear them to confession.

Again, many people would say that this was specific to an old Italian man’s culture. My response is simple: Would God crown a saint like Pio with a crazy view of human nature? With an outdated view of human nature? Let’s remember God gave him the gifts of reading hearts, raising the dead, the stigmata, healings before and after his death and more or less all the miracles found Acts of the Apostles. Was he just wildly scruplulous? No, Pio knew God and Pio knew fallen human nature. 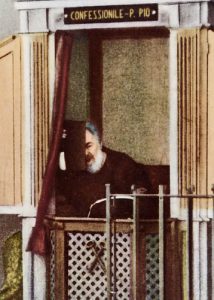 Padre Pio would neither let women nor men enter his confessional in short-sleeves.

I know these norms sound extreme even to decent Catholic women today, and I know that there will be two main objections to this blog post holding 1930s specific-standards for daily female attire.

I suspect the two major objections will be:

1) Modesty changes according to time and place, even within the Catholic Church.
2) A grave sin is not a mortal sin if I don’t know it to be. Anyway, it’s not my fault if men lust after me.

Objection 1: Modesty changes according to time and place, even within the Catholic Church.

Answer: “There always exists an absolute norm to be preserved.”—Pope Pius XII

Most Catholic women who read my blog actually believe that contraception is a mortal sin. However, the average young female reader here believes that the only immodesty worse than hers—is only the one who wears less clothing!  But the average neo-conservative is pretty good on the Church’s teaching on contraception, so let’s consider what she would say.  If she were in a friendly debate with a non-Catholic, she would rightly state the medical facts about birth control and only then move on to the theological reality. Perhaps she might say add something like this: “And the Church’s teaching can’t change on contraception because human nature doesn’t change on reproduction.”

And this would be a perfect answer!

You have heard that it was said, ‘You shall not commit adultery.’ But I say to you that everyone who looks at a woman with lustful intent has already committed adultery with her in his heart. If your right eye causes you to sin, tear it out and throw it away. For it is better that you lose one of your members than that your whole body be thrown into hell.—Mt 5:27-29

Ladies, this means if you cause a man to lust after you by how you dress, then you have committed a mortal sin by helping him to commit a mortal sin in his mind.  If men or women die in unconfessed mortal sin, they go to hell.   (Vice versa for the two previous sentences, of course.)

Objection 2: A grave sin is not a mortal sin if I don’t know it to be. Anyway, it’s not my fault if men lust after me.

Before Gloria Polo’s soul came back to her body in 1995, but after she was condemned to hell in 1995, she realized that although she thought she was a good Catholic, she never understood what her mode of dress did to the minds of men.  She recounts one reason she was sentenced to hell in her near death experience before Jesus in His mercy gave her another chance at life:

“As a matter of fact, after matrimony, I never even gave a kiss to another, only to my husband. But the Lord showed me that I exhibited too much of my body, when I went around with my breasts exposed, with skintight leggings, with the clothes that I used… I thought that men looked at me simply to admire me… But the Lord showed me how they sinned with me, because we are not dealing with admiration, as I believed, but with provocation, and they were provoked, due to me. I committed adultery for having exhibited my body. I did not understand the male sensibility. I believed that they thought like me, that looking at me they would say: ‘What a nice body!’ Instead they sinned, due to my fault. Never was I unfaithful for having thrown myself into the arms of a man, but it was as if I was a prostitute in spirit.” 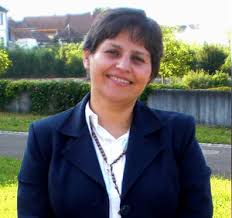 Now me (Padre) writing again:  Notice that Gloria Polo is not writing about Church attire, but daily attire.  Most good Catholic men do want to end their sins of pornography.  Most good Catholic women do not want to end their sins of immodesty.   Why not?  I believe it is because most Catholic women of America project their own mindset of admiration of clothing into the male mind that sees it only as provocation of clothing.  Ladies, you must understand that almost all men in the world (except the extremely pure and the extremely perverse) see your legs as flashing arrows to pleasure, not “smooth and cute” like you do.

Should men see it this way?  Of course not.  But the Holy Spirit writes through the Apostle Paul:  “Bear one another’s burdens and so fulfill the law of Christ.”—Gal 6:2.  What this means is that for men to get women to heaven, men must compensate for women’s weaknesses of concupiscence (usually emotional instability…not sorry for the stereotypes!) and women must compensate for men’s weaknesses of concupiscence (usually lust…but something tells me I don’t need to apologize for this stereotype, do I ladies?)  So we all need get over it and fight to get one another to heaven without explaining how the other gender “should be” in a perfect world that does not exist until we get our bodies back in heaven.

It should be noted that the Canadian bishops issued this statement for men in terms of modesty in 1946 in this footnote here: 2

Now, for the more insidious, amateur theologians who like to play every loophole that comes from the phrase “full knowledge and full consent of the will,” I ask you to notice that Gloria Polo’s modern story (containing the approbation of the current bishops of South America) repeatedly shows that we are indeed responsible for what we could have known…but choose to ignore under pretext of “conscience.”

Furthermore, the pop-theology line “it’s a mortal sin only if you know it to be” is a new theological invention of the past 50 years that I would challenge any reader to find me in any Pope or doctor of the Church before 1950 and send me an email with it. You simply won’t find it. The Church has indeed taught there are mitigating factors to culpability, but mitigated culpability does not transmit sanctifying grace! Let me write that again: Mitigated culpability does not transmit sanctyfing grace necessary for salvation. (Salvation comes only from faith in Jesus Christ leading to baptism and the other sacraments, as well as the good works found in Matthew 25 which are necessary for heaven, too.)

That God does not respect our consciences on modesty is seen in this closing story of St. Frances of Rome:

“In the life of Saint Frances of Rome, we read of a vision of hell which was granted her, and which lasted for four hours.  God willed to show her, in the fires of hell, certain ladies whom she had known in Roman society.  For what sins had these souls been damned?

“They had been damned:
1) For guilty desires, even though these had not been put into act.
2) For indecent styles of dress, which were the fashion of the day, and which had been a cause of seduction and of sin.
3) For dances considered inoffensive by the world.“

Notice that the women of Rome were not condemned for their Church dresses, but their daily dresses that they wore “as the fashion of the day” in the 15th century!