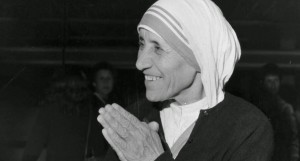 Salvation is a free gift that we receive from God at our baptism (1 Pt 3:21.) However, for salvation to be realized, we must cooperate in a life of virtue (Mt 24:13). Maybe we ask the question:  Does virtue come from God or from me? Even the gift of virtue or discipline comes from God. While some Catholics try to earn their way to heaven without any trust in Jesus Christ, other Catholics commit the opposite heresy of “once saved always saved,” which usually leads to a life of laziness. This post is not a Scriptural apologetic for the Catholic view of salvation. It’s a short writing where I look at a few clues from the saints to understand the balance of trust and virtue.

A post on Scripturally-defending-the-Catholic-view-of-salvation would be very fun and easy for me. But this topic is harder: I have to admit that the spiritual life often gives me a headache because I either end up trying too hard or not enough. In other words, I usually fail in either trust or generosity. Most of us have all come to somehow believe those two are opposed, so I simply want to ask: Why would an infinitely powerful God require me to show up to the battle that He could win without me? Why do I have to enter into spiritual warfare to beat the devil when Jesus already defeated him at the cross?

I don’t have answers, but here’s a few clues:

Who defeated Goliath? God or King David? David himself said to the Philistine, “You come to me with a sword and with a spear and with a javelin, but I come to you in the name of the LORD of hosts, the God of the armies of Israel, whom you have defied.”—1 Sam 17:45. God defeated Goliath. But David had to step out in courage. David had to choose five small rocks. He had to swing his hardest and aim his best. He even had to train for years (1 Sam 17:34). Maybe we could apply Wisdom literature to King David, that God “gave him the knowledge of the holy things, made him honourable in his labours, and accomplished his labors.”—Wisdom 10:10. Notice that it was God who actually accomplished King David’s labors!

When priests asked St. Joan of Arc why God needed soldiers, she answered with the simple brilliance that marked her short life: “The soldiers will fight and God will give the victory.”

Sometimes God acts powerfully when we’re not trying (St. Paul on the road to Damascus) but usually God works powerfully when we give our measly 100% (like Peter’s fishing ability.)  Not that God needs that, but He wants us to act as sons, not magicians.  That’s why Jesus meets Peter’s repeated failures on the boat with Divine Power: Peter is giving it everything he has, even though it’s objectively very little compared to God’s Almighty power.

In the French movie The Bear, the final scene is where a small orphaned bear is running for its life from a cougar. This reminds me of the spiritual life where we fight the devil so hard we often become bloodied and beat. But, the little Bear doesn’t give up. If you can ignore the strange noises the cub makes that surely must have been overdubbed by a little French woman, it’s a beautiful scene:

Notice that even when the cub is beat up by the cougar (the devil, in my analogy) he has to give his best fight, even when the cub feels defeated and near-dead. The little bear (you and me) is almost required to give his loudest yell (weak as it is) for the enormous grizzly behind him to show all of his might (God and His angels)

This is why Mother Teresa said: “God has not called me to be successful. He has called me to be faithful.”  Then God is ultra-faithful.  Not that His faithfulness is anything less, but if we approach Him, we are invincible in a Providence that even allows suffering. Jesus and Mary, the closest human souls ever created to God, suffered more than anyone else, but in a certain sense they were invincible under God’s sovereign Providence.  (Yes, Jesus as a Person is God, but He also has a created human body and even a created human soul that suffered a lot.)

The interior life of the saints takes us straightaway to the of the question Trust or Virtue?  The answer is simply that trust leads to virtue.   When the Missionaries of Charity were first having tremendous success in Kolkata, India, some of the sisters asked Mother Teresa to eradicate the Holy Hour (the hour of meditation) for they were all too busy.  Mother Teresa agreed they were all too busy for one Holy Hour a day…and switched it to two Holy Hours a day!

CS Lewis (a crypto-Catholic?) also avoids old pitfalls of the faith and good works debate by simply pointing out how both God and man come into play in man’s salvation in the most simple Bible quote: “Work out your own salvation with fear and trembling, for it is God who works in you, both to will and to work for his good pleasure.”—Phil 2:12b-13.  Lewis points out that for the Apostle Paul, even that fear and good work is a gift from God! But you still must “work out your own salvation.” What a marvelous combination if you think about it.

We must avoid the two extremes of the opposing heresies of Pelagianism and Quietism.  I think my summary here is theologically accurate, but you can email me if it’s not:

Man’s nearly-ineffectual but total faithfulness has been willed by God (who needs no one) to be a key component in God’s always-effectual Providence in man’s life.