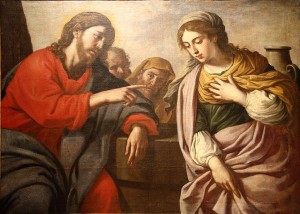 Today, many Catholics believe that “mercy” consists in remaining silent before someone’s sinful lifestyle, so as to let that individual’s gasping conscience, well, die in peace. I think this is the “mercy” that the media is begging the bishops to invoke over those who have fallen into gravely sinful lifestyles: Leave them alone, so they can go on living in peace.

And both parties’ consciences are alive.  barely.

Here’s my proof that America still has a conscience: The media does not attack Mormons or Muslims for jaw-dropping beliefs like the reception of a pile of women for every man in the afterlife (a strange overlap of Islam and Mormonism.) Why doesn’t the media attack such preposterous tenets of religion? Because it’s short-lived fun to mock ideas that are clearly irrational. I’ve never heard of Anderson Cooper mocking the idea of a planet in the afterlife for every Mormon man who gets his favorite sister-wives to keep him company in outer-space. It’s like disproving a child who is dreaming.

But no one is laughing at Catholics who speak out against gay “marriage.” Is this because we have been hateful?  No.  It’s because everyone’s conscience is made in God’s objective image and likeness. Intellectually there is a relativism invading the country, but in the hearts of everyone on earth, I believe this to be true: Relativism can not be incorporated into the human heart, especially the human heart seeking God. Relativism has not gained full ground of the conscience yet. The proof is the anger (which is unfortunately rebellion against their own conscience.) If opposition to same-sex marriage was ridiculous like Mormon planets or Muslim virgin-heavens, then no one would care about us backwater, slack-jawed Catholics or our so-called bigoted beliefs.

You see, if the final exterior agent of traditional Judeo-Christian belief (the Catholic Church) reflects the interior-but-objective, flickering, dying pilot light of your conscience that you’re trying to kill, then the Catholic Church is the one thing that is keeping your conscience alive…and you hate it. This is because long before rules were found in the catechism, they were found in your heart.

Fighting against Catholicism may appear to be fun on the blogs, but there’s always a sadness and anger that accompanies the wit. Why? Because fighting God is exhausting, and it brings out the venom. Ironically, the venom is a good sign that such a conscience is still alive.  If a sting of conscience is an embrace from God, and if conscience is objectively created, then we’re talking about a divine embrace that brings rebellion and fury (probably because of the clash of true conviction and false religious advice.)

We hide our fury behind words like “mercy.” Notice how many Catholics today offer suggestions for the Pope and bishops to make the teachings of the Church more “merciful.” Notice how these arguments (in regards to the inner-life of a man or woman’s conscience) are similar to the arguments for euthanasia: Let them die in peace. Essentially, we’re talking about the mercy-killing of the soul.

Even otherwise-orthodox theologians will say half-joking but fully- erroneous statements like: “Ignorance is the eighth sacrament that saves more than the other seven.” Ignorance never saved anybody.  Only Jesus Christ did.  But what they mean is that for a sin to be mortal, it must be done with full knowledge. While this is true, the hyper-emphasis on this single tenet of Catholic moral theology misses the enormous counter-weight: Moral knowledge does not have to be book knowledge.  The truth is that God stamps natural law on the soul at the moment of conception:

For what can be known about God is plain to them, because God has shown it to them. For His invisible attributes, namely, His eternal power and divine nature, have been clearly perceived, ever since the creation of the world, in the things that have been made. So they are without excuse.—Rom 1:19-20

Thus, many mortal sins are committed by people who don’t know Catholic theology.  I’ll stick to that shocking statement because in the above chapter, the Apostle Paul continues to explain that pagan tribes are still guilty before God for homosexual sins.  Why?  Because even before they hear of Christ, they know such sins are wrong by looking into their heart and outwards to creation.  Yes, God can surely forgive such sins in the confessional within a His heartbeat of His Divine Mercy, but let’s be clear:  You don’t have to be a Bible-reading-Catholic to know that you should not put a scissors into a baby’s head, or that you can not physically put a male-part into a male-part.

Thus, “ignorant” pagans still need a Savior. And He is mighty to save me and anyone else of grievous sins. You see, if ignorance of the Gospel were enough to save a person, then St. Francis Xavier never should have gone on hundreds of perilous journeys around the South Pacific and Indian Oceans to baptize hundreds of thousands.

I can already hear the objections: Does this mean that all non-Catholics go to hell?  Pope Pius IX gave the clearest answer in the 19th century:  “By Faith it is to be firmly held that outside the Apostolic Roman Church none can achieve salvation. This is the only ark of salvation. He who does not enter into it, will perish in the flood. Nevertheless equally certainly it is to be held that those who suffer from invincible ignorance of the true religion, are not, for this reason, guilty in the eyes of the Lord.”—Pope Pius IX (Ott 312, Denzinger 1647.)

Jansenists and liberals both make the exact same theological mistake: What is the least that I need to do to escape the wrath of God?

The above is a worthless question when we hear why Jesus Himself says He came to earth:  For God did not send His Son into the world to condemn the world, but in order that the world might be saved through Him.—John 3:17

Jesus came to save us, and He can be trusted more than the neo-con theologians who over-play the card about “full-knowlege and consent of the will.”  Legalistic exoneration is not mercy.  What is the definition of mercy?  Mercy is a heart given to the miserable. Even better, it is to bring the Sacred Heart of Jesus to the miserable, like me, and like every sinner. Literally, the etymology in all Romance languages of that word misericordia is this: giving (dia) the Heart of Christ (cor) to the miserable (miseri).

Perhaps our model of mercy for a time of sexual sin should be Jesus when He encounters the woman at the well who is herself in sexual sin:

A woman from Samaria came to draw water. Jesus said to her, “Give me a drink,” for His disciples had gone away into the city to buy food. The Samaritan woman said to Him, “How is it that you, a Jew, ask for a drink from me, a woman of Samaria?” (For Jews have no dealings with Samaritans.) Jesus answered her, “If you knew the gift of God, and Who it is that is saying to you, ‘Give me a drink,’ you would have asked Him, and He would have given you living water.”—John 4:7-10

Although He knows her past, Jesus does not make her feel her shame. In fact, they begin a remarkably casual conversation on mudane things like buckets and wells and tribal chatter long before He gets to the difficult topic of her being divorced and re-married five times. By the time He gets there, she is so moved by His love that she changes her life.

So also, we need to be bold but tender with those whom we are evangelizing. Notice that Our Lord does not encounter her in a way that is self-righteous or even more nauseating: passive-aggressive-self-righteous. So also, we need to speak as gently as Jesus to any woman at the well. Christ speaks first as a friend—in things earthly, like thirst—before speaking of sin or worship. Our tenderness and sincerity may turn a great sinner into a great proponent of Christ and His Church:

Many Samaritans from that town believed in Him because of the woman’s testimony.—John 4:39a

She knew that her ignorance did not save her anymore than darkness brings light. Only Jesus Christ is the light that every human heart desires (openly or secretly!) Ignorance is not “the eighth sacrament that saves more than all the rest.” Let’s stop this Catholic “mercy-killing” of consciences (as if any Westerner with the internet could claim invincible ignorance!) Since indifference is worse than hatred, then I propose that pretending like everyone is headed to heaven is the worst act of hatred we could enact in the lives of our family and friends.

This realization of the truth of the Gospel is not a carte blanche to be self-righteous.  We simply trust that every heart was made for Jesus Christ and His Church, not just those who are currently Catholic. But if you really can’t get the right words to share with a sinner, remember: Our Lady of Fatima was clear that God will do the heavy lifting if we but pray and sacrifice for souls. You gotta be doing at least one (evangelizing or sacrificing) if you as a Catholic have any love for anyone but yourself.  Complaining will not get you to heaven.  May we show them the Rescuer, the Deliverer, the One Who is mighty to save!