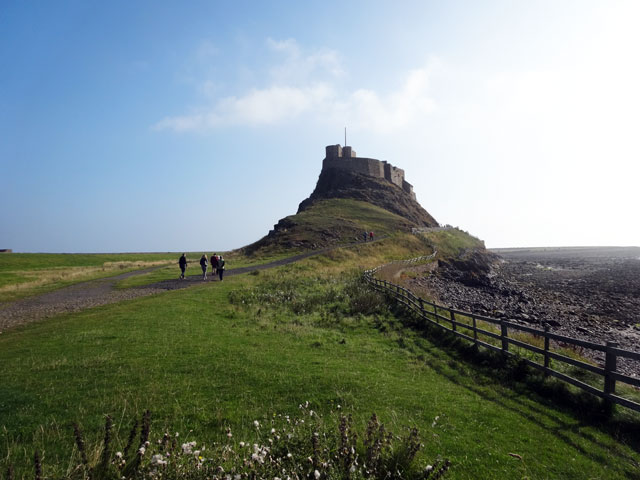 The Church Fathers compared the Jews´ time in the desert to a Christian’s pilgrimage on earth. This is to ultimately lead them to the Promised Land. For us, earth is training ground to be able to enter the eternal Promised Land, but the Old Testament shows that the giants to be defeated are too great for natural powers to conquer. It takes supernatural power to enter the land of milk and honey…not because milk and honey are hard to obtain, but because of the enemies that block us. This is why sanctifying grace is so important to enter into heaven. Grace is not the “Price of admission,” wrote Frank Sheed, but rather we (without supernatural grace) are in such a state that “our souls lack the powers that living in heaven calls for.”—Theology for Beginners, 67.

This is why our pilgrimage on earth is not only a punishment for our forefathers´ sin, but also an adventure in self-conquering. When we were in sin, like the Egyptians, we were addicted to the flesh pots of Egypt, the leeks, the cucumbers…really nothing too delicious except for the fact it’s in the past, I suppose, and prohibited. But baptism has us pass through the waters of the Red Sea to…not quite heaven.

Why? Because the Israelites must tarry in the desert for a long time.  So also, we Christians must tarry on earth.  It would constitute our downfall to conflate the desert (earth) for the Promised Land (heaven.)  This conflation is an easy trick that the devil has lain for the rich and confortable.  When I was in Kolkata, the city was so filthy, so full of poop and death and noise that no one could ever mistake it for heaven. But when I ride my bike through Greenwood Village and Cherry Hills Village along the Highline Canal south of Denver…I frequently think that is something like heaven.  And this isn´t the worst thing, occasionally. But it’s easy to get stuck in the penultimate vocation-location instead of the ultimate vocation-location of heaven.  The poor have this advantage over us.  And it’s not sentimental social justice.  It’s a real advantage against an eternal hell.

Still, God knew how hard it should be to live in the desert, not being at the final home. Thus, He gave manna from heaven.

Of course, this is the Eucharist, our main strength before we get to the Promised Land.

When the Israelites made it to the Promised Land, the manna from heaven stopped falling. Similarly, although heaven will be an eternal Mass of all beings crying HOLY HOLY HOLY, we will actually not receive the Eucharist in heaven because then we will be at

the river of the water of life, bright as crystal, flowing from the throne of God and of the Lamb, through the middle of the street of the city; also, on either side of the river, the tree of life with its twelve kinds of fruit, yielding its fruit each month. The leaves of the tree were for the healing of the nations. No longer will there be anything accursed, but the throne of God and of the Lamb will be in it, and His servants will worship Him. They will see His face, and His name will be on their foreheads. And night will be no more. They will need no light of lamp or sun, for the Lord God will be their light, and they will reign forever and ever. (Rev 22:1b-5)

On earth, we need the Eucharist to defeat the giants that guard the way to the Holy Land. If we triumph, we are His sons. Yes, we become sons and daughters of God at baptism, but something of the crowning depends on us, too, for Jesus says in the book of the Apocalypse: “The one who conquers will have this heritage, and I will be his God and he will be my son.” (Rev 21:7)