Jesus and Religion Part I 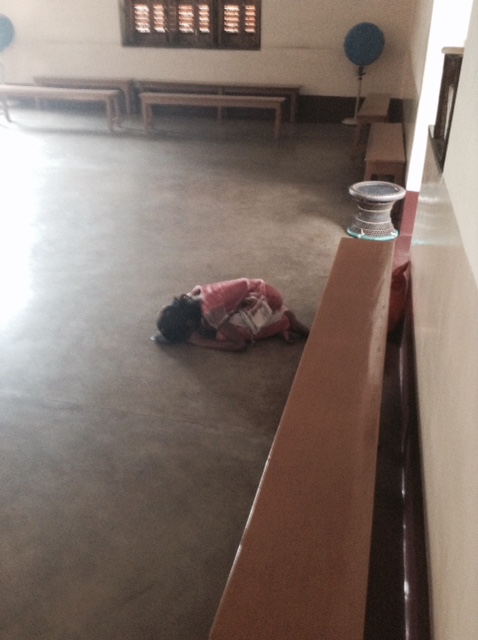 There’s a video that went viral on YouTube by Jefferson Bethke called “Why I hate religion but love Jesus.”  It has almost 30,000,000 views, and there have been formidable Catholic rebuttals online, in conferences, in podcasts and newspapers.

Surprisingly, none of the Catholic apologists whom I have read (which admittedly is only a few) have pointed out that the word “religion” is promoted as a good thing in the New Testament:

“If anyone thinks he is religious and does not bridle his tongue but deceives his heart, this person’s religion is worthless. Religion that is pure and undefiled before God, the Father, is this: to visit orphans and widows in their affliction, and to keep oneself unstained from the world.” (James 1:26-27)

The word for religion above is the Greek θρησκὸς and θρησκεία. Even a Protestant Greek dictionary I have on my iPod translates θρησκεία as “religious worship” and even adds that this word refers to that which is “especially external, that which consists in ceremonies.”

I snapped the above picture this morning.  There is a Eucharistic host in exposition in the monstrance just off the shot on Bose street at the Missionaries of Charity Motherhouse.  Adoring Christ (almost in the same spot where Mother Teresa knelt) was this Indian girl off the streets.  Prostrate, she adored her Lord.   She was directly above the tomb of Mother Teresa.

It is interesting that religion, according to St. James, is both external ceremony and taking care of orphans.  What is the connection there?

I believe that the answer comes from the Apostle Paul:

“I appeal to you therefore, brothers, to present your bodies as a living sacrifice, holy and acceptable to God, which is your spiritual worship.” (Romans 12:1)

The Latin translation from the Greek “living sacrifice” is hostiam viventem.  Notice where else in this post is used the word host:  Jesus in the Eucharist.  The girl is adoring the Host, but by being in a prostrate state of sacrificial love, she herself has become a host too.

In other words, it is in the Mass that you adore the Host (the sacrifice of Christ perpetuated through time) and then you become a host (a living sacrifice) by serving the poorest of the poor, the unborn, your own children, the rejected, or simply fulfilling your duties in faith and hope and love.

Although a living sacrifice is a terrifying thing from a Jewish point of view, it is our spiritual worship.  May we show our brothers and sisters that we can be people of both religion and love, as the Apostles believed 2000 years ago as they offered the Mass and served the orphans.