The Eastern Orthodox Never Had a Vatican II

Recently, I visited an Eastern Orthodox Monastery in East Texas called Holy Archangels Monastery.  Upon arrival, they were extremely friendly and hospitable.  But they made it mildly clear that I was not on the right path as a Roman Catholic.  And I made it clear we didn’t agree on things like the Filioque.  Ironically, for our love of objective truth over friendly interactions, we got along even better than if we had established a peace-pact on false ecumenism.  They were true traditionalists, although of a different tradition.  They received me warmly, especially when they saw I wasn’t going to say something stupid like “Isn’t it great we all believe basically the same thing?”

As I walked through the monastery refrectory, I saw (and smelled) how clean and natural their life was.  It reminded me how healthy was a life of tradition, that grace builds on nature without destroying it.  As I entered their chapel, I saw that they at least strived for the lifestyle and faith of their holy orthodox fathers.  It also hit me that the Eastern Orthodox never had a Vatican II which had trashed nearly their whole tradition.  By refraining from a re-vamping or “updating” of the faith once-handed-down in the East, they made sure their Divine Liturgy never became Protestant.

As a married Catholic couple and I left the monastery to get me to the airport to fly back to Denver, we prayed a Rosary for the Greek Eastern Orthodox to return to see the primacy of place of the Patriarch or Rome, but we also prayed that same Rosary that our broken Rome herself would first return to the strong, traditional Catholic faith.  I think that couple driving me in their truck (and I) realized that we could hope for no such return of Greek Christians to Rome until this temporary-Rome make a full return to the Faith of the eternal-Rome.  Here’s some pictures from our short trip to that Greek Orthodox Monastery that has kept their ancient tradition: 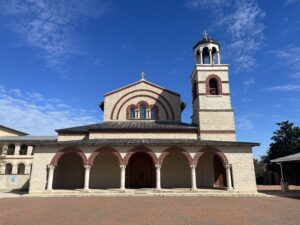 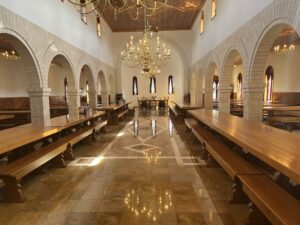 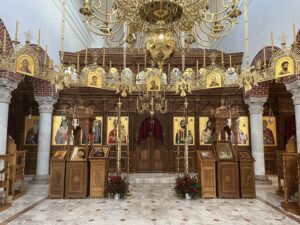 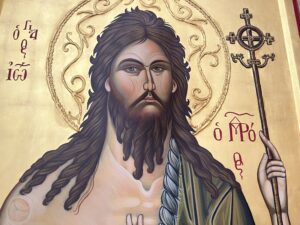 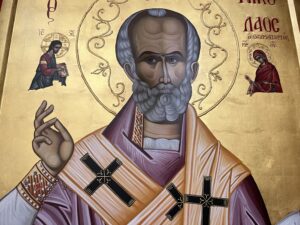 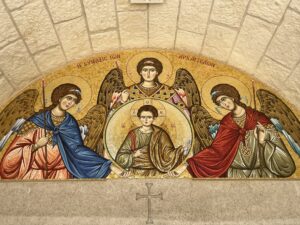 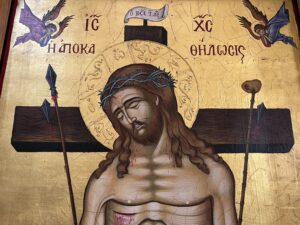