To Remain at the Foot of the Cross

My friend, Msgr. Philip Reilly of the diocese of Brooklyn was the founder of Helpers of God’s Precious Infants.  Msgr. Reilly was one of the pioneers of sidewalk counseling in the United States.  His method of love, fasting, prayer, kindness and constant presence at the abortion centers has been the cause of tens of thousands of saves and the closing of many abortion centers.

Msgr. Reilly is an extremely gentle and compassionate sidewalk counselor who has turned away countless women from an abortion center in Brooklyn and has inspired the satellite units of Helpers of God’s Precious Infants to close numerous abortion mills.  But even when sidewalk counselors are not as successful as him, they remember his spirituality:  At the abortion center, we are truly at Calvary.  Jesus Christ is re-crucified in the unborn because Jesus Himself said as you did it to one of the least of these My brothers, you did it to Me.—Mt 25:40.  The spirituality of Msgr. Reilly and Helpers of God’s Precious Infants is compassionate sidewalk counseling, but it is first honoring God by honoring the unborn who are on their way to be slaughtered.  What we do to the unborn, we literally do to Jesus: 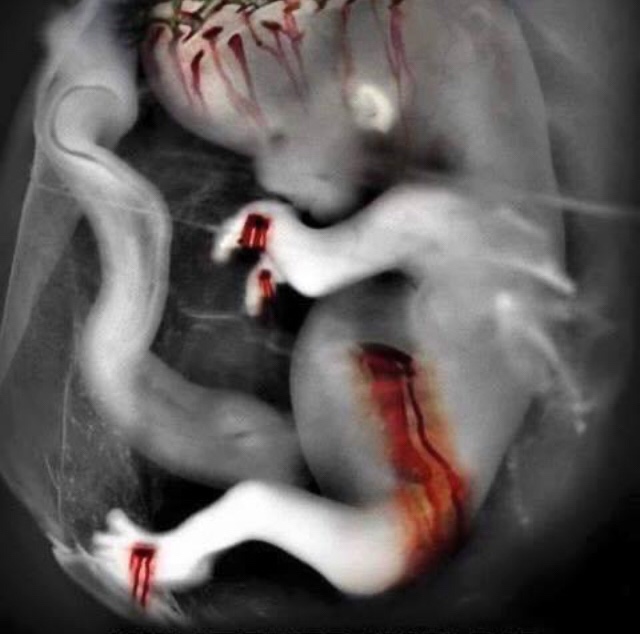 In seminary, my formators let me bring Msgr. Reilly from NYC to Denver to teach the seminarians and the young adults how to do the pro-life movement the right way.  I was surprised by formators agreed to this, and in the end they were extremely impressed by the saintly Msgr. Reilly.  The young adults were also inspired.  Msgr. taught us how to do prayer vigils and how to understand that we are nearly in a time-machine back to Calvary when we stand for the innocent pre-born slaughtered at abortion centers.  There was great fervor in Denver at that time in the early 2000s when he came to speak to us.

But a few months later, the numbers at the prayer vigils decreased and I called Msgr. Reilly to tell him our numbers at the prayer vigils were down.  He said something like “Are there still a few people standing there at the abortion center?”  I said “Yeah.”  He said “Then they’re becoming saints.”  And he hung up like the New Yorker he is.  But his point was that St. John with St. Mary at the crucifixion didn’t do anything in particular.  He remained with his new Mother and with his friend and Savior.  John knew he could not physically take Jesus off the cross.  But he was called to be there anyway.  This is what Jesus calls us to do today at the abortion center.  We want “no-shows” and “turn-arounds” most of all.  But even when we fail in that, we let the unborn die with love and honor because we are there.

These days, I work with such excellent sidewalk counselors that I don’t do much sidewalk counseling anymore.  I simply walk around the abortion center (nearly every week) praying my Divine Office (Roman Breviary.)  Feeling quite lame in having so little to do, I recently got on my knees outside the third largest Planned Parenthood in the world (here in Denver—behind only the one in TX and IL) and I “saw” in prayer that I was comforting Christ if I honored his death in the death of all those babies who were dying.  Perhaps, in some weird way, those babies could “feel” they were not dying alone if just one person outside the cold clinic was loving them at the moment of that death.  We want to be that person.  But it must be done with Mary because the only Apostle not to flee the crucifixion was the one who remained with Mary.

So, while I don’t “do” much at the abortion mill any more, I know that my calling is to picture myself at Calvary just as John stood with Mary.  They couldn’t take Christ off the cross physically, but they had to be there anyway.  If we really believe Christ’s words that as you did it to one of the least of these My brothers, you did it to Me, then we will understand that what we do to the unborn, we literally do to Jesus.  This may, in fact, be a corporal work of mercy of burying the dead as well as numerous spiritual works of mercy for those involved in the killings when pro-lifers stand outside a mill praying.  St. John did not yell or condemn.  But neither did he flee.  He simply stood with Mary at that execution that would one day be turned-around by God.