St. Philip Neri used the ripped up pieces of his diploma as ribbons in his Roman Breviary. That is how much worldly-honors meant to him! However, his friend St. Ignatius of Loyola was much more astute in answering questions against his character.  Alas, I am going to take St. Ignatius’ approach in this blog post.

Recently, a young woman on Twitter publicly tweeted to me: “Did you really go to BC? Which year did you graduate?”  I answered her with a picture of my diploma.  Now, it turns out she was very friendly to me, but I think many people out there wonder how I could have have been the product of a Jesuit High School and a Jesuit University. In fact, I’m sure some people are surprised I was ordained in a normal diocese at a Novus Ordo ordination Mass considering my current promotion of the Traditional Latin Mass.  These should answer a few questions of where I came from: 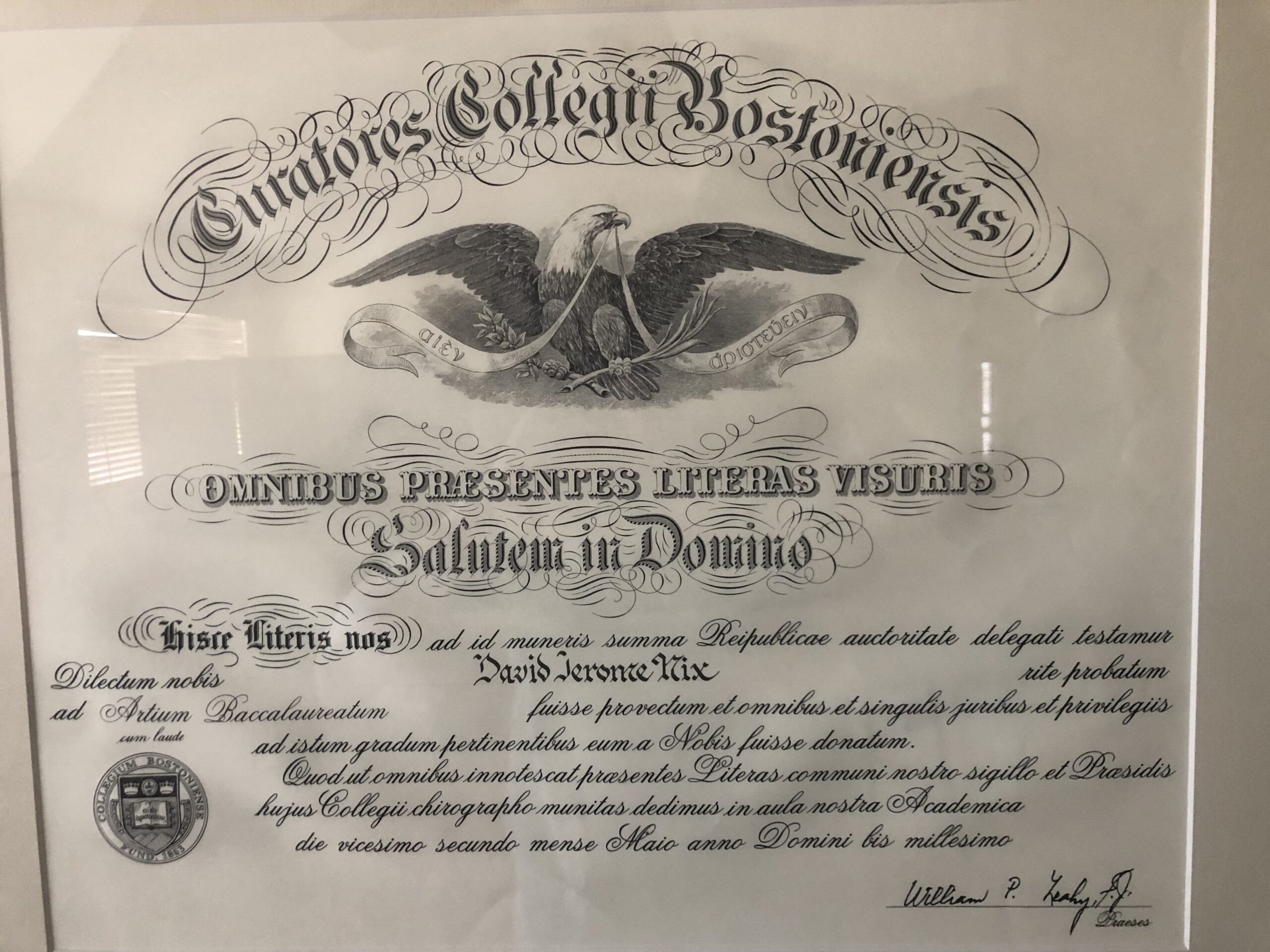 Above is my diploma from Boston College.  I graduated 2000 with a Bachelors in Theology, but I studied more medicine and languages than theology. 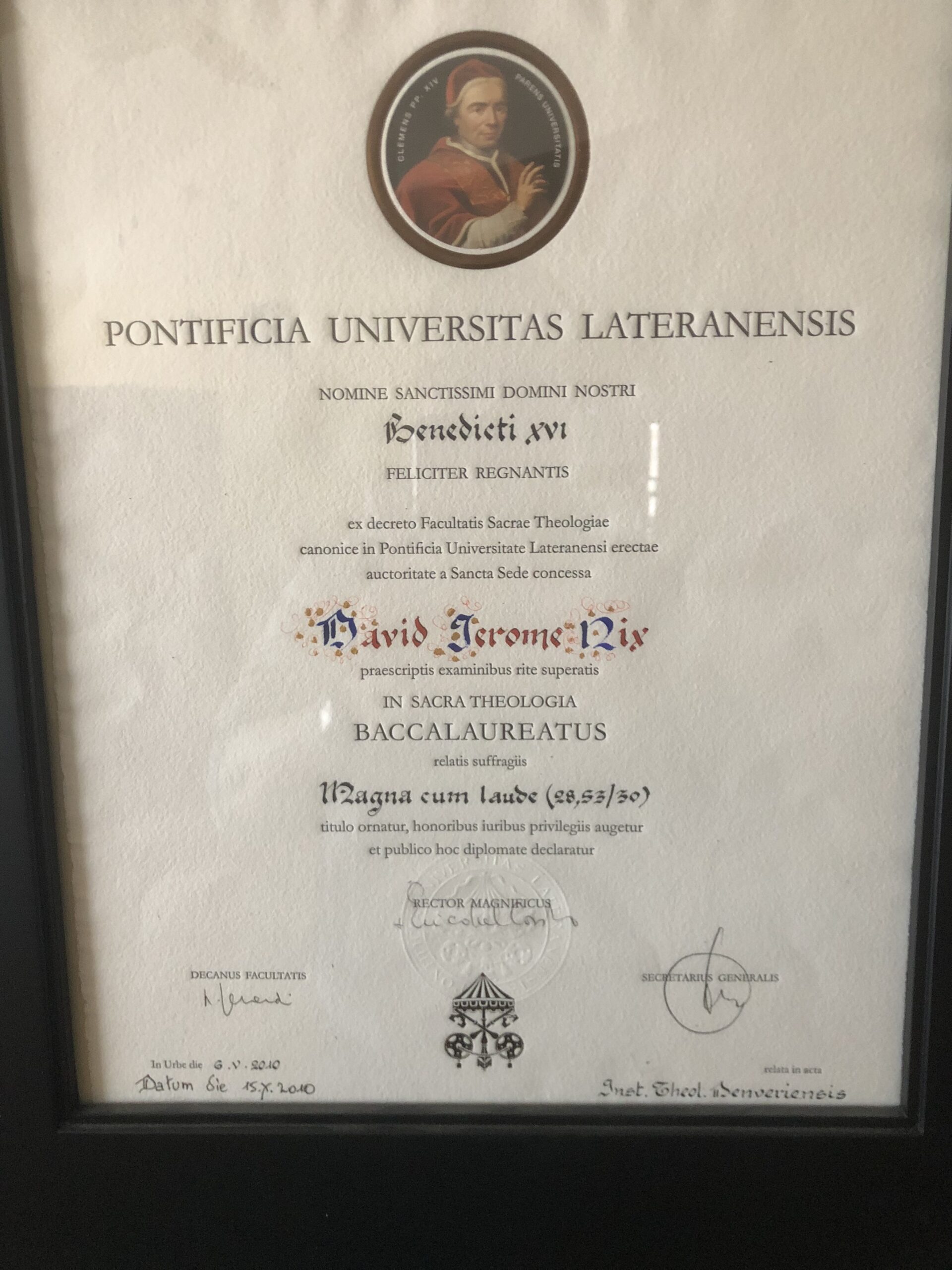 I went to seminary for six years at St. John Vianney Theological seminary in Denver, CO.  However, our degree came from the Lateran in Rome, as seen above. 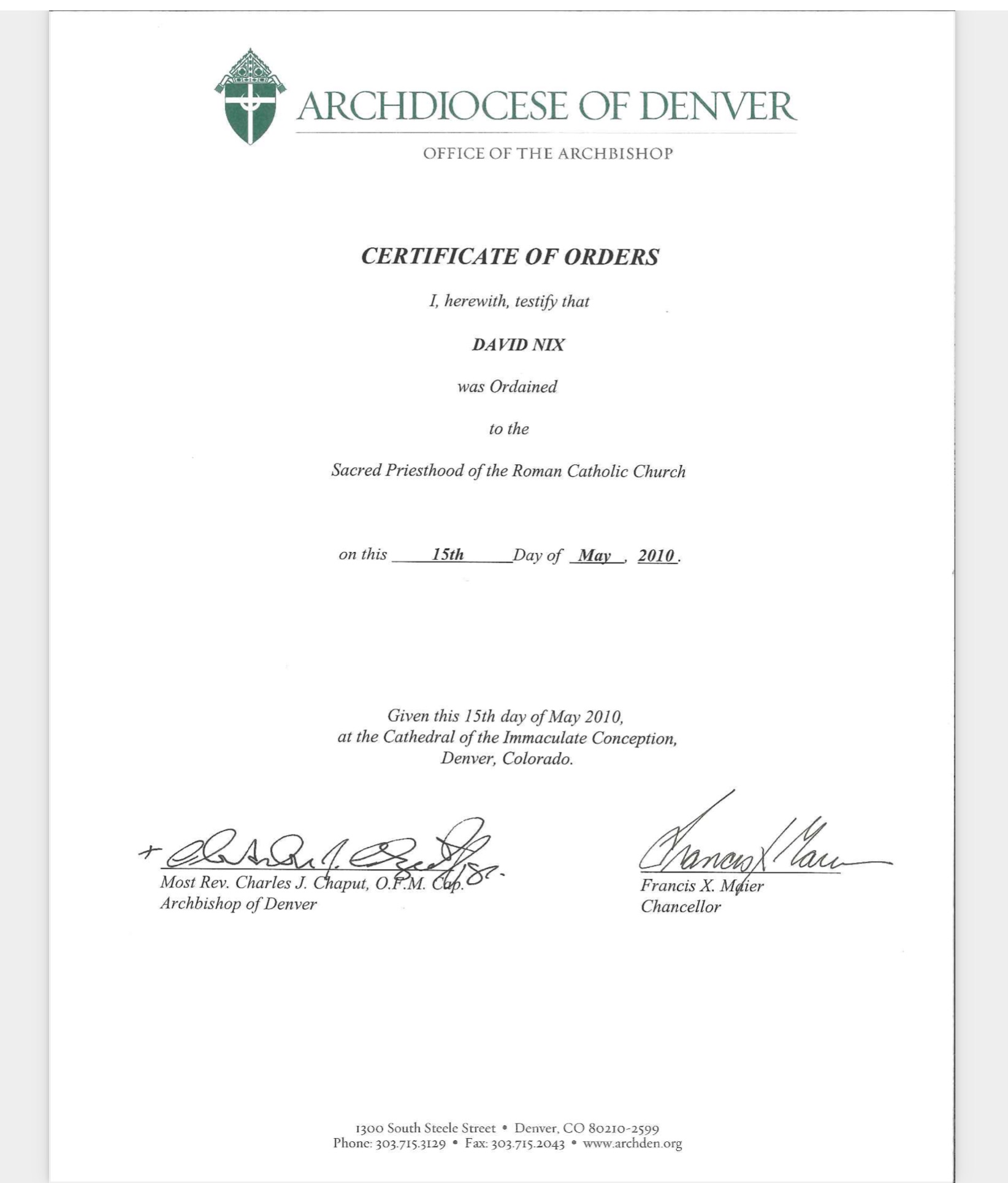 I was ordained a Catholic priest for the Archdiocese of Denver on the 15th of May 2010. 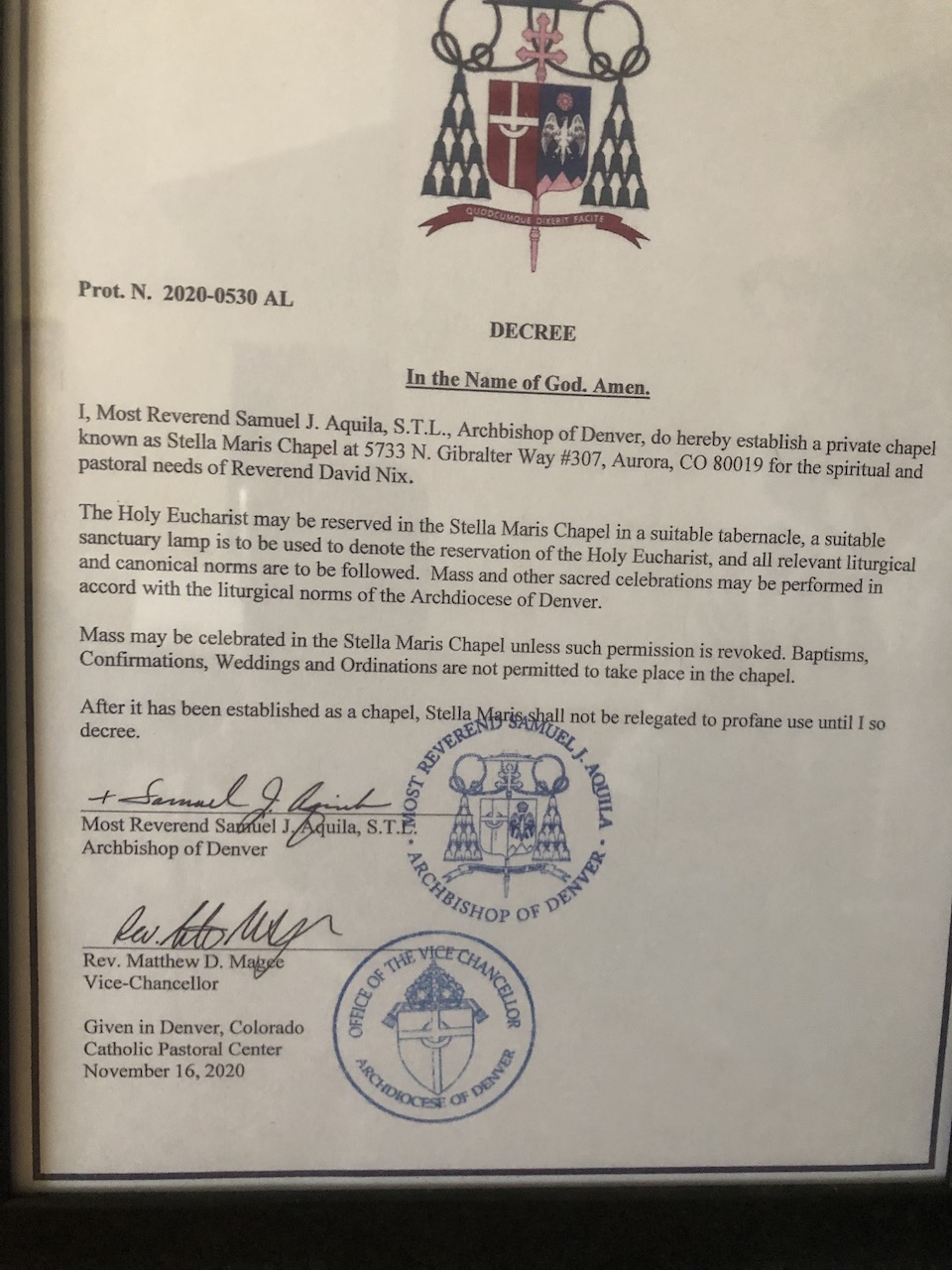 Now as a diocesan hermit, here is a decree for my chapel. 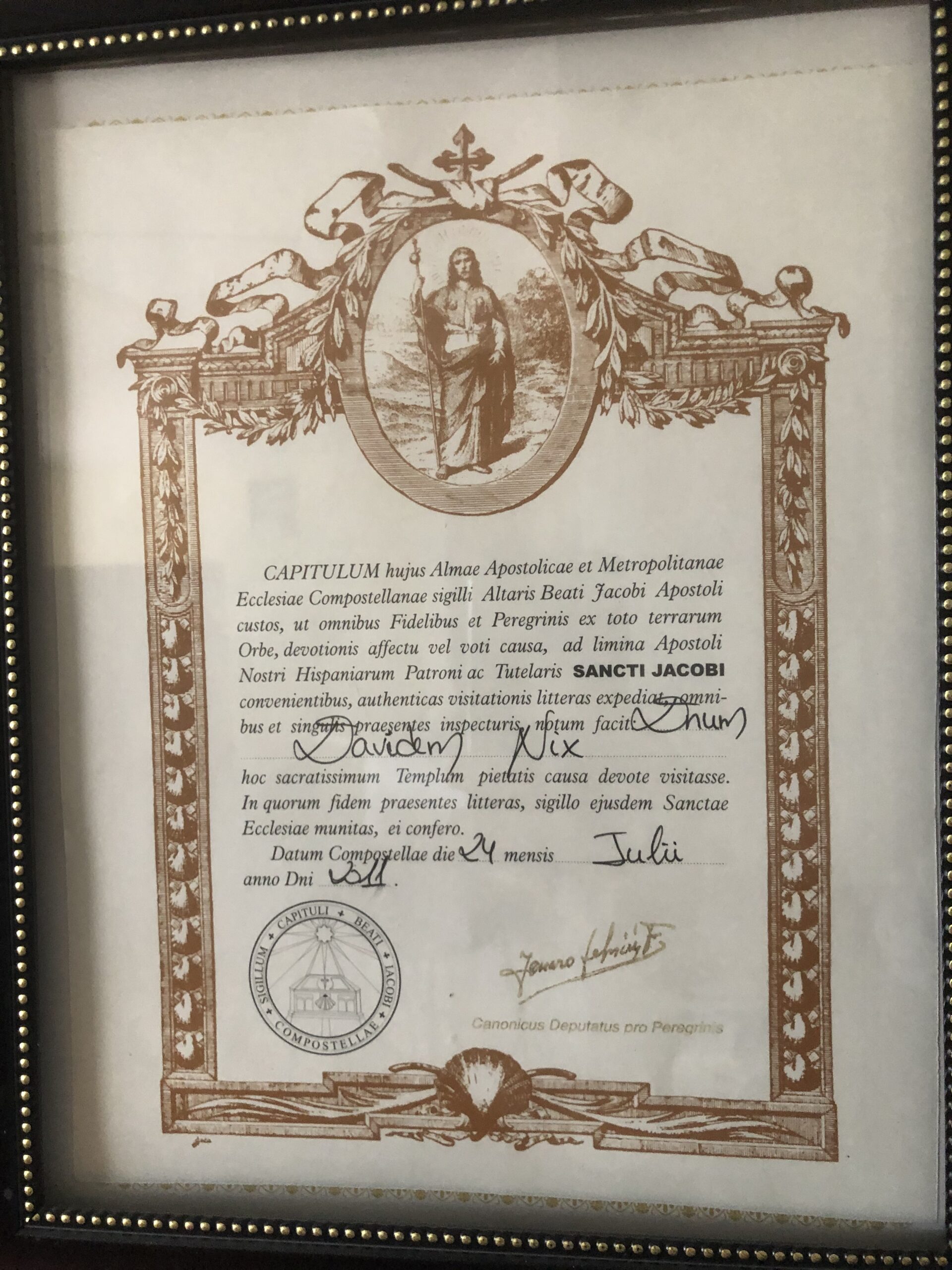 This is the Compostela, the certificate for walking the Camino of Santiago.  I did the above leading students from the University of Colorado in 2011. 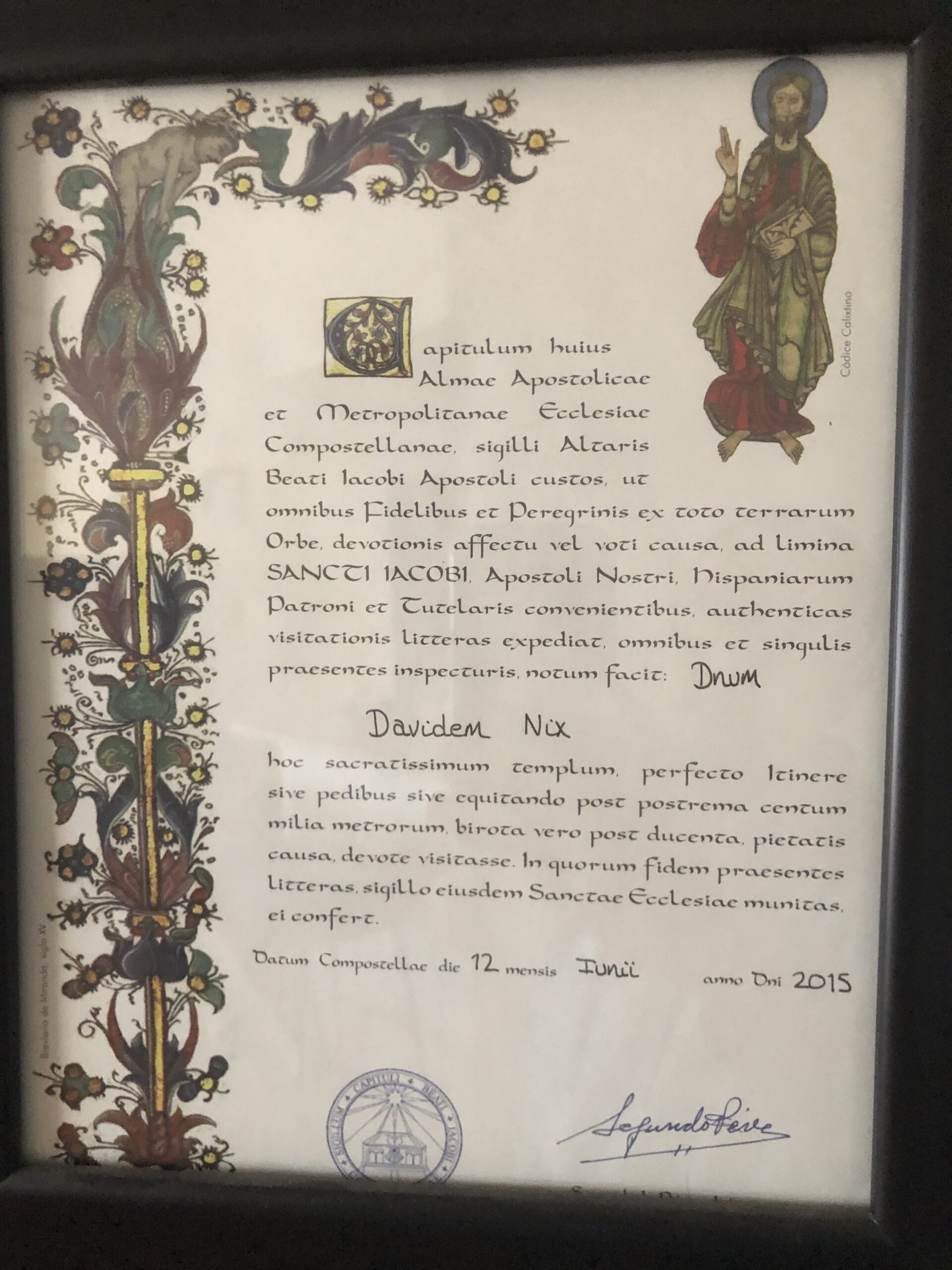 The above is my Compostela for walking the Camino de Santiago with students from Colorado State University in 2015.