The featured image above in this new section of my blog “Life” was a recent shot of me when a friend asked me to do the old rite holy water and holy salt blessing while we were praying at the abortion center.  This was before the “clients”seeking abortion showed up.  These would be those “clients” who we lovingly ask to leave the abortion center.  Certain mornings are now our day of prayer and counseling Denver’s Stapleton “Planned Parenthood” with my friend Kevin.  At this horrible facility, they kill 10,000 babies a year.  While my friend does the sidewalk counseling, I pray the Divine Office (old Roman Breviary) and walk the perimeters.

We had one “turn around” the second week there.

In pro-life sidewalk counseling, there are a few terms that can be confusing.  A “turn-around” is essentially a save.  It is when a woman or a couple decides not to execute their unborn baby.  However, it can sometimes be a false-positive, as they may unfortunately return at a later date.  But sometimes the numbers are better than what they seem:  A “no-show” is when a couple decides not to go to the abortion center.  Of course, we pro-lifers will never have accurate statistics on a “no-show” as we do not know who our prayers “kept away,” so to speak, during the day.  A “no-show” is a family who is only known to the abortion provider: Abby Johnson who ran a Planned Parenthood for five years said that anytime people were praying in front of an abortion center, the no-show rate was up to 70%.  In other words, if we are praying outside, we can be sure that (for some mysterious reason) people cancel their abortions.  We’ll never know the truth of these cases until the Final Judgment.  Here on earth, those numbers are something that only a former-worker of an abortion center (like Abby Johnson) could know.

The above video is my friend Kevin with whom I do sidewalk counseling.  I just videotaped this yesterday as I took a break from prayer there at the Stapleton Planned Parenthood.  As you can see in that video, Kevin is unafraid to tackle the real issues of where “Black Lives Matter.”  If you don’t know what I’m talking about, please watch the above linked 1-minute YouTube.  You will understand the eugenics and white-supremacy approach of Planned Parenthood to blacks, and why they have decided to kill so many African Americans.  This isn’t a Republican “counter-strategy” to BLM.  It’s the fact that democrats are behind the greatest genocide in history, and too many modern neo-con Catholics want to kow-tow to them to prove they’re not racist.  It is ridiculous to not show the simple facts.  Thankfully, Kevin simply spoke the truth in the above video that it is still the white democrats who want to kill (and use) the blacks in this country and around the world.

How about my life the other six days of the week?  Although my request to be a priestly diocesan hermit for the Archdiocese of Denver was accepted over a year ago, I did not have geographic stability until mid-March of 2020.  I now have a condo fronting as a hermitage just outside the city limits of Denver.  It is only 700 square feet, but it is clean and full of light.  It has my Traditional Latin Mass altar (my Church) and a rowing machine (my gym) a small kitchen and my computer (my pulpit upon which I am writing tonight.)  Although I always wanted to be a missionary, this now gives me some geographic stability upon which I can be launched into the world.  Although most of my rule of life is prayer and reading and education, you can see from my decree from the Archdiocese of Denver below that I have full sacramental faculties and preaching faculties for anywhere in the world that accepts my letters of suitability: 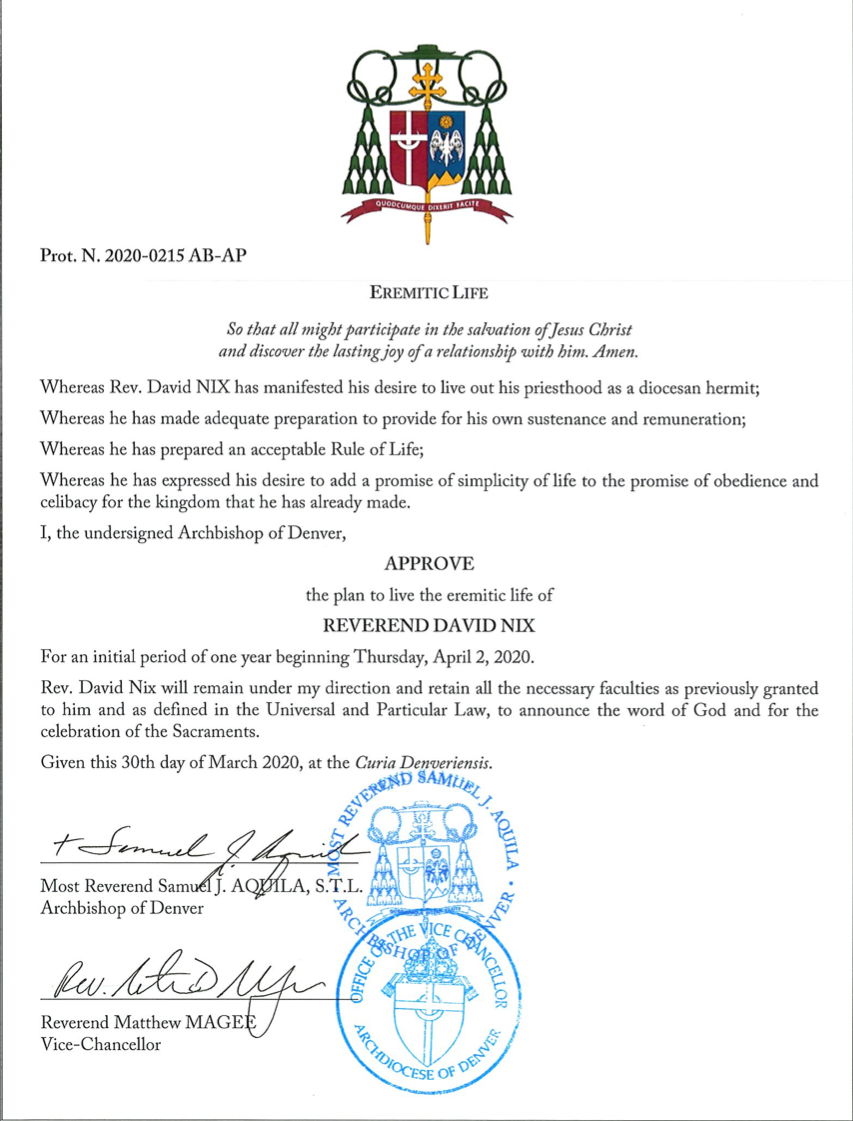 This leaves me as somewhat of a monk-missionary.  It is admittedly an odd combo to be a diocesan hermit and monk missionary, but my friends and enemies alike agree I can’t handle the politics of parish life right now in the current Catholic Church crisis. So, I’m actually quite content offering Holy Mass on my own every day, doing sacraments on-the-go, and living as a blogging, podcasting, monk-missionary in both silent prayer and evangelizing on the streets.  This is not the life I envisioned upon ordination as a diocesan priest 10 years ago in May but the only thing that I miss from parish ministry is hearing confessions.  God is still using me for that sacrament around the city and even when families show up to my hermitage.

Many of you may wonder why I have spent so much time hammering away on my podcasts and on social media in 2020 against the government overreach for coronavirus and the government under-reach for the riots and destruction of our American cities.   Is it because Fr. Nix has nothing to do besides be political?

The reason I have been preaching so hard against all of this is because I see a new religion forming in our country that threatens the loyalty to Christ of every Christian.  As I tweeted recently:

RELIGION is what 2020 is about. The masks, riots, statues, shaming, "taking a knee" and "saving lives" are all about replacing Christ, just like Islam did. But Christ is the ONLY Way, the ONLY Life. So, the end result of replacing Christ with ANY FALSE RELIGION will be death: https://t.co/AvMH5z1zJh

I admit coronavirus is a real virus that we especially want to protect the elderly from.  I admit that racism is a real problem we have to fight.  But I am not going to bow down and worship either the problem or the solution to coronavirus or racism.  I hope my readers don’t bow down to submit to their liberal governors, either: 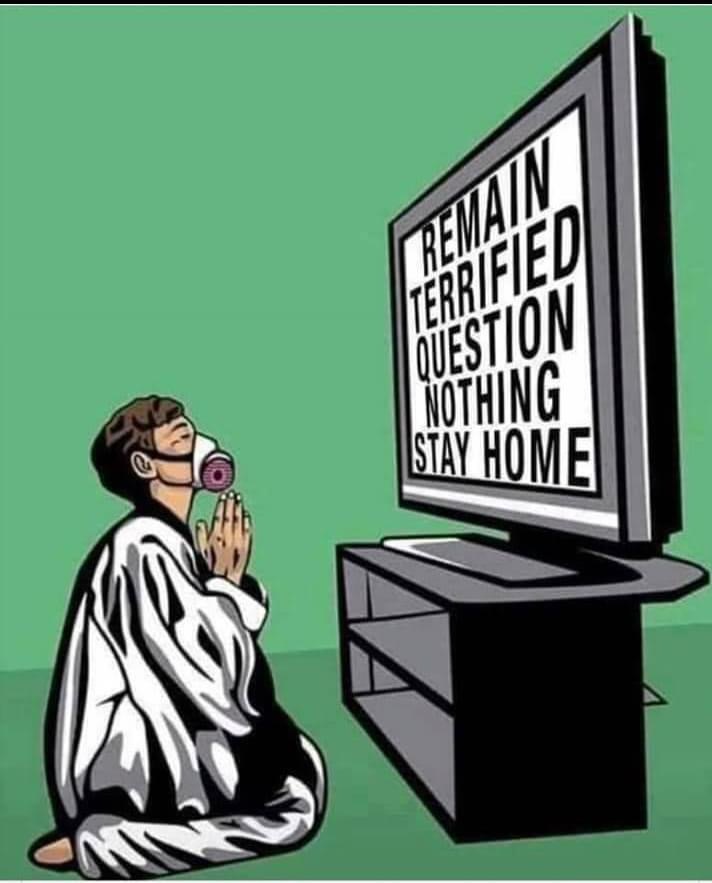 As you can see, Big Brother wants us to submit through fear.

Ironically, there is also very good news in 2020:  Although it is not up to us to discern the weeds from the wheat (which will be done by the angels at the end of time) we can get a glimpse of who remains the friends of God and who has lost their minds to kowtow to Antifa or BLM.  We are now seeing who in the Catholic Church “gets it” and who doesn’t “get it.”  To be honest, there are surprises on both ends of the spectrum.  Indeed, we are seeing who wants to be loyal to Jesus Christ and we are seeing who wants to be loyal to the Big Bad Bug or Race Riots just because the leftists tell us to be afraid, be very afraid.

But despite my heavy crosses of my past year, I can say:  I am finally not afraid.  Jesus Christ told us so many times:  “Be Not Afraid.”  This is my constant message to you as you continue following my blog and podcasts.  Yes, we know that as the USA seems to dissolve in 2020.  But God knew this would happen and still promises His faithful love as the world around us collapses:  “‘For the mountains may depart and the hills be removed, but my steadfast love shall not depart from you, and my covenant of peace shall not be removed,’  says the Lord, who has compassion on you.”—Isaiah 54:10.

My new teaching channel got delayed due to my commentaries on the above “political” issues, but later this summer I’ll be launching the new YouTube teaching-channel called Padre Peregrino. It will be 3x/wk of 10-min videos called Video Lectio Divinas (VLX) teaching you how to do Catholic meditation. It will also be 3x/wk of a 10-min video series teaching the Catechism of Pius X (CPX.) Subscribe at YouTube’s “Padre Peregrino” (above) for video and audio of both VLX and CPX which will probably alternate every other day. For audio-alone, just stay on Apple Podcasts “Padre Peregrino” or search the same on Android using the free app “CastBox” or similar app.   VLX and CPX will mostly be a replacement of my current podcasts. Everything will be free on YT and podcasts, of course.  Please subscribe to one of those!

Finally, thank you to all who helped me purchase this hermitage.  I am still looking for monthly donors to support my room, board and ministry  My donate page is here.  Thanks again for partnering with me to reach people with the Gospel of Jesus Christ and reform of the Catholic Church, beginning with ourselves. 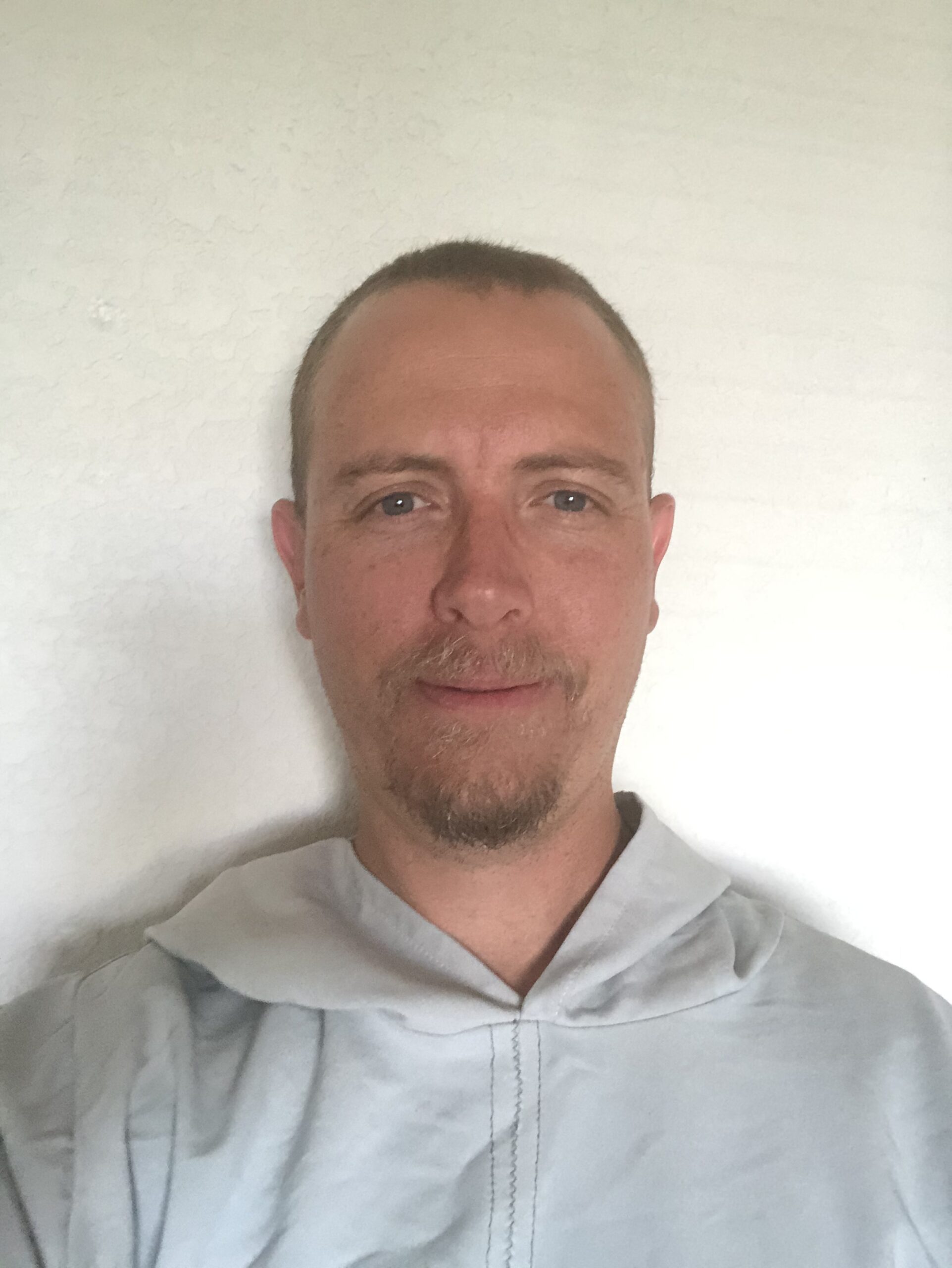